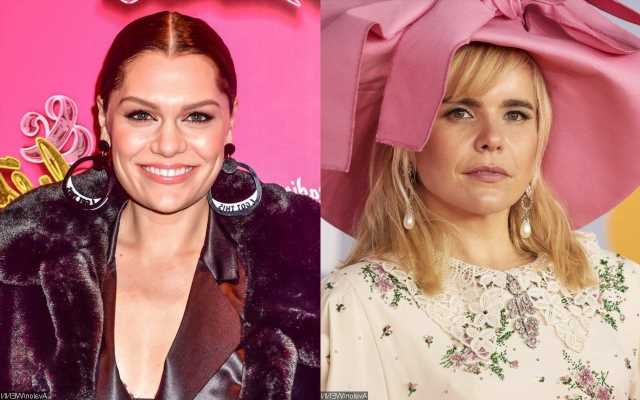 The ‘Changing’ singer sends love to the ‘Domino’ hitmaker and support her decision not to cancel her scheduled gig following a devastating pregnancy loss.

AceShowbiz –Paloma Faith has reassured Jessie J that she did the right thing by not cancelling her gig after suffering a miscarriage.

The 33-year-old British pop star announced on Wednesday (24Nov21) that she had got pregnant “on her own” before a doctor discovered there was no heartbeat.

Alongside a picture of herself holding a pregnancy test, she wrote on Instagram, “Yesterday morning I was laughing with a friend saying ‘seriously though how am I going to get through my gig in LA tomorrow night without telling the whole audience I am pregnant. By yesterday afternoon I was dreading the thought of getting through the gig without breaking down… After going for my 3rd scan and being told there was no longer a heartbeat.”

Jessie also informed fans as she broke the tragic news that she would continue with her planned performance at The Hotel Cafe in Los Angeles, which marked her second show in two years.

She added, “What I do know is that I want to sing tonight. Not because I’m avoiding the grief or the process, but because I know singing tonight will help me. I have done 2 shows in 2 years and my soul needs it. Even more today.”

And the “Flashlight” singer has been inundated with messages of support from her followers, including one from the 40-year-old singer, who shared her own pregnancy loss experience with the star in the comments.

The “Changing” singer – who has two young children with her partner Leyman Lahcine – wrote, “Jessie you are 100 per cent doing the right thing. I had a miscarriage on a film set where I was filming and I just kept filming …. You get your joy from singing and you need your joy more than ever. You will and should have a baby…. Women are amazing!”

Jessie has thanked her supporters for their “overwhelming instant outpour of love.”

She wrote, “Your overwhelming instant out pour of love is felt, received and appreciated beyond measure. And has got me out of bed this morning. Thank you. (sic)”