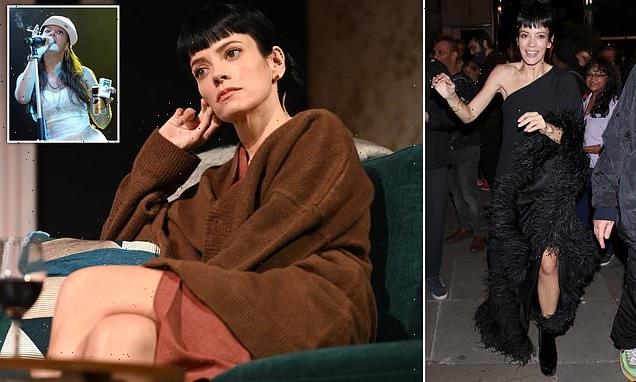 The night Lily Allen screamed the house down in theatre chiller: PATRICK MARMION reviews 2:22 A Ghost Story as the pop star makes her West End debut

Her raucous past saw her struggle with drugs and alcohol. After celebrating two years of sobriety, however, Lily Allen last night made a triumphant West End debut.

The mother-of-two starred in the opening of supernatural thriller ‘2:22 – A Ghost Story’ in which she plays Jenny, who thinks her house is haunted. The pop singer, 36, recently posted on social media: ‘Two years drug and alcohol free today! Getting clean is the BEST thing I ever did… come see me in the play I’ve been working on.’

There isn’t much that pop star Lily Allen hasn’t had a go at. But all of that sex, drugs and rock and roll may have just been a curtain-raiser.

Now she’s gone and turned her hand to the stage – straight in at the deep end with her West End debut in a new play that opened amid much excitement last night.

I say ‘deep end’, but it isn’t Shakespeare. It’s a supernatural spinechiller in which she plays Jenny – a typical North London yummymummy who thinks the house she’s having converted with steel joists and big windows might be haunted… she hears a man tramping around the stripped floors of her baby’s bedroom at exactly 2:22am every night. 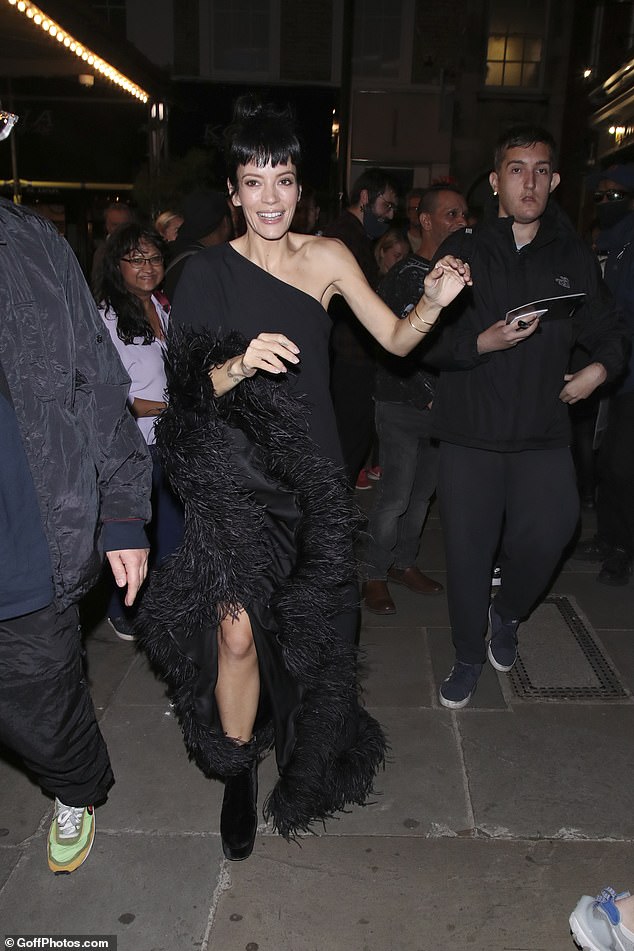 Her cynical, boorishly self-righteous husband Sam (Hadley Fraser) doesn’t believe her. He’s got an explanation for everything. The lights went out?

Yeah right… ghosts are scared of electricity – ‘just like the Amish!’ But Jenny is convinced and persuades their two dinner party guests to wait up and see for themselves… at 2:22.

American shrink friend Lauren (Julia Chan) has experience of ghosts herself from her childhood. And Lauren’s feisty working-class builder boyfriend Ben (Jake Wood from EastEnders) reckons he may have had a previous life in the French revolution – so he’s up for it too.

This isn’t the most challenging role that Allen will face should she tread the boards again.

It’s a case of following the formula to deliver the goose bumps. But deliver she does. She can scream at the screech of a fox and she can do furious flare-ups too – 0-60 in a fraction of a second.

Maybe her waif-like figure in an hour-glass dress beneath dangerously sharp cheek bones could do with a little modulation in her voice. But there is subtlety too.

She pays careful attention to the action, she has terrific stage presence and only bumps into the furniture on cue.

Crucially, Danny Robins’ play is cleverly constructed with a nice sting in the tale – although maybe there’s a little too much well-researched debate on the reality of things that go bump in the night.

Likewise, Matthew Dunster’s production lays on a few too many Hammer Horror thunderclaps and fox screeches. But he certainly has us screaming and laughing by turns as a digital clock counts down.

Did it refrigerate my vertebra too? You betcha! 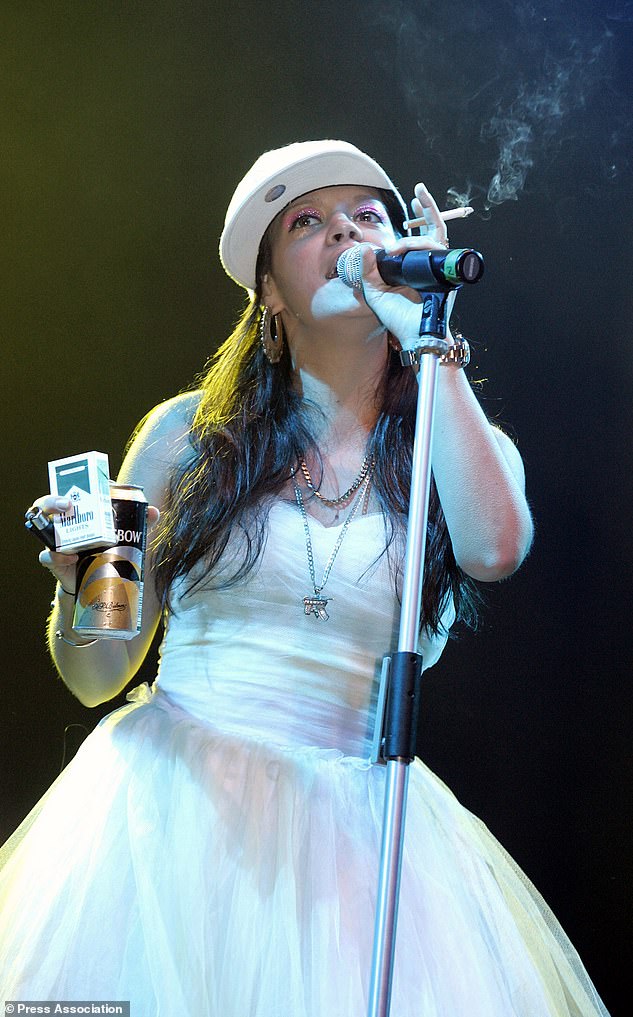 There isn’t much that pop star Lily Allen hasn’t had a go at. But all of that sex, drugs and rock and roll may have just been a curtain-raiser