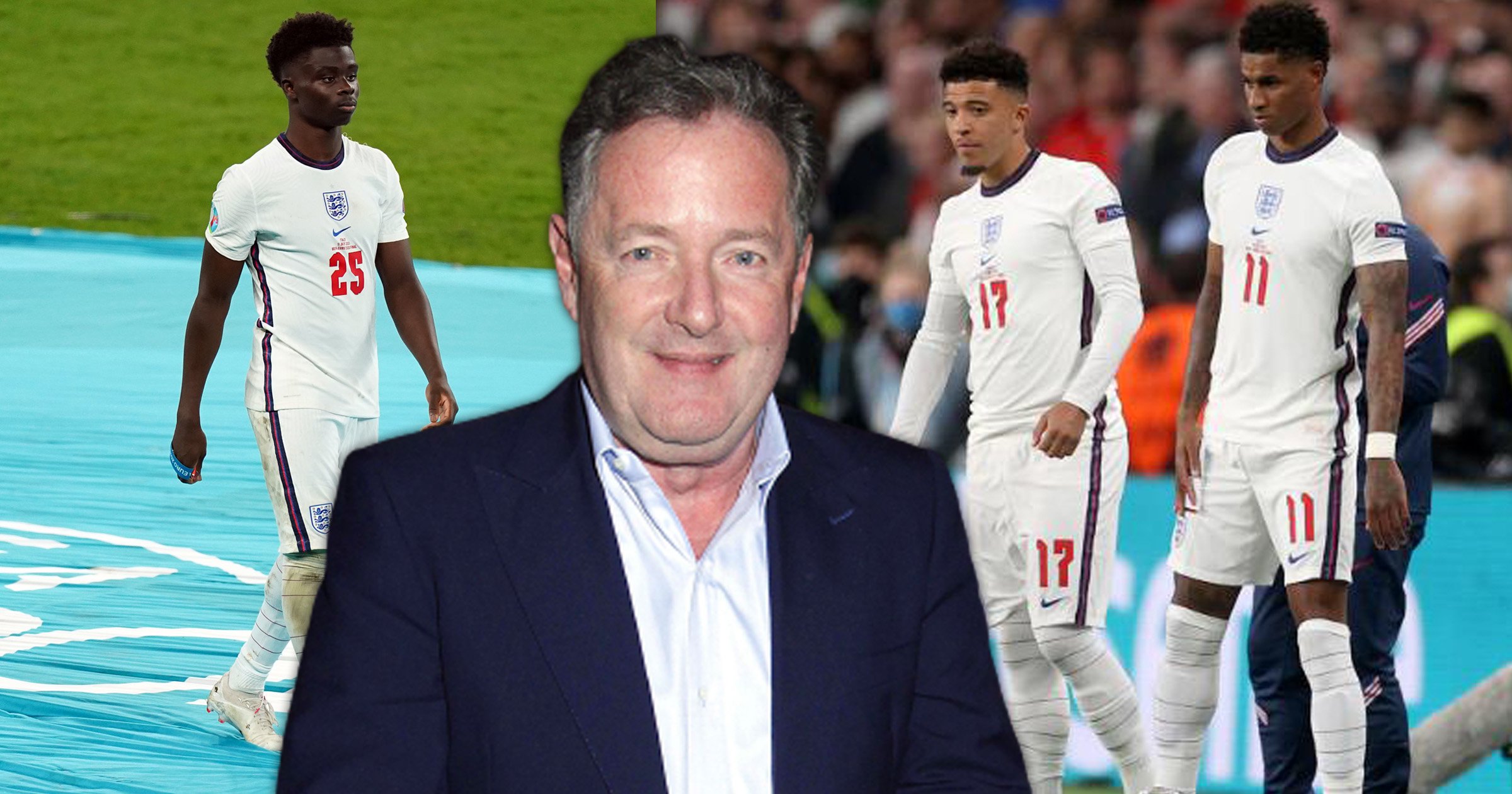 Piers Morgan has called for those who sent racist abuse to the England football players after their defeat against Italy to be held accountable.

The former Good Morning Britain host has called on social media companies to ban anonymous accounts and insist on ID verification when users set up an account to combat abuse that public figures face.

They went on to face horrific racist abuse online, with many stars calling for social media companies to do more to prevent it.

Morgan described the abuse as ‘chillingly awful, and chillingly predictable.’

‘The problem is getting worse, because so little is being done to stop it,’ the 56-year-old added in his column for Mail Online.

He added: ‘The bottom line is this: if you want to drive a car, or own a credit card, or fly on a plane, you have to reveal your real ID. But if you want to directly target black sportsmen and women with racist abuse on social media (or homophobia, transphobia, misogyny etc for that matter) you don’t.

‘You can create a fake account with fake ID that cannot be traced back to you and be free to spit your hideous disgusting rhetoric to your sick heart’s content. This is a complete nonsense and has led to an atmosphere of total lawlessness where these morons feel emboldened to spew their bigoted venom with no fear of being made accountable for it.’

Morgan went on to say that he understands the arguments for retaining anonymity on the internet but that the reasons for taking that right away are now ‘overwhelming’.

Stars including Katie Price, Adil Ray, and Vicky McClure are among 600,000 who have signed a petition to ban anonymous accounts on social media.

It’s a cause that Katie, 43, has been fighting for after her son Harvey, 19, faced horrific trolling online.

However, some have pointed out that banning anonymous accounts could do more harm than good, including for users who rely on anonymity to protect their identity.

The Department for Digital, Culture, Media and Sport previously said: ‘The government recognises concerns linked to anonymity online, which can sometimes be exploited by bad actors seeking to engage in harmful activity.

‘However, restricting all users’ right to anonymity, by introducing compulsory user verification for social media, could disproportionately impact users who rely on anonymity to protect their identity.

‘These users include young people exploring their gender or sexual identity, whistleblowers, journalists’ sources and victims of abuse. Introducing a new legal requirement, whereby only verified users can access social media, would force these users to disclose their identity and increase a risk of harm to their personal safety.’