To let Twitter tell it, one of Sandra Bernhard’s old standup specials has not aged well.

It’s the 1998 comedy special, I’m Still Here…Damn It!, where the Pose actor did a bit on Mariah Carey and used the n-word to describe the Butterfly singer. After the clip resurfaced on social media earlier in August, Bernhard faced a fresh round of criticism, including from her Pose co-star Indya Moore. 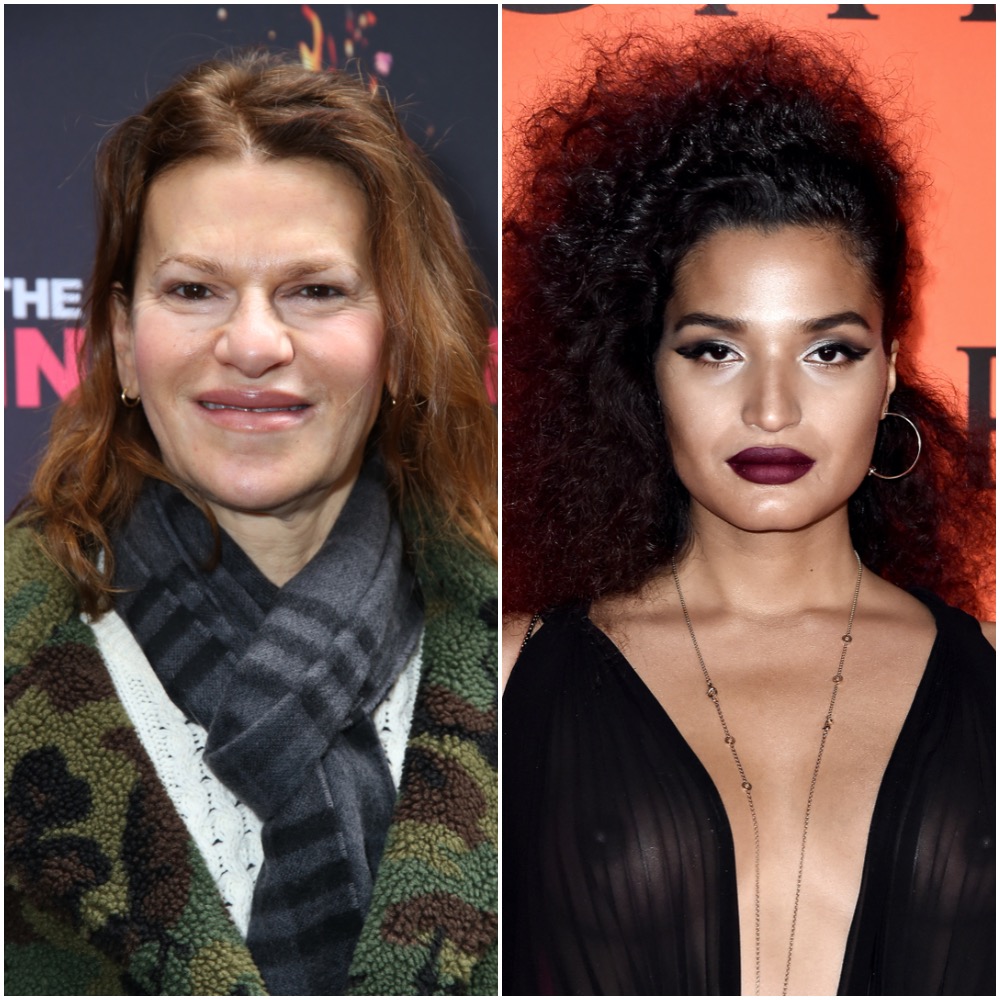 Bernhard had been talking about Carey’s musical style when she seemingly took aim at Carey’s transition from pop ballads to hip hop tunes.

“Now [she’s] trying to backtrack on our a**es, acing real n*****ish up there at the Royalton Hotel suite with Puff Daddy and all the greasy, chain-wearing Black men,” she said of the singer, who was born to an Irish mother and an African American and Venezuelan father.

Going on, Bernhard imitated Carey’s voice and acted out a mock situation where the singer would brag to the men about being Black. “I didn’t know I would be so into this moment, Bernhard mused. “Oh, yeah, well, I got a little Black in me, too. I didn’t tell you that.”

Her comments resulted in an uproar at the time, including from Mariah Carey herself. Not too long after the special, the singer told the newspaper San Francisco Chronicle:

“Sandra Bernhard used words about me that every African American I know — and definitely I personally — find inappropriate. If my skin were two shades darker, she wouldn’t have done it. I think she perceives me as white, which is a common perception. And, yeah, I am a freaking mutt and interracial freak, but she implied I was a white person trying to be black. And it is offensive to me, because I’ve been the victim of racism on both sides!”

Shadow and Act reports that Carey also allegedly complained to the NAACP, leading to the removal of the special from airwaves.

The video from the special resurfaced on Twitter on Aug. 7, when a social media user posted it along with the caption, “Just a reminder that Nurse Judy from Pose called Mariah Carey a “n****er” and made fun of other black artist.”

The post generated thousands of likes and comments, with many people angrily reacting to the clip. “Very hurtful, confusing, And disappointing,” Moore tweeted as another person wrote, “She pretty much said Mariah was cooning to her own ppl? I am just bewildered.”

“This woman was canceled for me the second this happened– and she remains there. The fact that she can still get employment is SHOCKING!! I get comedy and I get humor but this was A NO NO,” read another tweet.

Others tried to find some sort of explanation for Bernhard’s use of such a derogatory term. One person wrote, “I guess that kind of language was a theme in 90s ‘comedy’ cause I’ve been shocked to find stand up comedy videos from that era of people using all kinds of slurs and some even have the audacity to defend their jokes by saying that we are too sensitive.”

What Sandra Bernhard has to say about the criticism

So far, Bernhard has not commented on the latest round of backlash. But Shadow and Act reports that she defended herself in the past — including in a 1998 interview with New York Magazine where she justified her use of the word due to an alleged carte blanche from Paul Mooney and her “huge Black following.”

“I think anybody Black who comes to my shows gives me carte blanche to say that because I’m really coming from their place,” she added in a 2006 interview with Seattle Weekly. “I’m not some cracker up there…It’s so obvious that I’m a part of that culture.”

She also clarified in a 2018 interview on Watch What Happens Live with Andy Cohen that she was a fan of Mariah’s and never had an issue with her. When she told Carey that directly, the Caution singer said, “Well, well, well. Well, there’s no need to go back down that road.”