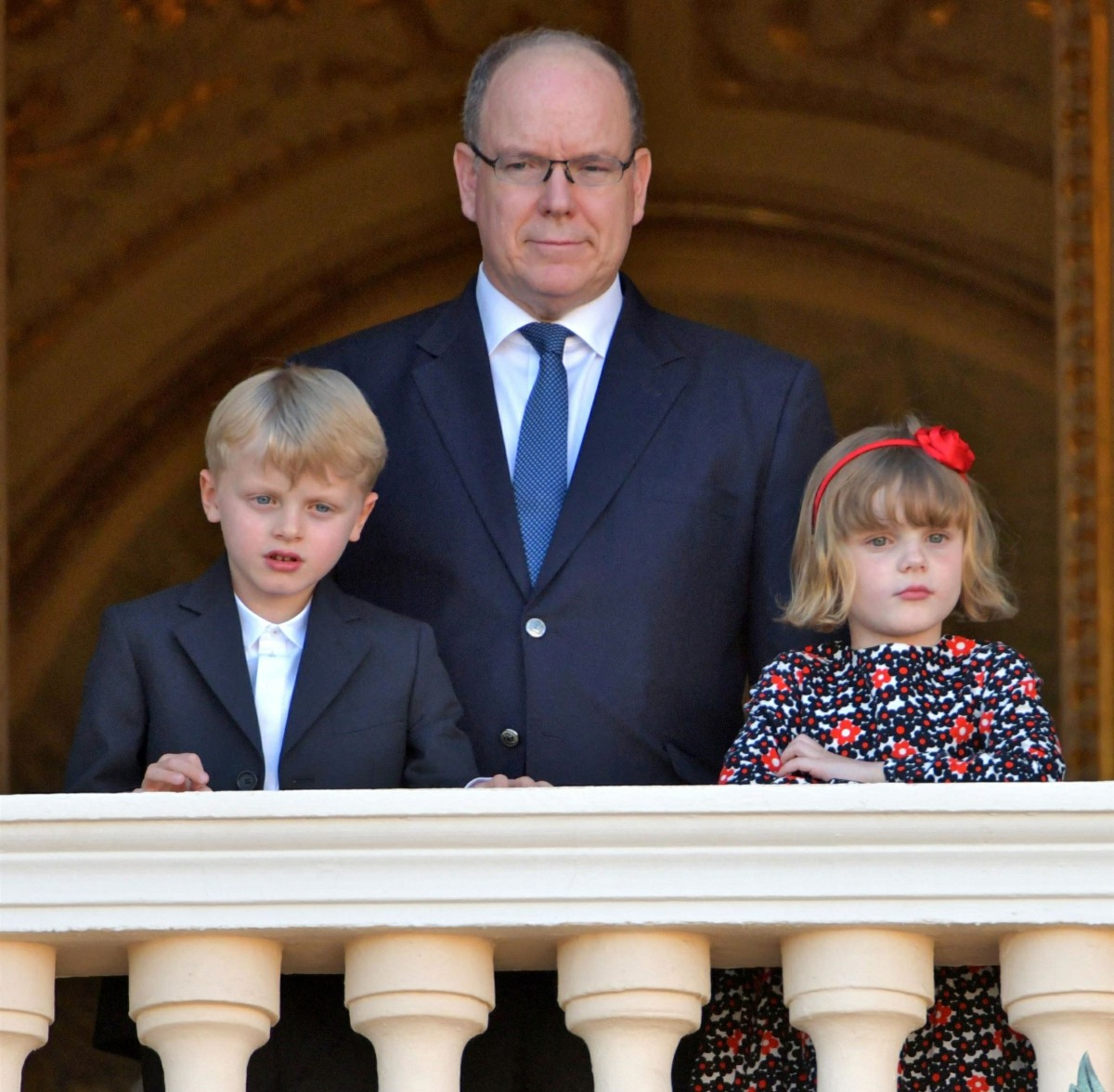 Princess Charlene has been in South Africa for more than six months, maybe longer (no one knows). She’s still battling a long-running ENT infection, and she’s had multiple surgeries and procedures to fix the issues. When Charlene left Monaco, she left her twins there. Gabriella and Jacques will turn seven years old in December, and they seem like happy, normal little kids, all things considered. So, one of the unexpected consequences of Charlene’s extended South African stay is that Albert has basically been a single father for much of this year.

I’m sure there are nannies and tutors and maids attending to the children in Charlene’s absence, but give credit where it’s due: Albert seems to enjoy being with his kids, and they are very comfortable with their father. I’ve enjoyed the sight of Albert bringing the kids out to at least a dozen major events in Charlene’s absence. They’ve gone to F1 races and boat things and various sporting events. He’s done official Monaco events with just the kids and they’re getting really good at it. As it turns out, Albert will bring Jacques and Gabriella to Glasgow with him for COP26, the climate conference.

When Prince Albert arrives in Scotland for the COP26 United Nations Climate Change Conference, he’ll be joined by a pair of VIP guests: Prince Jacques and Princess Gabriella! Monaco’s royal twins, who turn 7 on December 10, will “have their own agenda,” Albert tells PEOPLE exclusively.

“They’re on holiday [from school],” he shares. “I didn’t want to leave them alone in Monaco. This way, they will be with me before [Princess] Charlene comes back.”

Fresh off their first official state visit to Ireland, ‘Jacqui and Bella’ will “fringe” on their father’s four-day trip to the environmental summit, with “visits to museums and little places of interest.”

“I think there’s a lot of value, a lot of positives” to their participation in the trip, he tells PEOPLE. “Obviously at that age, 6 or 7, you can’t take them everywhere because they’ll get bored if it’s too official. You have to bring them in slowly into public appearances and different ceremonies. If it’s a trip, that has an official side to it, but also [they’ll need] a private side and things to discover they can find it fun and amusing.”

Albert himself experienced this type of gradual immersion into royal responsibilities, as did his sisters, Princess Caroline and Princess Stephanie, thanks to the guidance of parents Princess Grace and Prince Rainier. “Our parents took us on official trips early, but we didn’t feel they were official trips,” he recalls. “When we were young, they would go off and do some sort of serious thing. Then they would be with us in the off time. There was a lot of value to that. Jacques and Gabriella are still at the age when there’s an awful lot of discovery, right and left, on these kinds of trips,” he adds. “It’s fabulous to have these kinds of memories with them.”

I agree, that is the way to do it. To gradually introduce “royal kids” into public life and public duties, letting them do fun appearances, then letting them peel off and do their own thing while their royal parents do the boring stuff. I’m sure Jacques and Gabriella will have some angsty rebellions along the way, but right now, they’re totally comfortable with being at public events, with seeing the cameras and with getting special attention. Albert and Charlene have at least done that right. 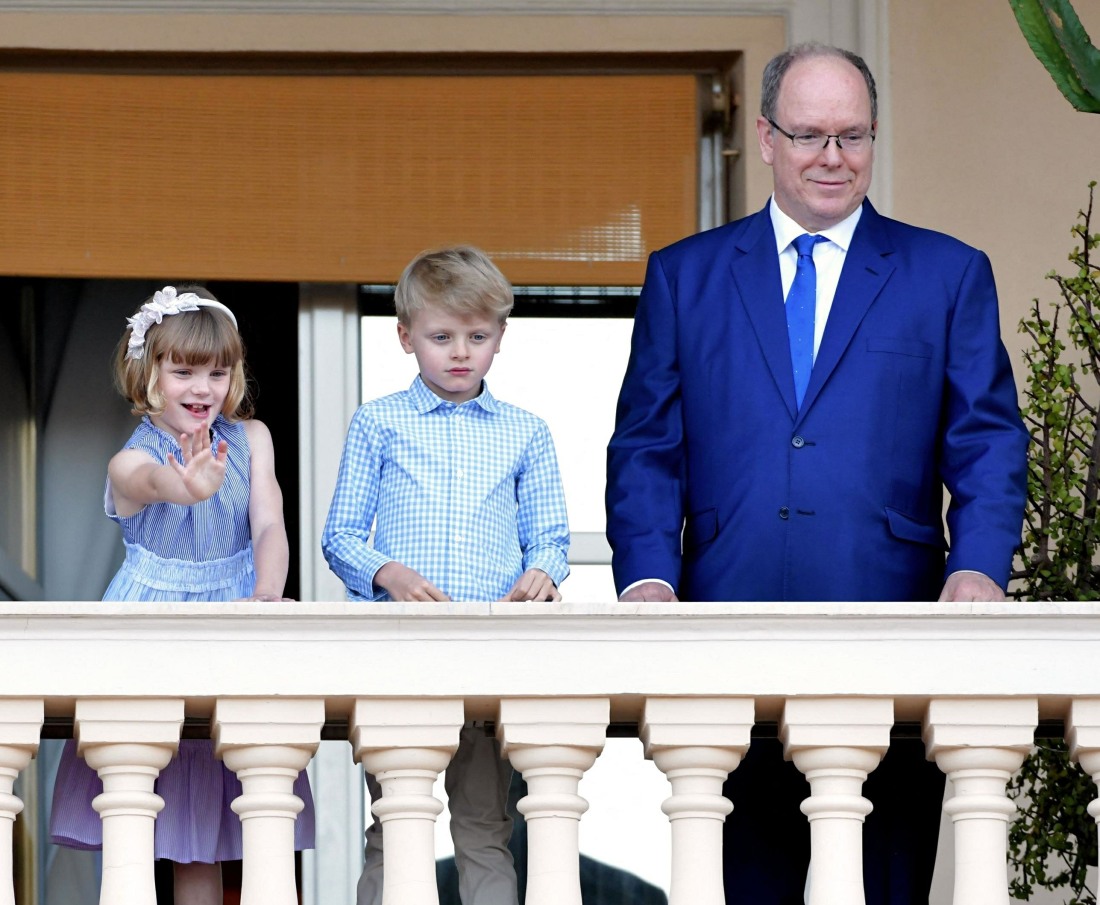 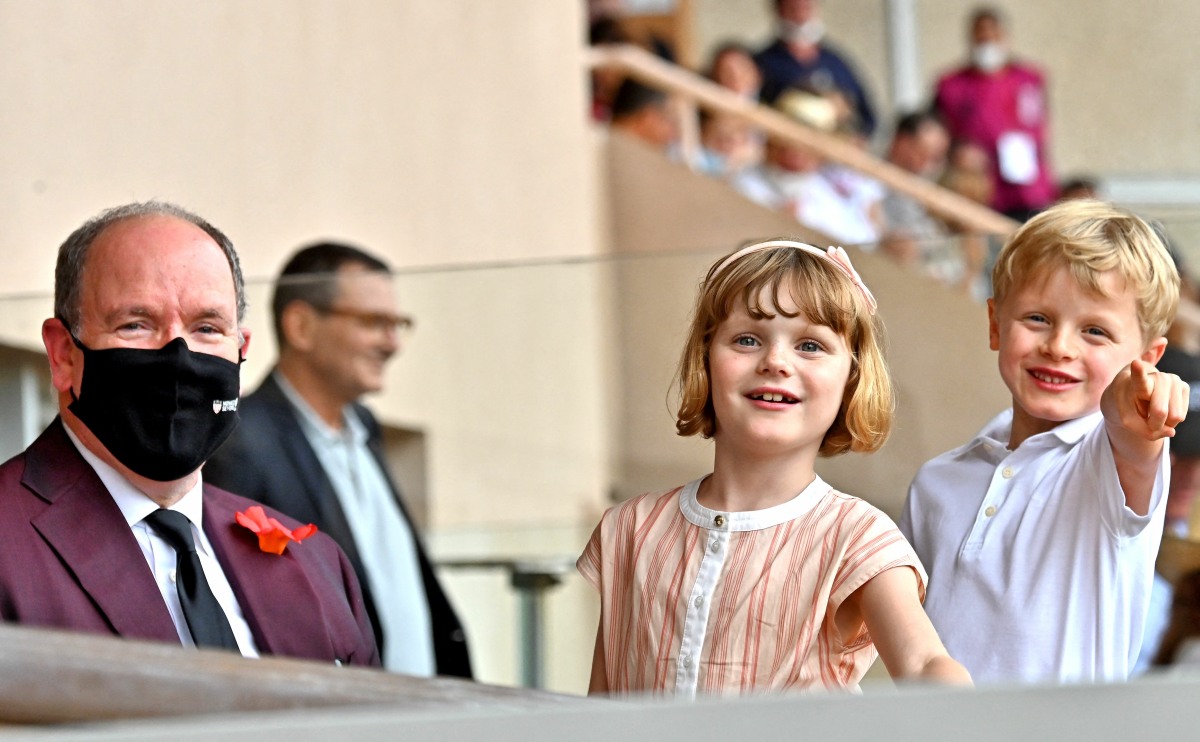