Prince George joined his parents, the Duke and Duchess of Cambridge, along with his two siblings Princess Charlotte and Prince Louis for an afternoon of family-friendly outdoor activities in the Back to Nature Garden at the 2019 Chelsea Flower Show.

In a Twitter video uploaded to Kensington Palace’s profile, Prince George, 5, looks as adorable as ever swinging from a rope in the garden his mother helped co-create.

“Twenty,” Prince George declares as he continued to swing from the rope.

“Twenty? Twenty out of ten? I think mummy has done pretty good,” the Duke of Cambridge responds with a laugh. Then, in a sweet moment between the couple, William turns to look at Duchess Kate as she plays with Prince Louis, delighted by Prince George’s answer: “How amazing is that?!”

Prince George wasn’t the only royal from the Cambridge to join in on the fun. In the same Twitter video, Prince William also takes a turn swinging from the rope. The Duke of Cambridge even asks for a push from Princess Charlotte. The father of three was also photographed playing with his youngest son Prince Louis. Prince Charlotte, 4, even showed her independence by confidently swinging on her own: 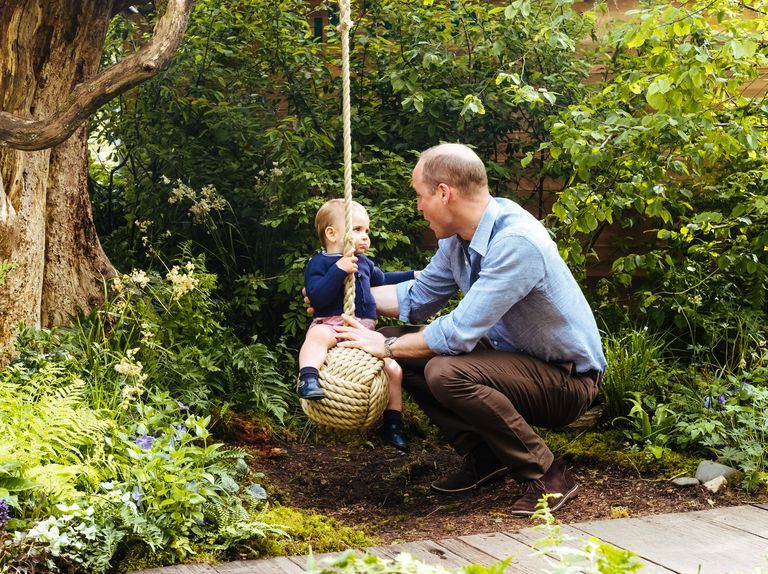 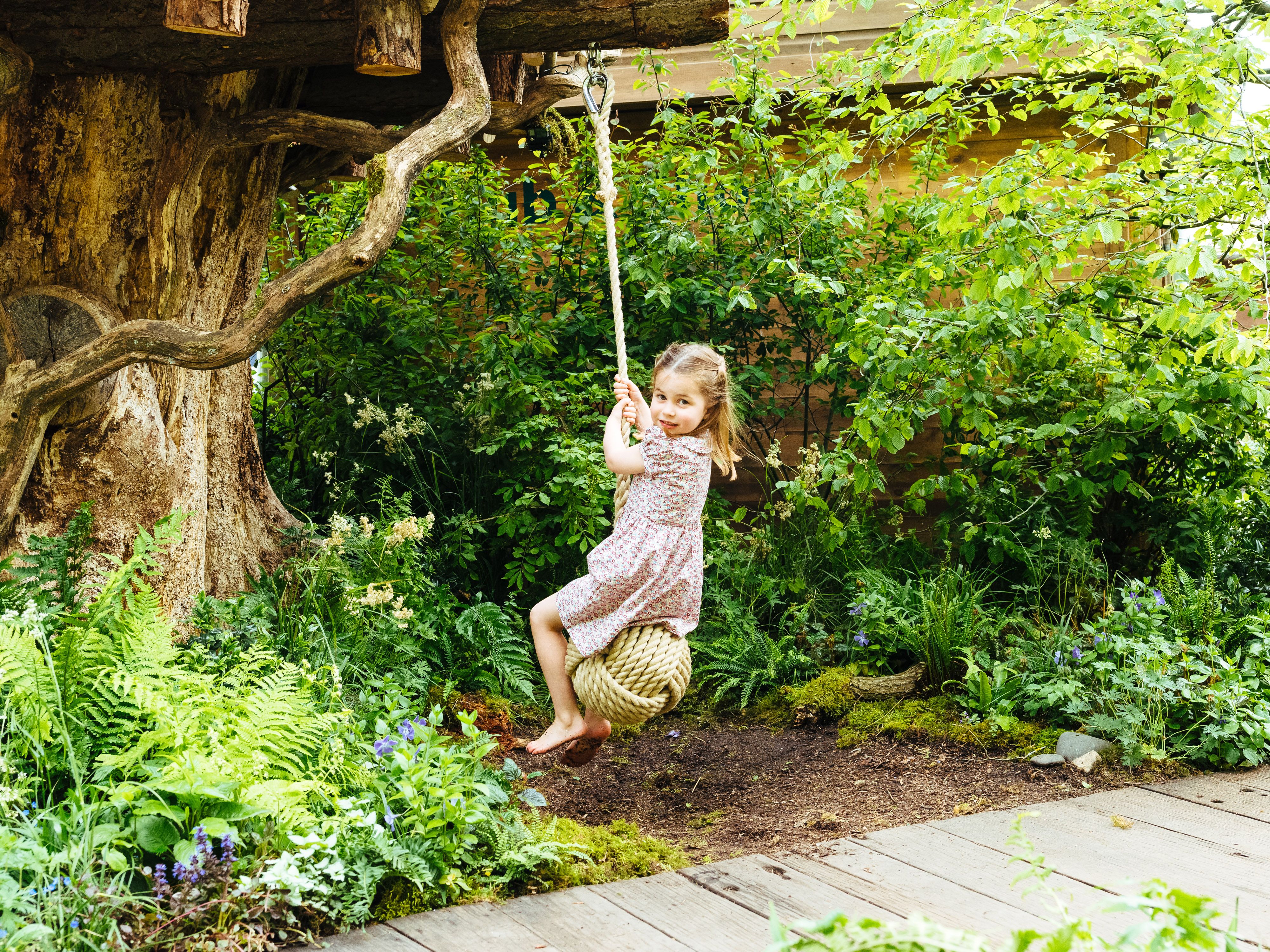 Kensington Palace also shared a 45-second long video to their official YouTube channel showing even more precious and intimate family bonding. Princess Charlotte is audibly screaming out for joy as she runs around before a scene of Prince George hanging out by wooden teepee flashes onto the screen.

In the following clip, a barefoot Prince George leads the way as he climbs over rocks while Princess Charlotte, who Duchess Kate shared she nicknamed Lottie, appears to have no qualms taking off her shoes to follow her big brother.

Although he recently turned one-years-old, Prince Louis was spotted walking towards the camera and flashing his adorable smile. The precious video concludes with Prince George and Princess Charlotte, sitting next to each other on a wooden boardwalk with their feet in the water.

We can’t get enough of this adorable family!