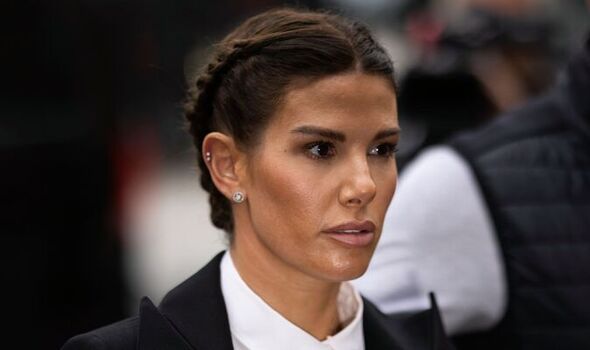 Rebekah’s barrister Hugh Tomlinson QC reportedly charges £10,000 a day, while Coleen’s lawyer David Sherborne charges about £8,000. But there will be no appealing the decision to back Coleen’s social media claims.

A source said: “It’s all over and Becky wants to move on. She is extremely frustrated with lawyers and the legal process – so hell would freeze over before she wanted to go back into court.

“At the moment, she is enjoying being a mother and a wife. She was pregnant with her youngest child when this blew up and the girl Olivia is now two.

“So Becky is enjoying her time and does not want another legal fight to get in the way.”

It had been reported Rebekah may appeal after she said she was “devastated” and branded the decision “unjust” and “wrong”.

She sued over an accusation she had leaked details of Coleen’s private life from private Instagram posts to the press.

Her lawyers pored over the 75-page judgment for a possible return to court.

But Mrs Justice Steyn had been damning in her ruling against Rebekah, dismissing her evidence as “evasive or implausible” and accused her of deliberately deleting crucial WhatsApp messages.