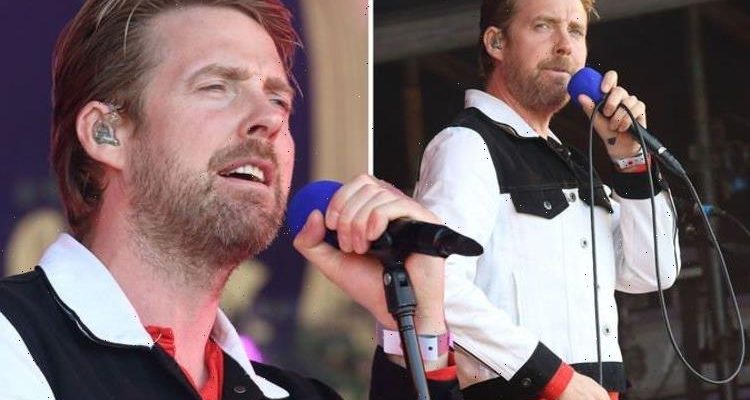 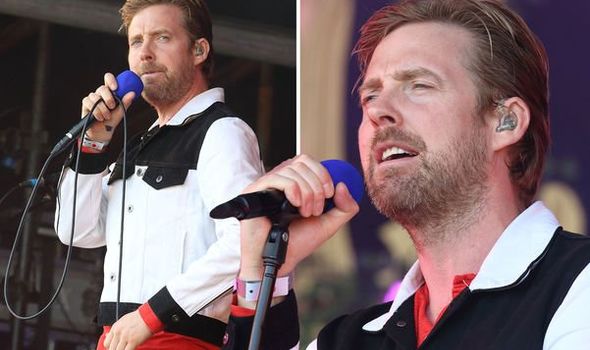 Ricky Wilson stopped the music to list off the types of approved Covid-19 vaccines and asked fans to cheer depending on which one they had received. The 43-year-old went on to say, “Let’s hear it for the anti-vaxxers”, which was met with a widespread of boos.

The controversial moment was slammed by nutritionist Gillian McKeith, who branded him a “drug baron”.

She tweeted a video of the moment alongside the caption: “Omg!

“This has to be the most depressing, manipulative scene I have ever witnessed from the music world @KaiserChiefs.

“How much was he paid to become a drug baron? Pushing segregation and encouraging bullying. #NoVaccinePassportsAnywhere #NoMedicalApartheid.”(sic)

Hitting back in view of his 359,000 followers, he replied: “No bullying Gillian, and no one is getting paid.

“I believe what I believe. You are using your influence every single day to share what you believe (Which you have a right to do) and I do it once and you label me manipulative?

“Please leave me alone in future.”

One wrote: “The most un rock n roll speech ever!”

“Play music and stop trying to cause a division in people,” a second added.

A third commented: “I was there and no way would what u said be classed as bullying that word gets thrown around far too much these days!

“Seems your not aloud to have a little fun these days unfortunately, everyone there last night took it in good spirit.”(sic)

A fourth added: “If anyone is offended about Ricky Wilson from Kaiser Chiefs making a comment against the unvaxxed at a concert, the best course of action is actually getting vaccinated you melons.

“Good on you @Rickontour, one of many reasons Kaiser Chiefs is one of my favourite bands.”

Ricky followed up his post, writing: “I thought that the virus was frightening, but the dedicated velocity of the ‘Vaccine Risk Aware’ community is swift, personal, harsh, expletive ridden and effective.

To enter the festival, attendees over the age of 11 were asked to provide details of their COVID-19 status.

They had the option to prove they had been double jabbed or proof of a negative lateral flow or PCR test.

According to the Government and the NHS, receiving both doses of an approved jab gives you the best protection against Covid-19.