Cristiano Ronaldo and his partner Georgina Rodriquez enjoyed a happy evening surrounded by family before they were struck by tragedy.

The Manchester United star, 37, and model, 28, made the devastating announcement on Monday that their son had not survived childbirth.

Georgina had been expecting twins, with the pair announcing the news with a joyous post in October, however only their daughter survived delivery.

They said that ‘only the birth of our baby girl gives us the strength to live this moment with some hope and happiness.’

Cristiano and Georgina are currently going through ‘the greatest pain any parent can feel,’ an utter shock for a family who appeared so happy just days earlier.

On Sunday morning, as reported by the MailOnline, Georgina shared a sweet video on her Instagram stories showing their extended family enjoying a barbeque in the sunshine, with her sister Ivana and a friend of Cristiano’s among those in attendance. 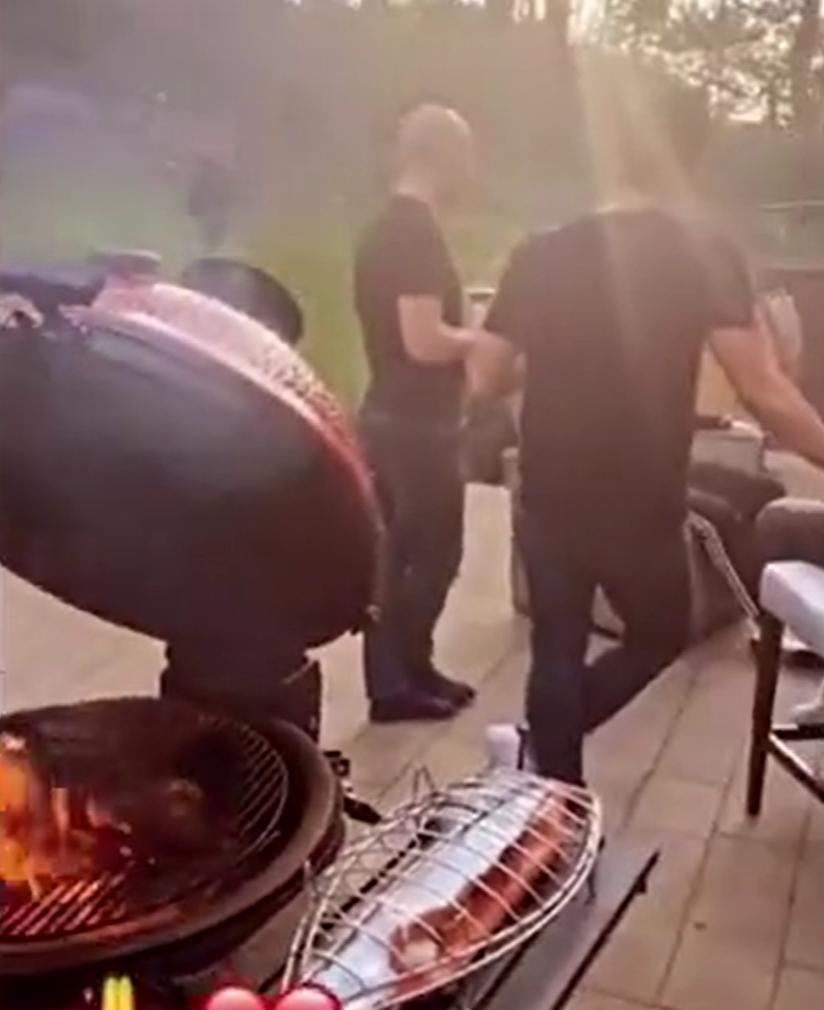 The adults could be seen sipping wine and flipping meat at the casual gathering, while the children played; Ivana sat with what is believed to be her four-month-old daughter, Deva, on her lap.

Cristiano looked relaxed as he chatted and enjoyed the sunshine, with the gathering coming after he scored a hat trick in Manchester United’s win against Norwich on Saturday.

The football legend was due to play against Liverpool on Tuesday evening, but a statement from Manchester United confirmed he would play no part in the fixture.

In a tribute to their player and his family, United said: ‘Family is more important than everything and Ronaldo is supporting his loved ones at this immensely difficult time.

‘As such, we can confirm that he will not feature in the match against Liverpool at Anfield on Tuesday evening and we underline the family’s request for privacy.

‘Cristiano, we are all thinking of you and sending strength to the family.’

Countless people have offered their condolences and support to the couple at such a difficult time for the family, including Piers Morgan, who is a friend of Cristiano’s.

He commented: ‘Heartbreaking news. My deepest condolences to you and all your family. 😢’

The new parents are currently trying to come to terms with their horrific loss while also caring for their other children.

They share daughter Alana, three, and the footballer also has Cristiano Jnr, 11, and twins Eva and Mateo, four, who he welcomed via surrogates.