RuPaul’s Drag Race alum, Laganja Estranja, has come out as transgender. In an interview with Entertainment Weekly, Estranja shared that she’s starting a new chapter in her life as an out and proud trans woman.

“There are so many other women around me who’ve inspired me to come forward today, and it’s because of their fight and their struggle that I’m able to really do this and say that I’m nervous, but I’m not scared,” the 32-year-old singer revealed. “I’m not going to live my life in fear anymore.”

After presenting as female for the past 10 years as a drag performer, Estranja realized she wanted to live out her life as a woman both on and off the stage.

“I do want to be able to express this at all times,” she added. “I just got my haircut – a very feminine cut – and in one week already, my life has changed. I’m able to come off stage and take my makeup off and still see a beautiful woman in the mirror. It’s powerful.”

Estranja, who wowed on season 6 of Drag Race in 2014, told the magazine that she just recently came out to her family who she called “incredibly supportive,” after coming out to her close circle of friends last year.

The Texas native is taking this time to explore what it means to be a woman on the inside and truly live her life out as the feminine entity she always knew she was.

“People think that when you’re trans that you’ve wanted to be a girl your whole life; yes, that’s partly true [for me], but it’s also true that I’ve wanted to be male my whole life to fit into what society deems as normal,” Estranja explained. “But, that isn’t my truth, and I’m daring to take this on. I tried to be male and be in-between and nonbinary. The truth is I’m a feminine entity and I can live this life.”

For more on Estranja, watch the video below.

The Best Makeup Products from the RuPaul's Drag Race Queens

'RuPaul's Drag Race Down Under': Meet the Queens of Season 1 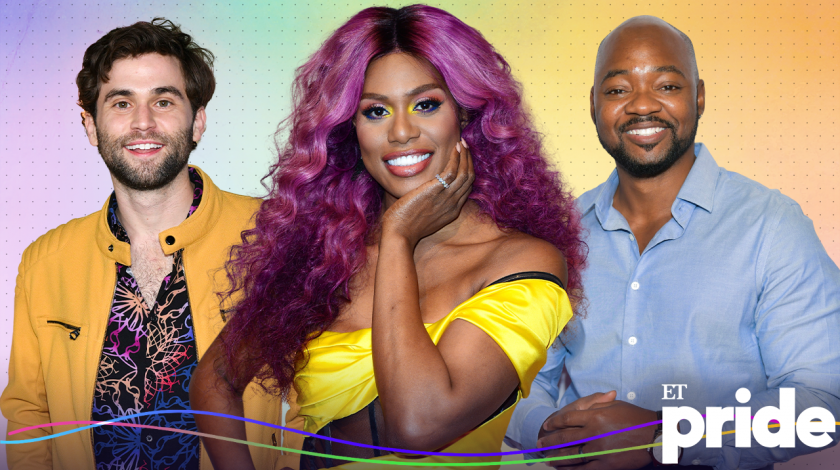