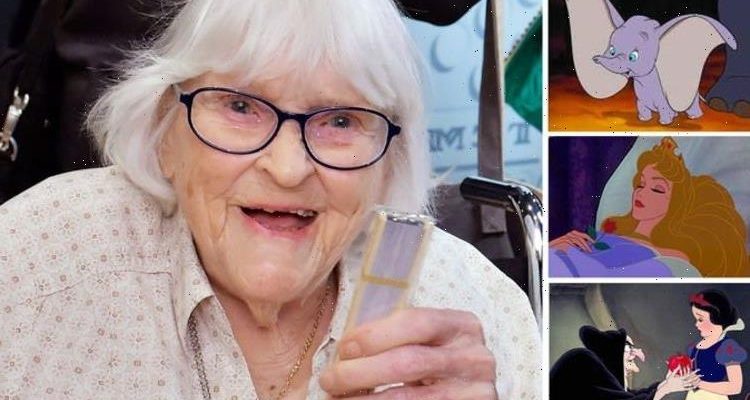 Classic Disney animator Ruthie Tompson, has sadly died according to Walt Disney Company Executive Chairman and Chairman of the Board Bob Iger. She passed at the incredible age of 111.

Confirming the news, Iger said in a statement: “While we will miss her smile and wonderful sense of humour, her exceptional work and pioneering spirit will forever be an inspiration to us all.”

Tompson passed away “peacefully in her sleep at” on Sunday, at the Motion Picture and Television Fund in Woodland Hills.

Over her successful 40-year career, she worked on some of the company’s biggest hits.

These included Sleeping Beauty, Dumbo and Snow White and the Seven Dwarfs.

A talent to say the least, the Disney icon revealed she first came involved with the company when she was just a young girl in the 1920s.

She was honoured with the prestigious Disney Legend award by Walt and Roy O. Disney in 2000, as she became the employee with the longest history with the business.

The prestigious accolade recognises individuals for their extraordinary contributions to The Walt Disney Company.

She recalled in her Disney Legends interview: “Once Roy [O. Disney] asked us neighbourhood kids to play tag in the street while he photographed us with a movie camera.

“I suppose it was for the Alice Comedies.

“He paid each of us a quarter, which I was glad for because I could buy liquorice!”

At age 18 while working at Dubrock’s Riding Academy in the San Fernando Valley, she became more aquatinted with Walt and Roy, as they frequently played polo there.

Walt offered Tompson a job as a painter in the Ink and Paint Department, which saw her work on the first full-length Disney animation feature in 1937, which was Snow White.

Despite having retired, she still consulted on several other projects, including Ralph Bakshi’s 1978 version of The Lord of the Rings.

Following news of her deaht, there was an outpouring of sadness on social media for the beloved animator who helped bring to life films that touched many childoods.

The official Walt Disney account on Twitter penned: “We are sorry to report that Disney Legend Ruthie Tompson has passed away.”

Disney Parks also tweeted: “It’s with a heavy heart we report that Disney Legend Ruthie Tompson has passed away.

“Ruthie will be missed dearly.”