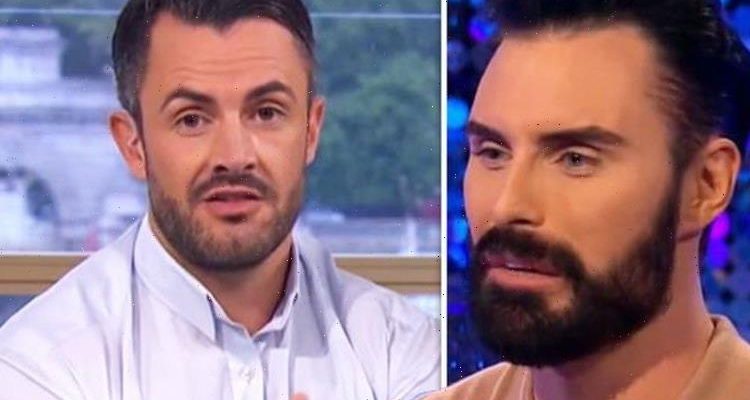 Strictly: Rylan tells Gorka to ‘keep it clean’ on It Takes Two

TV presenter Rylan Clark-Neal has asked the BBC to call him by his first name following his split from husband Dan Neal earlier in the year, according to reports. Rylan, 32, was married to the former police officer for six years before releasing a statement addressing the “breakdown” of their marriage at the end of June.

He thought it was best to have a fresh start

While appearing on Strictly Come Dancing spin-off show It Takes Two this week, the presenter was credited by only his first name, while his co-host Janette Manrara was credited by her full name.

The move comes following Rylan’s split from his husband Dan.

According to an insider, Rylan wanted to have a “fresh start” five months after the split.

They claimed: “He thought it was best to have a fresh start and the easiest way to do that was to go back to just one name.

“He didn’t want to make a big fuss – just to change it on screen,” they told The Sun.

Rylan has also removed his marital surname from his social media accounts.

Three weeks ago, Rylan returned to Twitter following a five month absence from social media amid his and Dan’s separation.

Making his comeback, Rylan penned: “So… What did I miss?”

Before announcing his return to social media, Rylan resumed his presenting duties at BBC Radio 2, after taking some time away to deal with his personal life, explaining he was prioritising his mental health at the time.

Upon his return, he admitted it felt like he had spent a really long time away from his routine.

However, in August, Rylan was spotted with his wedding ring firmly in place.

Following the announcement of his separation from Dan, the X Factor star pulled out of various work commitments, including attending the Fantasia concert, explaining that he was taking “time away from work”.

He also pulled out of presenting Eurovision later in May, and his noticeable absence from the spotlight caused concern from his fans.

However, The Strictly: It Takes Two host addressed his break from his career in a statement on social media.

Rylan wrote: “I just wanted to write a message to thank you all for the love and kindness you’ve shown us.

“We are currently prioritising our mental health and looking after the ones around us we love most.

He added: “I am working towards getting back to the jobs I love in due course.

“Thank you for being patient with me,” Rylan ended the post.

As host of spin-off show Big Brother’s Bit On The Side, Rylan interviewed Dan, who had been a contestant on the main series of the show.

They went on to marry in a Big Brother-themed wedding in 2015.

Express.co.uk have contacted Rylan and the BBC’s representatives for comment.