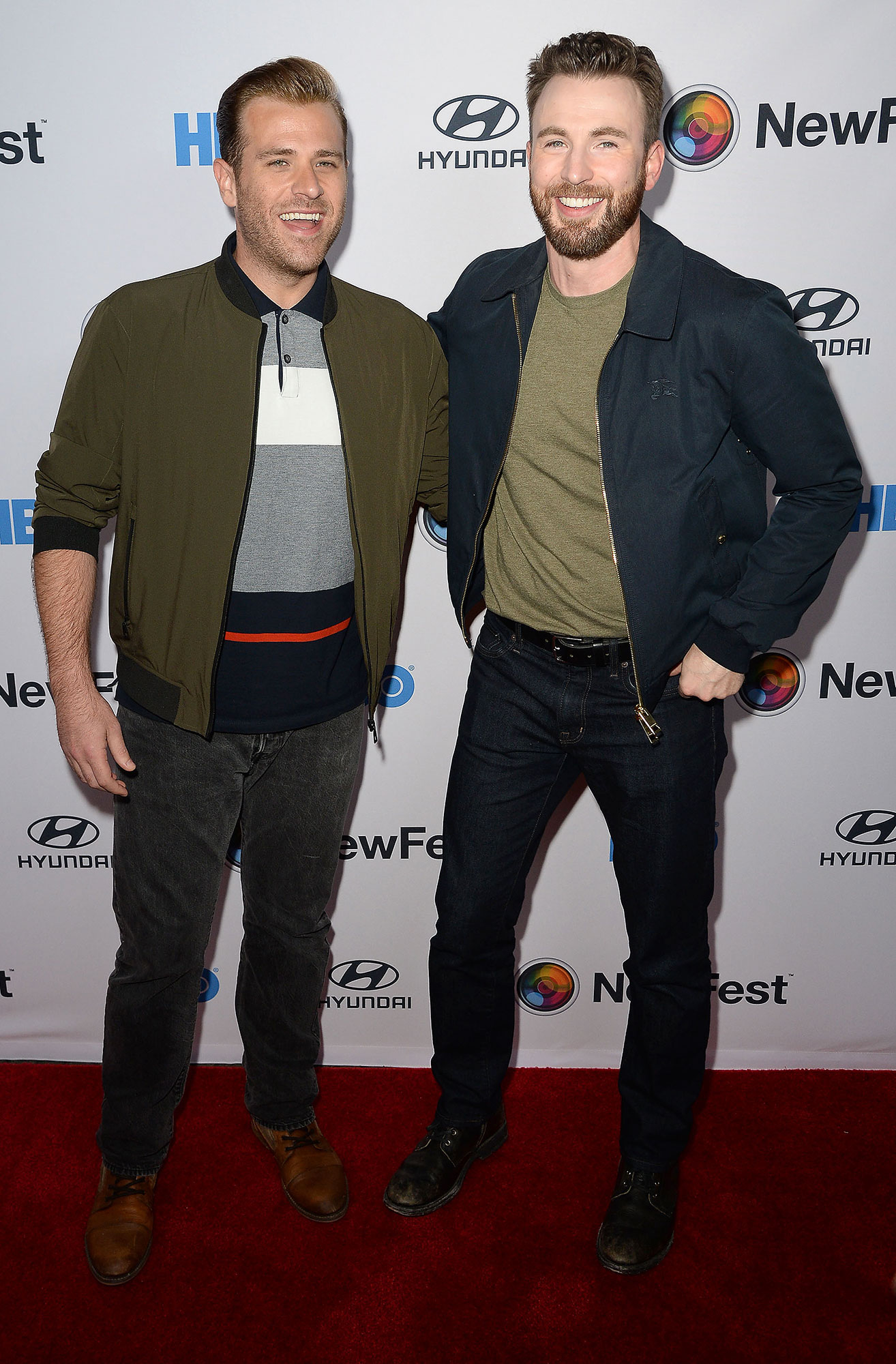 The brothers walked the red carpet together at the premiere of Scott’s new film, Sell By, on the opening night of NewFest, New York’s LGBTQ film festival.

“It was funny because I’ve gone to so many premieres and things for him and he’s never really been in town or not working where he’s been able to come to mine,” Scott, 36, told Us. “And I just randomly was like, ‘Oh, will you be able to make it to New York for this?’ And he was like, ‘Sure! Yeah!’ I was like, ‘Oh really? You’re coming!’”

In fact, Chris, 38, even volunteered to help raise exposure for the film, an ensemble comedy costarring Patricia Clarkson and Kate Walsh. “Today, I was like, ‘Don’t worry, you don’t have to do the carpet,’” Scott explained. “He’s like, ‘I’ll do carpet if you want.’ I was like ‘Chris! Amazing!’ You know, having somebody like him here is also good for the festival and exposure.”

Chris might still be in the Grace & Frankie actor’s debt, though: Scott revealed to Us that he was the “fall man” for the Avengers star during their childhoods.

“We used to get into a lot of trouble around the house — like, whether it was like breaking something or whatever — and even if it wasn’t me, I would always just take the blame for him,” Scott said. “But my mother likes to tell the story. She’s like, ‘And every time you would confess!’ And she would be so mad at my brother because she’d know I didn’t do it, and then I would confess, and she’s got to take our word for it! She can’t be like, ‘No, you’re lying. It’s him!’”

Scott also raved about Sell By, which portrays a nuanced gay couple on screen alongside other couples. “There’s not so much stress put on the fact that it’s a gay couple,” he told Us. “It’s nice to see a story that centers around other couples, instead of having, you know, the sassy gay friend or the funny best friend or the assistant, which is just like these stereotypical roles that tend to be put in movies. Having this be inclusive is just really nice.”

With reporting by Lexi Ciccone