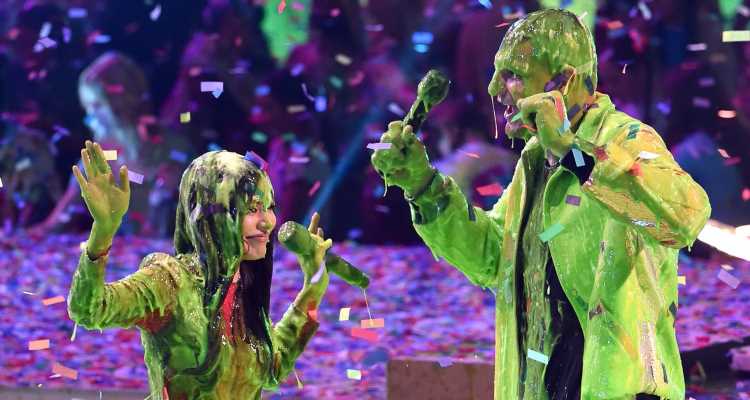 It was a night of 1,000 slimes at the 2022 Kids’ Choice Awards held at the Barker Hangar on Saturday (April 9) in Santa Monica, Calif.

Hosts Miranda Cosgrove and Rob Gronkowski were among the stars that got slimed during the show.

They aimed for 1,000 slimes, and with the help of many all over the country, they made it 998 by the end of the show. The co-hosts then became the final two needed to reach their goal!

In addition, there were quite a few celebs who also got slimed, including one who was slimed so hard they fell down.

Click inside to see all the celebs who got slimed…

In case you missed it, check out all of the KCA winners from tonight!

The cast of Warped!

The cast of Danger Force

Click through the gallery to see more slime photos…