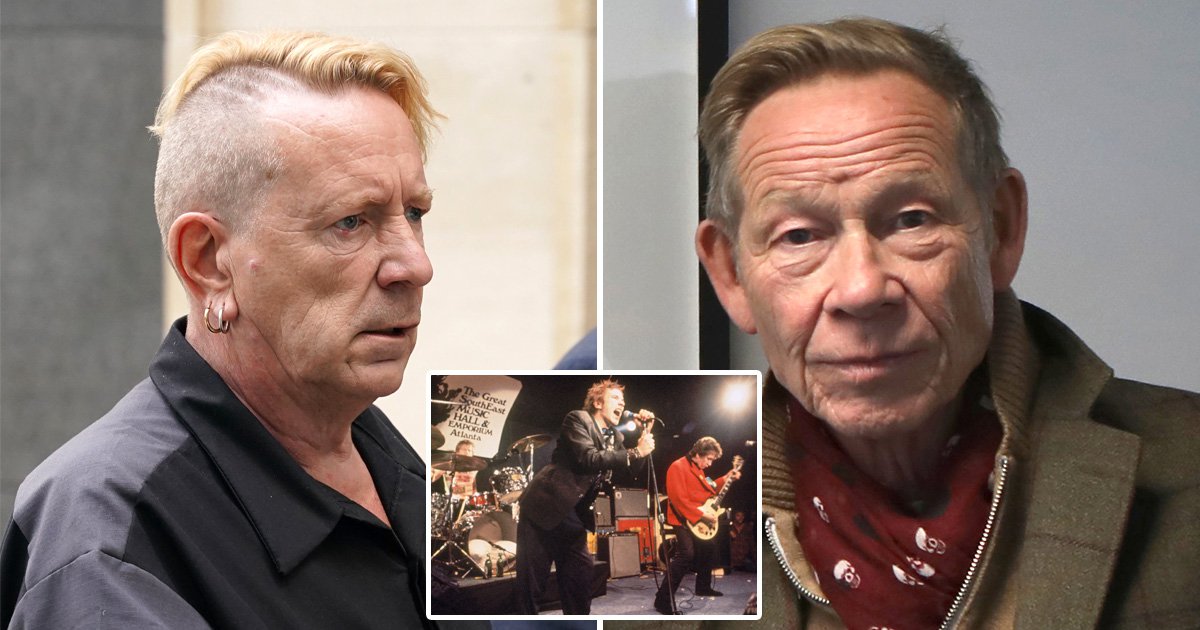 The band The Sex Pistols might be over for good following drummer Paul Cook and guitarist Steve Jones’s face-off in court with frontman John Lydon.

Lydon has been embroiled in a dispute with Cook and Jones over the use of the band’s music in upcoming TV series Pistol, directed by Danny Boyle.

Giving evidence on his 65th birthday on Tuesday at the High Court, Cook was asked by Lydon’s representative whether the Sex Pistols were ‘gone for good’ after he and Jones took legal action, to which Cook replied: ‘Probably.’

Lydon has been against the use of the band’s tracks in the six-part series, which is based on a 2016 memoir by Jones called Lonely Boy: Tales From A Sex Pistol, and is due to air next year after calling it the ‘most disrespectful s**t I’ve ever had to endure’.

The pair had argued that the band had a ‘majority rules agreement’ around the rights to use their music, but said they didn’t want to use it before now as it could have ruined their relationships.

Cook said in his witness statement: ‘I thought that our relationship with John would get worse when we used it.

‘Maybe Steve (Jones) and I have been too nice to John over the years in trying to maintain good relations and that we should have been tougher.

Cook also denied ‘concealing’ the TV series from Lydon, also known as Johnny Rotten, adding: ‘He had plenty of time to get on board.’

Jones, who gave evidence on Friday, told the court that he thinks Lydon is a ‘total d**k’ but added: ‘This is not about slagging anyone off in this TV series at all.’

The Sex Pistols were one of the UK’s most iconic punk bands after forming in 1975, but disbanded in 1978. The band have played shows together a number of times since then, most recently in 2008.

The trial is expected to hear evidence from Lydon later this week.