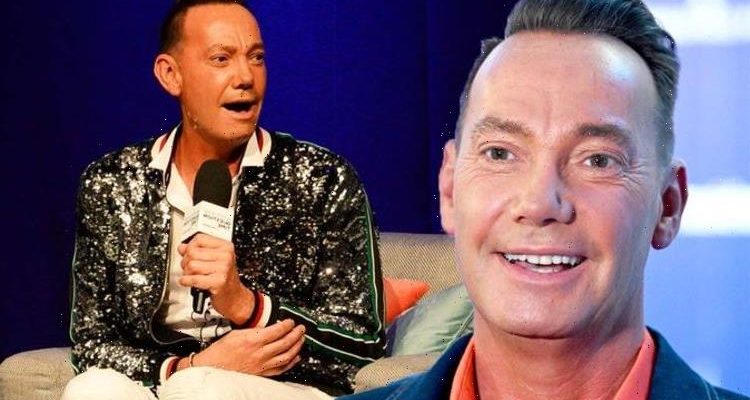 Craig Revel Horwood, 56, has explained the reason why Facebook will not allow him to create an account. The Strictly Come Dancing judge revealed that the social media giant believed he was actually an imposter, who was trying to impersonate him.

Speaking to heat magazine, Craig recounted how during lockdown, he wanted to “do something Christmssy” to lift his family’s spirits.

In a bid to spread the festive cheer, the Strictly star wrote and recorded a Christmas single alongside his friend Rietta.

When asked whether he would like to top the charts during the festive period, Craig said: “Well, we’re going to try, I mean it would be a laugh if it happens!

“Yeah, why not go for gold darling.

“If you’re entering the race, be in it to win it.

“Weirder things have happened! It will be interesting to see.”

Craig then discussed whether he had given into TikTok dance trends with his friend.

He confessed that “unfortunately” the social media platform “has to be part of our lives.”

Craig added that social media had “doubled” his workload.

Craig explained: “I deleted myself from Facebook but then, when I tried to get back on it, they wouldn’t let me have an account.

“They said I was impersonating Craig Revel Horwood.

The TV star continued: “They’ve closed my account down.

“I told them ‘this is the real Craig Revel Horwood,’ sent them my passport and my driving licence and they still closed me down.”

Craig is now preparing to judge the Strictly Come Dancing 2021 final this Saturday.

The show will see one of the dancing couples lift the Glitterball Trophy after months of preparations and various live show performances.

AJ Odudu, Rose Ayling-Ellis and John Whaite will compete to get to the top spot.

Whoever wins will become the BBC hit show’s 19th champion.