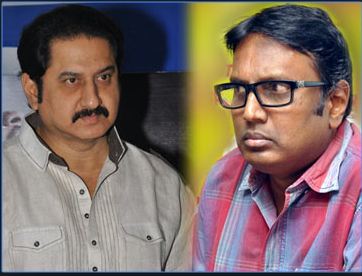 It is known news that Gunasekhar made woman centric movie Rudhramadevi in which Anushka Shetty played the lead role. The movie was directed by produced by Gunasekhar. Recently during the media interaction senior actor Suman made sensational comment on Gunasekhar.

In a recent interview, Suman said that Gunasekhar promised him that he would have a big role in his film Rudhramadevi and there would be a big fight sequence between him and Anushka Shetty but it did not happen. Suman further said that not only this, Gunasekhar also did not pay his full remuneration till date.

Now we have to wait and see how will Gunasekhar react on the allegations made by Suman.

Rudhramadevi is based on the life of Queen Rudrama Devi, one of the prominent rulers of the Kakatiya dynasty in the Deccan, and one of the few ruling queens in Indian history. Apart from Anushka Shetty, the movie also has other stars like Stylish Star Allu Arjun, Rana Daggubati, Vikramjeet Virk, Krishnam Raju, Prakash Raj, Suman, Nithya Menen, Baba Sehgal and Catherine Tresa. The film is narrated by Megastar Chiranjeevi. The film’s soundtrack and background score were composed by music maestro Ilaiyaraaja. Suman played the role of Hari Hara Devudu in Gunasekhar’ Rudhramasevi.