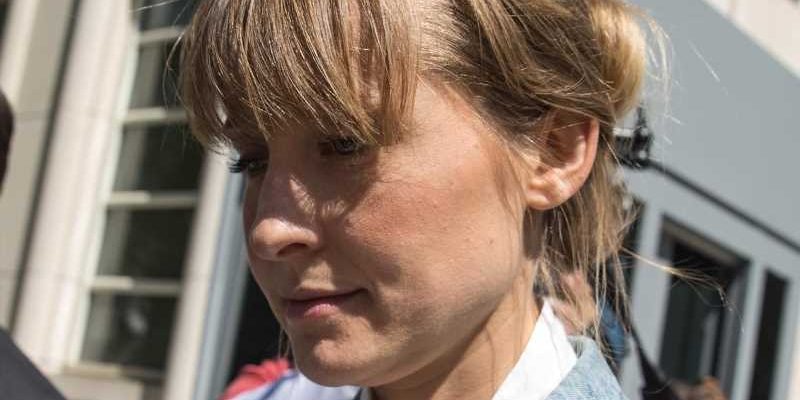 Allison Mack is set to be sentenced for racketeering and conspiracy to commit racketeering for aiding NXIVM cult leader Keith Raniere in sex trafficking on June 30, per Deadline. Meanwhile, Raniere — the man who once called “Vanguard” by his devotees — is demanding that his own conviction be reviewed. The reason? One of them, at least, is the role that Mack — who prior to the NXIVM scandal, was best known for starring in the television series “Smallville” — played as one of NXIVM’s highest-ranking leaders. His demand also comes on the heels of the news that Mack cooperated with federal prosecutors in their investigation into the cult after entering a guilty plea in 2019.

As Radar Online reported on June 22, court documents filed by Raniere’s current legal representation stated that Raniere, who was sentenced to 120 years in October 2020 for multiple counts of sex trafficking and racketeering, demanded that the court overturn his conviction, due, in part, to Mack’s past involvement with NXIVM. “The government’s proof was insufficient as to a number of other counts, including all sex trafficking offenses,” Raniere’s team also said.

Mack, who could serve up to 40 years in prison herself, might be given a lighter sentence for cooperating with federal authorities. But Raniere wants his entire conviction overturned. Which is … unlikely. Regardless, how exactly has Mack now helped in making the case against Raniere? Could she really end up with a shorter sentence? Keep on scrolling to find out.

According to Radar Online, NXIVM cult leader Keith Raniere’s lawyers argued that, along with claims that “the government’s proof was insufficient,” a possible lenient sentence for NXIVM member Allison Mack further weakened the case for his 120-year sentence. Per the filing, he also asserted that Mack had been a cooperative co-participant in procuring women for Raniere to have sex with — all after initially recruiting them to fill NXIVM’s ranks. Basically, it’s a weak argument. But let’s turn to Mack’s own sentencing.

According to Variety, Mack gave prosecutors a key piece of proof for their case: an audiotape which contained a recording of both Mack and Raniere discussing plans for how they would brand the women, referred to as “slaves” also recruited by Mack, for a secret society within NXIVM. The tape includes Raniere asking Mack if the women should be “completely nude” like a “sacrifice,” per Variety, and other deeply upsetting utterances. In the memo, prosecutors stated that “Mack provided significant, detailed and highly corroborated information,” and in doing so, asked that Mack be given a softer sentence for her help.

While it is unclear as to whether Raniere’s lawyers were aware of the memo when they began making their demands, or how long Mack will ultimately serve. It will probably still be a long time.

If you or anyone you know has been a victim of sexual assault, help is available. Visit the Rape, Abuse & Incest National Network website or contact RAINN’s National Helpline at 1-800-656-HOPE (4673).