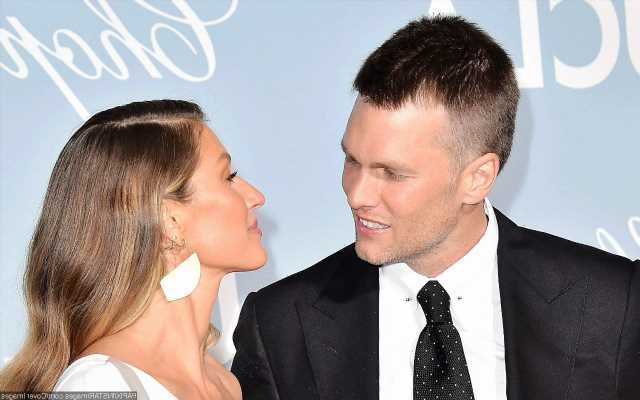 Previously, it’s reported that the seven-time Super Bowl champion’s wife threatened him multiple times to end their 13-year marriage over football due to fears over concussions.

AceShowbiz –Tom Brady has reaffirmed that he won’t retire soon. In a new interview, the Tampa Bay Buccaneers quarterback has explained why he “never quit on anything” in his life despite rumors he and Gisele Bundchen are heading for divorce.

In the Monday, October 24 episode of his Sirius XM show, “Let’s Go! with Tom Brady, Larry Fitzgerald and Jim Gray“, the seven-time Super Bowl champion shared, “I said last week that there’s no immediate retirement in my future. There was a retirement in the past, but I moved on from that.”

Tom apparently puts his love for football first as it’s reported that his wife Gisele threatened him multiple times to end their 13-year marriage over football. It’s said that the former Victoria’s Secret Angel “hoped Tom would retire from football” on “several occasions” due to fears over concussions.

To make matters worse, a source claimed that “Tom’s no longer thinking about a reconciliation.” The insider added, “His football buddies are telling him Gisele is too much trouble. They want him to rejoin the dating pool and go clubbing with them!” The informant also noted that the athlete has been “having so much fun this season and wants to play pro football as long as it’s humanely possible.”

Gisele and Tom have yet to officially file for divorce. A source informed Page Six on October 21 that “things are very nasty” between the couple “because of the lawyers.” The source added, “They are ready for a fight.”

“Tom and Gisele are not battling over the kids, they both want joint custody,” the insider went on adding, “But it will take some time to divide their immense wealth and property all over the world.” Sources said the two will have to figure out how to split their reported $400 million net worth and $30 million real estate portfolio, including a $17 million home on Indian Creek Island in Florida.