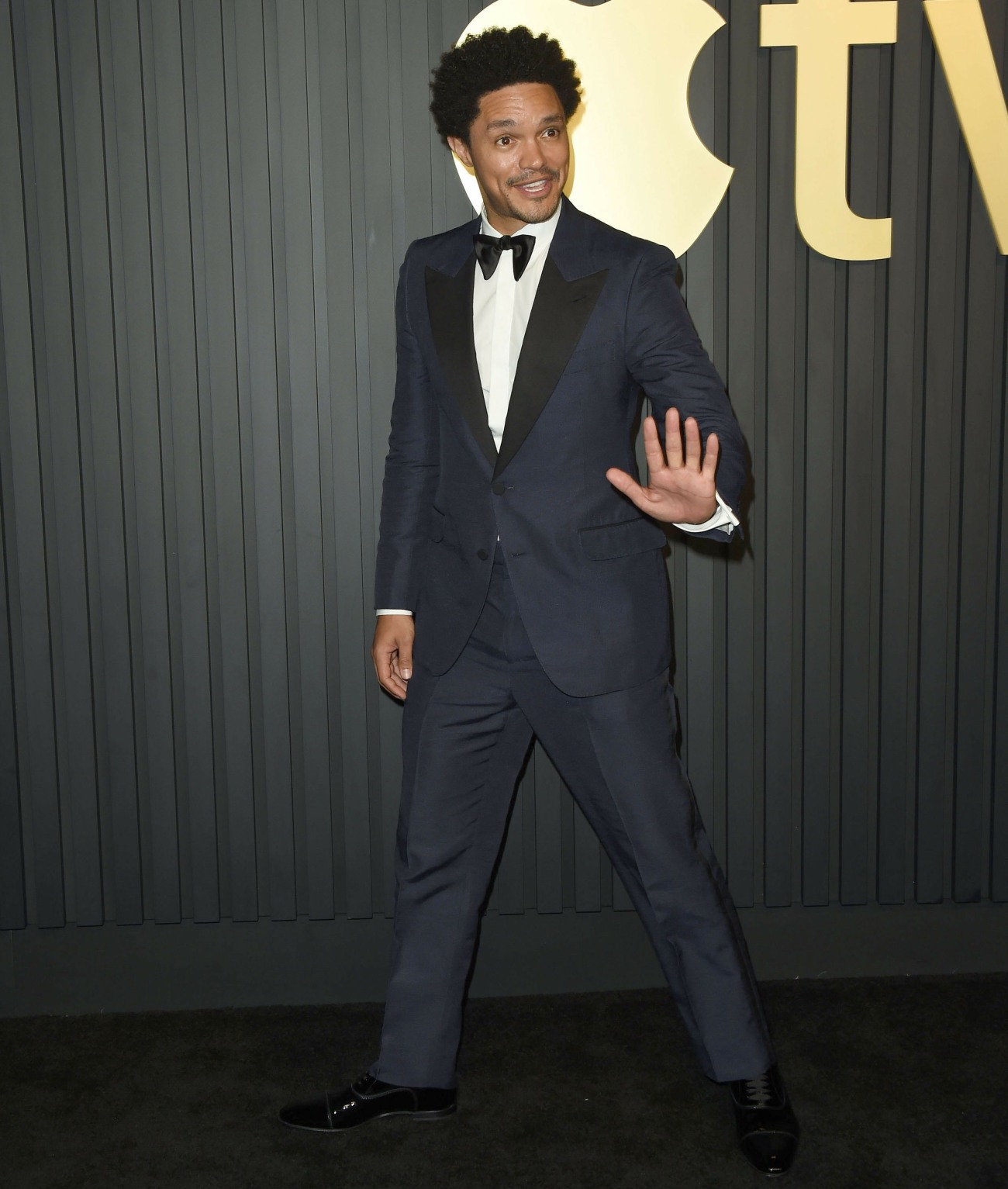 I thought we would be discussing Trevor Noah’s new relationship with Dua Lipa, because the photos of the two of them came out in the early evening on Thursday. Then last night, The Daily Show aired and Noah made a huge announcement, one which blows the Dua Lipa news out of the water. After seven years and a massively shrinking audience, Trevor Noah is stepping down as host of The Daily Show:

Trevor Noah is nearing his last laugh on “The Daily Show.” The comedian, who came out of near anonymity to take over the program from Jon Stewart in 2015, plans to exit the flagship Comedy Central series after a seven-year tenure that saw him transform it for a new generation of viewers who are more at home on social media than they are cable outlets and broadcast networks.

Noah revealed his plans to an audience at Thursday evening’s taping of the program in New York, according to two people familiar with the matter. It was not immediately clear when his actual exit would take place, or whether the Paramount Global cable network had begun to consider a successor. Jill Fritzo, a representative for Noah, could not be reached for immediate comment.

I’ll just say what’s on my mind, okay? Trevor Noah was the wrong person to take over from Jon Stewart, and Noah stayed on way too long. It was clear that the audience wasn’t buying Noah’s (Bernie Bro) shtick years ago – TDS’s audience and cultural relevance fell off a cliff during Noah’s years as host. His tenure should have been, at best, a two-year transitional gig. I’ll never really forgive TDS producers for not looking harder for a woman to replace Stewart, especially given that Samantha Bee was RIGHT THERE. Bee left TDS the same year as Stewart, 2015. I’ve always wondered if she left when it was made clear to her that she wasn’t getting promoted to the anchor desk.

As for Dua Lipa, I guess Dua and Trevor are dating now. The Daily Mail had exclusive photos of Dua and Trevor out and about this week in New York. I’m also including photos of Dua out last night, going to a Clooney Foundation event. Her dress has giant buttons, y’all know the Princess of Wales is in ruins right now. 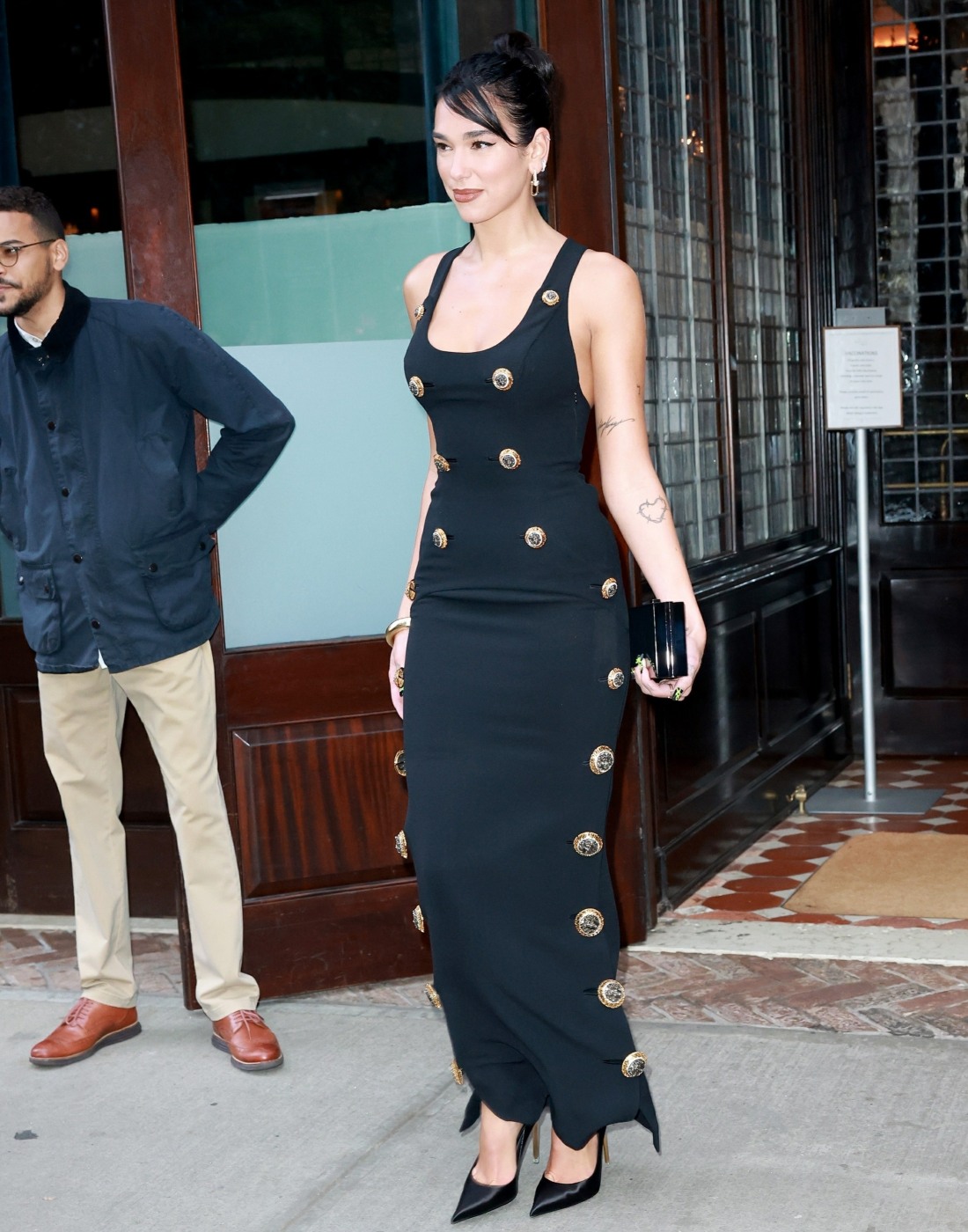 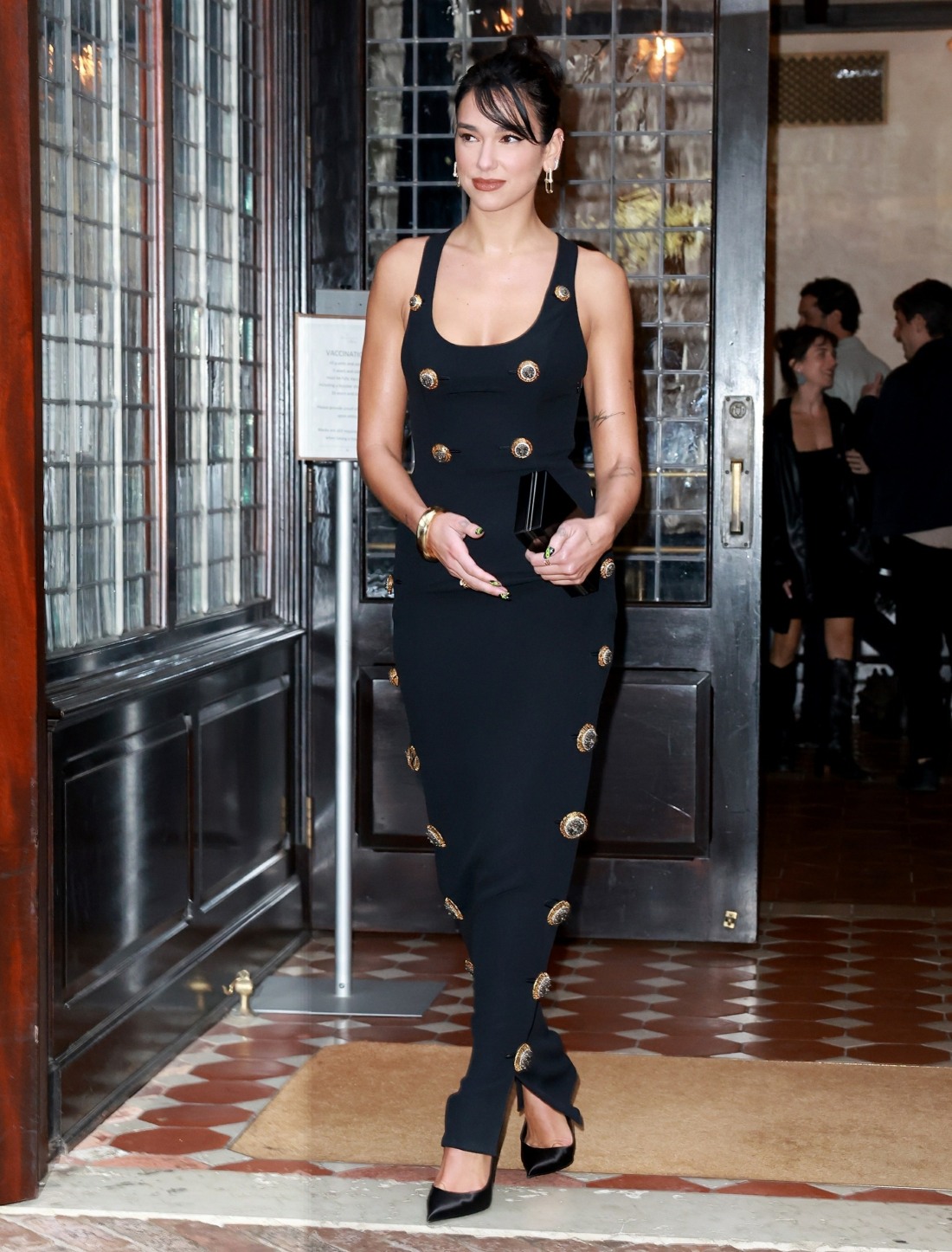