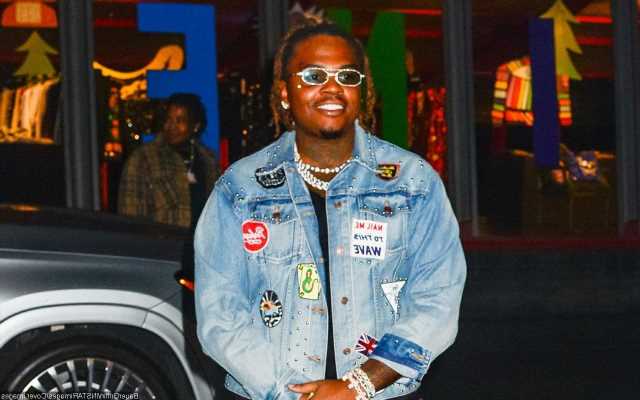 In a clip from Wunna’s latest bond hearing, judge Ural D. Glanville goes off on the incarcerated rapper’s family and supporters for making ‘outbursts’ following his decision.

AceShowbiz -The tense apparently got a little high during Gunna‘s latest bond hearing as his bail request keeps getting turned down. A video from last week’s hearing has surfaced online, showing the judge in the rapper’s RICO case threatening to have Wunna’s family and supporters arrested for their courtroom behavior.

“The only thing I can potentially do-” Judge Ural D. Glanville said in the video as he announced his decision, “like I said, I will try the case as expeditiously as possible.” He added, “But at this point in time, I don’t find any change in circumstances that would move me from changing my decision as to bond.”

Some people in the crowd appear to get frustrated by the decision as some faint scuffling and voices are heard. The judge then asked hecklers in the courtroom to leave if they will not allow for a smooth and uninterrupted hearing.

“If anyone in the gallery and you can’t otherwise control yourself or you want to make an inappropriate comment, you can leave at this point in time. No harm will come, and nothing else will occur,” Judge Glanville said.

The camera then turns to show several presumed family members, friends and supporters exiting the courtroom, while some continued to mumble in protest. Judge Glanville then raised his voice and said, “But if you remain in this courtroom and make any outbursts, I’ll have you arrested.”

When requesting for the third time to get Gunna bonded out until trial, his attorney argued that there wasn’t a “single person has actually made an accusation that [he] has threatened anybody.” However, the judge denied the request, citing concerns about the YSL star intimidating witnesses.

Just several days later, the “Drip Too Hard” emcee’s legal team filed a fourth motion for his bond hearing. In legal documents, his co-lead counsel Steven Sadow argued, “On three prior occasions, Defendant Kitchens has moved the Court for a reasonable bond. On each occasion, the State has made proffers at hearings that turned out to be false and/or misleading.”

“The State’s obvious willingness to say or do anything to deny Mr. Kitchens pretrial bail has failed to proffer a single violent act or a single threat to a witness by Kitchens or on Kitchens’ behalf,” the attorney added. “It’s failure to correct any of its exaggerations and false proffers is a blight on the Fulton County District Attorney’s office.”

Gunna, whose real name is Sergio Giavanni Kitchens, is among 28 persons associated with YSL who were charged in a 56-count Racketeer Influenced and Corrupt Organizations Act (RICO) indictment. YSL Records’ founder Young Thug is currently also in jail since he was arrested on May 9.