Those aren’t wedding bells ringing. Rose Byrne and Bobby Cannavale have been together for years and share children, but they aren’t legally married.

Swooning on Set! Actors Who Had Crushes on Their Costars

The Bridesmaids actress, 41, revealed that their biggest problem is planning. “I keep going, ‘Let’s get around to it, let’s do it.’ And then, you know, you have a baby, and then, oh, there’s another baby,” Byrne explained to the Sydney Morning Herald on Friday, July 16. “It was kind of like that for us.”

The couple has been together for nearly a decade and share two sons, Rocco, 5, and Rafa, 3. Cannavale, 51, is also dad to actor Jake Cannavale, 26, whom he shares with ex-wife Jenny Lumet. 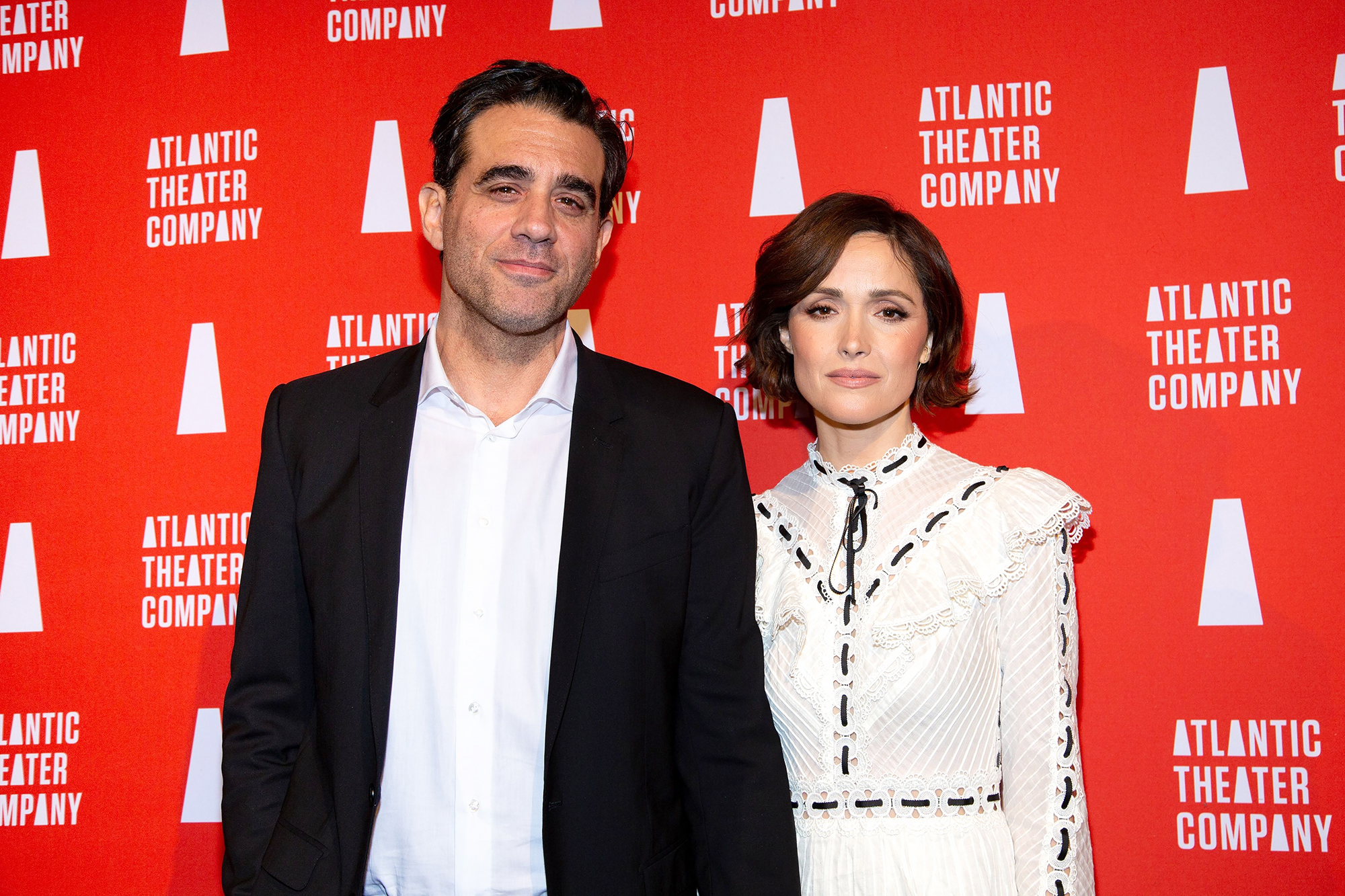 Byrne has never been married, and that’s mostly because it isn’t her top priority — especially amid the coronavirus pandemic. At the beginning of 2020, she and Cannavale moved from Brooklyn to Sydney temporarily, and they still haven’t returned to their U.S. home.

“I love weddings, and I know people [for whom] it’s an important thing, and I respect that totally,” the Physical star explained. “I guess for us it’s just been, we didn’t do it, we’ll do it, then – no! Pandemic.”

Byrne exclusively told Us Weekly in April 2019 that she wasn’t likely having another baby. “I can’t even think about that, I’m so busy,” the Australia native said at the time. “[My boys] are keeping me very busy. They’re physically very exhausting. They’re still so little as well, but it’s good!”

Celebs Who Made Cameos in the ‘Star Wars’ Films

Though they haven’t made it down the aisle yet, the parents work together plenty. After meeting through mutual friends in 2012, they starred in 2014’s Annie remake and indie comedy Adult Beginners. They enjoy working together, following up those flicks with Spy (2015), short film Martha the Monster (2017), an episode of Angie Tribeca (2018) and a revival of Euripides’ Medea on Broadway in January 2020.

The constant costars’ marital status isn’t stopping them from doing anything. The Irishman star explained in November 2020 that he has taken to calling Byrne his “wife” despite the lack of legal paperwork.

“I haven’t found a better word for it, to be honest,” Cannavale said at the time on The Late Late Show With James Corden. “Boyfriend/girlfriend feels too young, partner feels too clinical,” he said. “You know, my ‘lady partner’? That feels weird. So it’s just easier. People don’t ask questions when you say, ‘It’s my wife.’”

‘Bridesmaids’ Cast: Where Are They Now?

Similarly, Byrne calls the Mr. Robot alum her “husband” and even wears two bands on her ring finger, Vanity Fair reported in 2019.