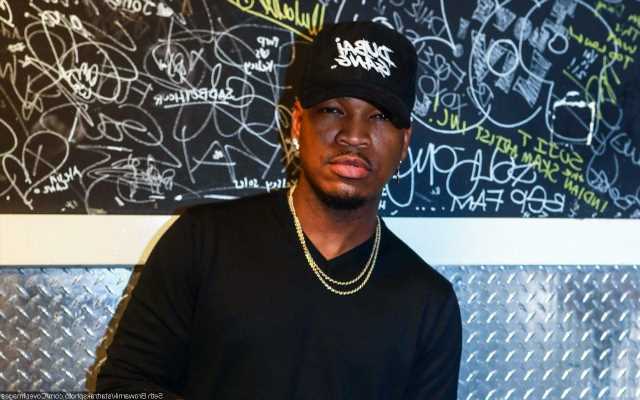 The woman appears to have a blast during her flirty interaction with the ‘Let Me Love You’ songwriter in what looks like a club, gushing that he is ‘the sweetest.’

AceShowbiz –Ne-Yo is clearly enjoying his single life. Amid his divorce from Crystal Smith due to alleged infidelity, the singer/songwriter has been caught getting handsy with a female fan during one of his latest outings.

It’s the fan herself who shared a video of her flirty interaction with Ne-Yo. In the raunchy clip, the 43-year-old star caressed the woman’s back and butt while she twerked in front of him in what looks like a club. The R&B artist also pulled the woman’s hair and outfit to get her closer to him as they were separated by a rail, before he spanked her bottom.

“YALLL I had a time with @Neyo last night,” the woman captioned the video, gushing, “He IS the sweetest.” She preemptively shut down the critics as adding, “Yall can’t say s**t to me no more. Don’t @ me, @ ya momma.”

While Ne-Yo’s face wasn’t seen in the video, the fan also shared a picture which she took with the “Stay” crooner. “Yall Neyo just held my hand and kissed it,” she went on sharing about their interaction.

Some social media users quickly shared their opinions on Ne-Yo’s interaction with the fan, with one calling out the “So Sick” hitmaker, “He’s another one. Honoring peasants when he had himself a queen.” Another blasted him as writing, “Dudes be throwing they wife and kids away just to go back to the club to be able to do this with no remorse.”

The woman later defended Ne-Yo and their viral dance moment. “Me and @neyo had nothing but pure fun with our people! Pure vibes,” she wrote in the comment section of The Shade Room’s post. “He was sweet af to all my friends even got a extra bottle to give us sho. Nothing but love!”

Ne-Yo’s wife Crystal filed for divorce from him in August amid allegations that he cheated on her with multiple women throughout their marriage. She wrote on social media at the time, “8 years of lies and deception. 8 years of unknowingly sharing my life and husband with numerous of women who sell their bodies to him unprotected … every last one of them! To say I’m heartbroken and disgusted is an understatement. To ask me to stay and accept it is absolutely insane. The mentality of a narcissist.”

Ne-Yo later claimed that her cheating allegations have cost him $400,000 in deals. He asked the court to make Crystal remove the post, but the judge has shut down his demand.