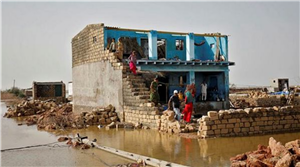 Power supply to 5,425 villages in 12 districts of Saurashtra-Kutch regions was disrupted on May 17 as Tauktae made landfall between Una in Gir Somnath and Rajula in Amreli district. Even as state-owned power companies were working overtime to restore its electricity distribution network destroyed by Cyclone Tauktae, as many as 709 villages of Sauarashtra continued to face blackout for the seventh day on Sunday.

However, the number of villages without power has been going down every day with repair and restoration work on a war-footing.

Power supply to 5,425 villages in 12 districts of Saurashtra-Kutch regions was disrupted on May 17 as Tauktae made landfall between Una in Gir Somnath and Rajula in Amreli district. Since then, the Paschim Gujarat Vij Company Limited (PGVCL) has restored power supply to 4,719 villages. The number of villages without power was 881 on Saturday. Supply was restored in 172 more villages by Sunday, bringing down the number of villages without power to 709.

Of the villages still facing blackout, 512 fall in Amreli circle, covering Amreli district and Una and Gir Gadhada talukas of adjoining Gir Somnath district. In Bhavnagar circle, 185 villages, mostly in Mahuva and Talaja talukas, are yet to get power. Junagadh district has 10 villages without power, while Botad has two, a PGVCL release said.

“Power has been restored to entire Amreli town and most of the northern part of the district. Now, only southern part along the coast remains. We have mobilsed DG sets to run pumps for distributing drinking water and also to run flour mills in villages,” said Amreli district collector Ayush Oak.

Rajula, Jafrabad and parts of Savarkundla and Khambha talukas account for the majority of villages without power in Amreli.

The Gujarat Energy Transmission Corporation (GETCO), a Gujarat government undertaking tasked with transmission of power, is also taking help of private players and has flown in engineers from West Bengal to repair its infrastructure. Its 220 KV sub-station in Dhokadva near Una has been damaged badly. In all, around 30 towers of its transmission lines in Amreli and Gir Somnath have been flattened by gusty winds.

Meanwhile, grid power supply was restored to Union Territory of Diu on Saturday as GETCO managed to restore 99-km long Timbdi-Diu section of its transmission line after repairing 22 of its double-pole structures and one tower.