Abhishek Banerjee on Thursday interacted with locals while visiting the cyclone-hit Tajpur and Shankarpur areas of East Midnapore. His visit coincided with the launch of the ‘Duare Tran’ (relief at your doorstep) initiative of the state government. 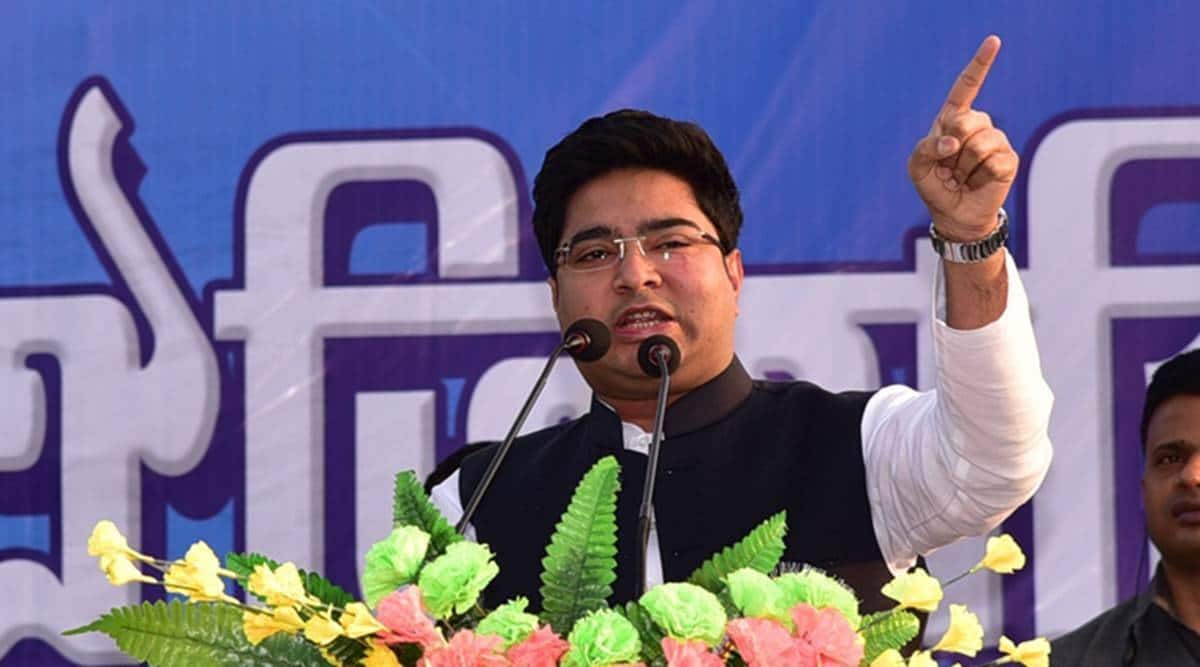 Trinamool Congress MP Abhishek Banerjee launched a scathing attack on Leader of the Opposition Suvendu Adhikari and his father Sisir Adhikari on Thursday, claiming that funds allotted for strengthening embankments in East Midnapore district were ‘misused’.

Purba Medinipur district happens to be the political stronghold of the Adhikari household.

Banerjee on Thursday interacted with locals while visiting the cyclone-hit Tajpur and Shankarpur areas of East Midnapore. His visit coincided with the launch of the ‘Duare Tran’ (relief at your doorstep) initiative of the state government.

Referring to the road lining the sea shore that connects Tajpur with Shankarpur, Banerjee, without taking any names, said, “Everyone knows who was in charge of Digha Shankarpur Development Authority when this road was built. People also know who was in charge of the irrigation department which built the guard wall along the coast and carried out strengthening work on the embankments to stop sea water from gushing into civilian areas. I don’t have to take names. Those who have misused public money will not be spared.”

Sisir Adhikari, who is still the Trinamool MP from Kanthi in East Midnapore district, was the chairman of the Digha-Shankarpur Development Authority (DSDA) at the time. He was removed from the post earlier this year by the state government after he followed in the footsteps of son Suvendu and joined the BJP. The latter held the Transport and
Irrigation and Waterways portfolios in Chief Minister Mamata Banerjee’s previous cabinet.

Cyclone Yaas, which hit West Bengal on May 25, left a trail of destruction in East Midnapore and South 24 Parganas districts.

Speaking on the breach in embankments caused by the cyclone, the TMC MP, who is also the CM’s nephew, said, “Money meant for developing these embankments was misused. It was not utilised properly, resulting in shoddy work. Those in charge of such work had no concern for the people. Did they leave the party anticipating that their poor work will come to light one day? Those who are responsible for this will be held accountable. The state government will act against them for their corrupt ways.”

Responding to Suvendu calling him a “minor in politics”, he said the same minor had arrived to hold “adult” to account for his alleged failures.

The Trinamool leader also urged villagers to submit details of the damage caused to their households and properties at the local panchayat office as part of the ‘Duare Tran’ initiative.

Responding to Abhishek’s charges, Adhikari senior said several projects commissioned by the DSDA in the coastal areas are set to be completed in the coming winter. “Almost 90 per cent of the work along the sea shore is complete. The cyclone
came before the rest of it could be completed,” he said.