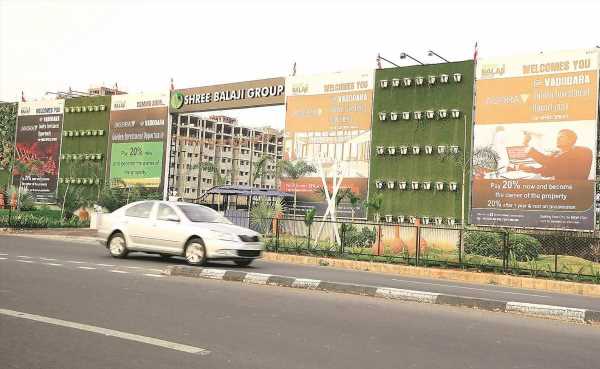 The Vishwamitri Bachao Samiti has stated that as against the permission granted by Airports Authority of India in 2016 for the construction of a tower of 49.81 metres, the developer has constructed a total of 107 metres for which the work is ongoing. 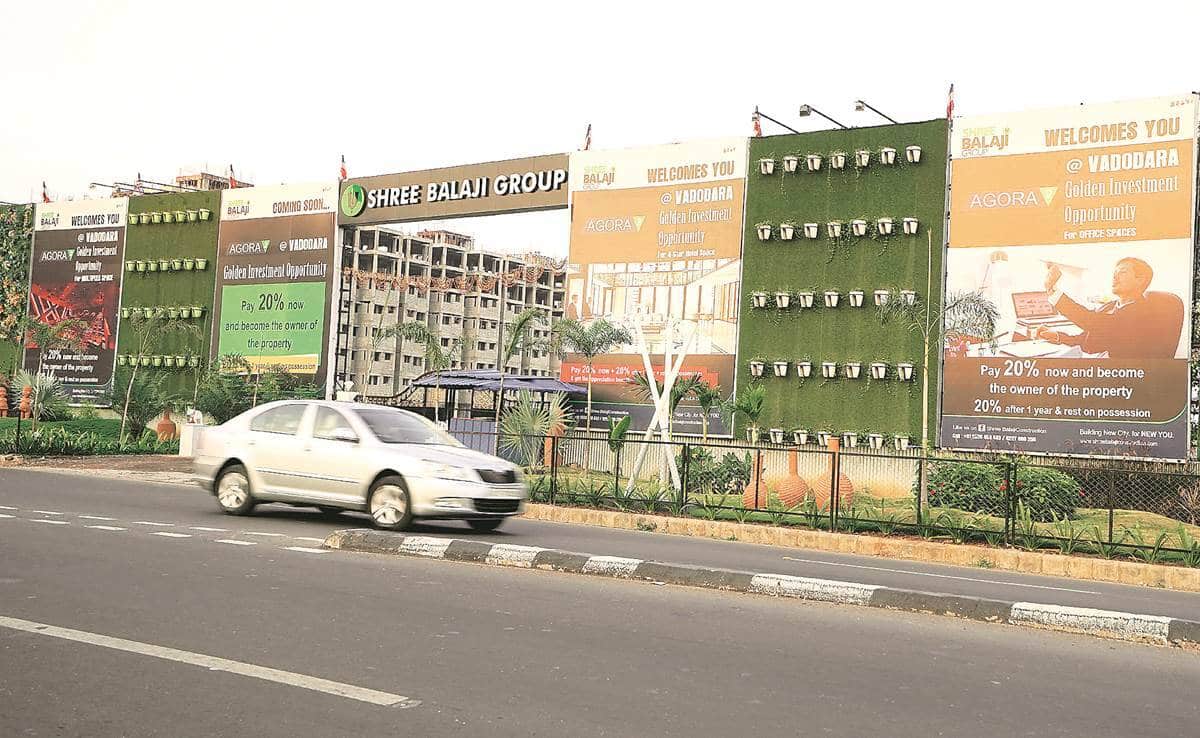 The controversial Agora Mall-2 City Centre on Mangal Pandey Road in Vadodara has run into yet another dispute. The Vishwamitri Bachao Samiti (VBS), which has been crusading against the alleged encroachments by the commercial project, on Friday demanded that the Vadodara Municipal Corporation (VMC) must immediately “demolish” 20 metres of the height of the structure, amounting to six floors that have been constructed in violation of the No-Objection-Certificate (NOC) issued by the Airports Authority of India (AAI) to the developer.

In a memorandum submitted to the Vadodara Municipal Commissioner Friday, VBS has annexed colour-coded maps of the location where Agora-2 stands, in the context of mandatory AAI permissions as the project is located close to the Vadodara airport and is in direct line of several flight paths for take-off and landing. The VBS has stated that as against the permission granted by AAI in 2016 for the construction of a tower of 49.81 metres, the developer has constructed a total of 107 metres for which the work is ongoing.

Interestingly, the developer of the commercial project has also been contracted by VMC for the Sanjaynagar slum rehabilitation scheme.

Advocate Shailesh Amin of VBS, who has also individually filed a PIL in the Gujarat High Court since 2015 against the alleged environmental violations, including the encroachment into the ravines of the flood-prone Vishwamitri River as well as the land adjoining the actual plot assigned for the project, has also demanded a vigilance inquiry against the VMC Town planning department and other officials, who have granted permission to build 70 metres from the ground level to the developer, “thus putting the life of air passengers flying to and from Vadodara in jeopardy”. The PIL is being heard in the HC.

In the memorandum, VBS has demanded that the permission granted to Agora Mall for construction of 18 floors and a height of 70 metres AMSL should be immediately cancelled and the towers constructed in violation of the norms of the AAI norms should be sealed. “VMC must immediately demolish the six floors of the towers that take the height to 22 metres, in order to prevent any air mishaps. The builder has already encroached upon the land and the ravine of the Vishwamitri river on the ground. Now, he (sic) is also encroaching the sky, but the VMC is yet to even serve notice as per provisions of the GDCR. The ongoing construction should be immediately suspended,” it stated.

The NOC for height clearance granted by AAI on September 23, 2016, to the developer was valid until September 22 this year. The NOC was granted as per the September 30, 2015, order of the Civil Aviation ministry for Safe and Regular Aircraft operations. As per the NOC of AAI, the calculated elevation of the ground from the mean-sea level was 34.504 metres and the permissible top elevation granted to the project was 84.31 metres with strict restrictions. The NOC also states that the structure height that can be constructed should be calculated by “subtracting the site elevation AMSL from the permissible top elevation AMSL”.

A letter dated June 30, 2021, of the VMC TDO, addressed to Manav Infrastructure Pvt Ltd accessed by The Indian Express, stated that VMC has granted permission to construct a tower of 70 metres in height. However, the officer has asked the developer to approach AAI for a “revised NOC” to construct the floors above 49.8 metres AMSL to receive the plinth check certificate from the civic body. “The VMC has granted permission to construct a 70 metres tall building but as per the NOC of the AAI, the height of the tower cannot exceed 49.8 metres. Therefore, in order to receive the plinth check certificate, it is a mandatory condition that a revised NOC should be acquired from AAI for the construction of the tower above 49.8 metres,” the letter stated.

However, Amin said, “The total top elevation of 84.31 metres includes the elevation of the ground from the mean-sea level of 34.504 metres, which means that the actual construction of the project can only be of about 49.836 metres. As against this, VMC in June 2021 has granted permission to the developer to construct a structure of 70 metres height from the ground. The current structure that has already been constructed by the developer measures 107.2 metres in the survey conducted by the AAI last month. It means that the developer has also exceeded the already exaggerated permission granted by TDO of VMC.”

The NOC also states that the permission would stand “null and void and a legal action would be initiated” against the developer if it is established at any stage that the project is in violation of the norms. Officials of the VMC refused to comment on the issue and said that the civic body has “already asked the developer to obtain a new NOC from AAI”, failing which, it will not receive the plinth check certificate.