In the meeting, the AIADMK passed a resolution opposing the Centre’s three-language policy and urged the scrapping of NEET. 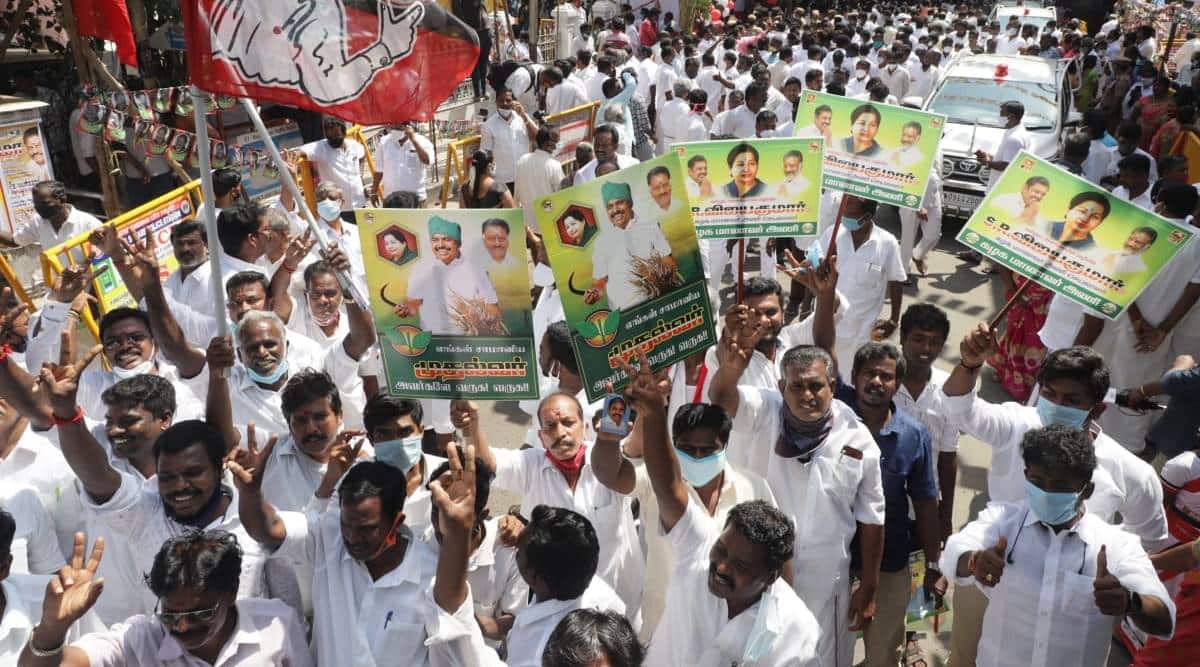 In a sign that the leadership tussle in All India Anna Dravida Munnetra Kazhagam (AIADMK) is to continue, the party failed to nominate a CM candidate for the upcoming 2021 Assembly elections in its executive meeting on Monday.

Hundreds of cadres gathered in front of the party office, which was decorated with banners and posters. Supporters of the rival EPS and OPS factions raised slogans for their leaders. A similar episode had played out a few weeks ago, when O Pannerselvam had called for an emergency meeting. However, there was no information on the 11-member steering committee, which has been the primary demand of the OPS faction ever since its merger with the party in 2017.

Meanwhile, the committee passed 15 resolutions in the meeting, including the AIADMK’s stand against the three-language policy. The party urged the Centre to scrap NEET, disburse Goods and Services Tax dues, and provide support for Covid-19 relief and other subsidies. Further, the committee condemned the Karnataka government’s initiative to construct a dam across the Cauvery river at Mekedatu.

The party also questioned the ‘cultural committee’ set up by Union culture minister Prahlad Patel to study the origin and evolution of Indian culture. The AIADMK said the panel should include members from south India, especially from Tamil Nadu.

For all the latest Chennai News, download Indian Express App.