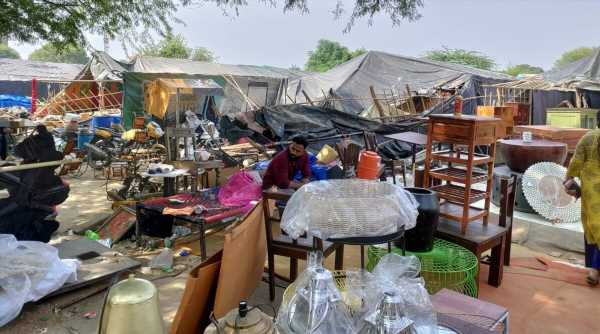 The market, which has come up in the last few years, has been home to over 2,000 people — mostly from the Gadiya Lohars nomadic community originally hailing from Chittorgarh, Rajasthan — who stay in shanties spread over a 25-acre area in Sector 56. 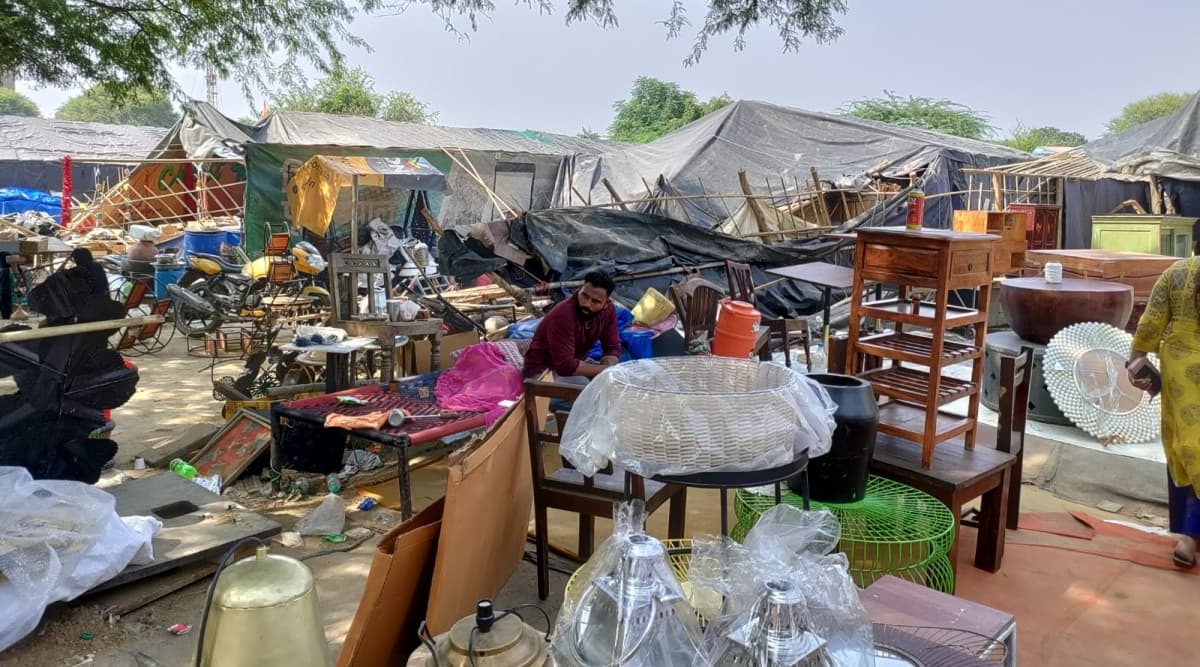 Two days after the Haryana Shahari Vikas Pradhikaran (HSVP) demolished over 250 makeshift shops and hutments to reclaim 25-acres of encroached land at Banjara market, a popular destination in Delhi-NCR for affordable home decor and furniture, the shopkeepers and their families stare at an uncertain future.

The market, which has come up in the last few years, has been home to over 2,000 people — mostly from the Gadiya Lohars nomadic community originally hailing from Chittorgarh, Rajasthan — who stay in shanties spread over a 25-acre area in Sector 56. On Tuesday, the enforcement team of HSVP, in the presence of a heavy police force, had demolished about 80 per cent of the shanties. The rest were given the notice to vacate the land within two days. 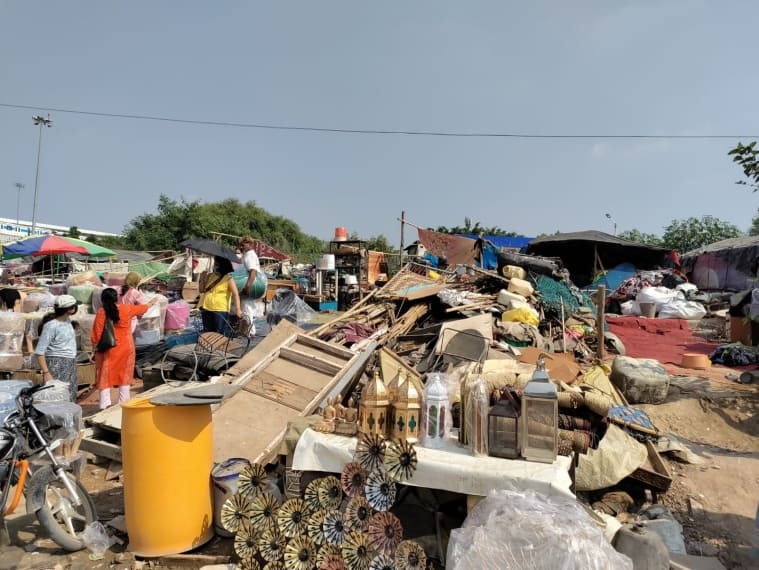 Mausam Devi, a shopkeeper, said, “We are living in perpetual fear of eviction. My hutment was demolished on Tuesday. We managed to save only half of the stocked wares and household supplies. The rest of my house is all gone, destroyed by an earthmover.”

She said that her family of five, including three children, slept under a tarpaulin on Tuesday night. “Shortly after the demolition, it started to rain in the evening. We don’t own any land. We are not educated. Where will we go? We have appealed to the authorities to allot some alternative space where we could make our living. We are ready to pay rent,” said Devi, who claimed she came to Gurgaon from Chittorgarh two decades ago.

Several shopkeepers said that some of their representatives had taken an overnight bus to Chandigarh to meet senior government officials to discuss the issue.

Arun Gadiya Lohar, 31, said he had been served a notice by the officials to vacate till October 10.

“Officials said if we don’t leave by then, they will use force to evict us. But, I do not know where to go or how I will survive? I have been living here since I was 13. After selling steel and scrap at several locations, my community members from Chittorgarh and I made a temporary hutment here and have been selling furniture and other items since. We bring items from Jodhpur and parts of Rajasthan and sell them here,” he said.

He added that he was clearing his stock now that the eviction seemed a certainty. “I managed to shift some of my stock into a tempo on Tuesday and I am now clearing this. I don’t know what the future holds,” said Arun. As the threat of market closure loomed, residents flocked to the market on Thursday to pick up household items — lamps, potted plants, vases, mirrors, tables, chairs — in a ‘distress sale’.

Guneet, a city-based professional, said, “I heard in media reports that Banjara market is facing closure. I have purchased several home decor items from here earlier. The range of items here is affordable and unique. So, I decided to pick up some items before Diwali.”

Jitender Kumar, estate officer 2, HSVP, said, “Another drive will be conducted in the next few days to reclaim the entire encroached land. Some shopkeepers in the interior area were served a notice on Tuesday to vacate within two days after they had requested time to shift their wares. In the last month, we have given several notices asking people to vacate the government land. However, they did not comply despite being given sufficient time. We are following the law of the land. No leniency shall be observed here. All illegal encroachments will be cleared.”

He added that 5.75 acres of the land had been allotted to the Income Tax department.

The 25-acre HSVP land has been earmarked for the construction of group housing societies and a bus stand.