The court directed the Delhi government’s principal secretary, health, to discuss the issue with the health institutions and report to the court next week. 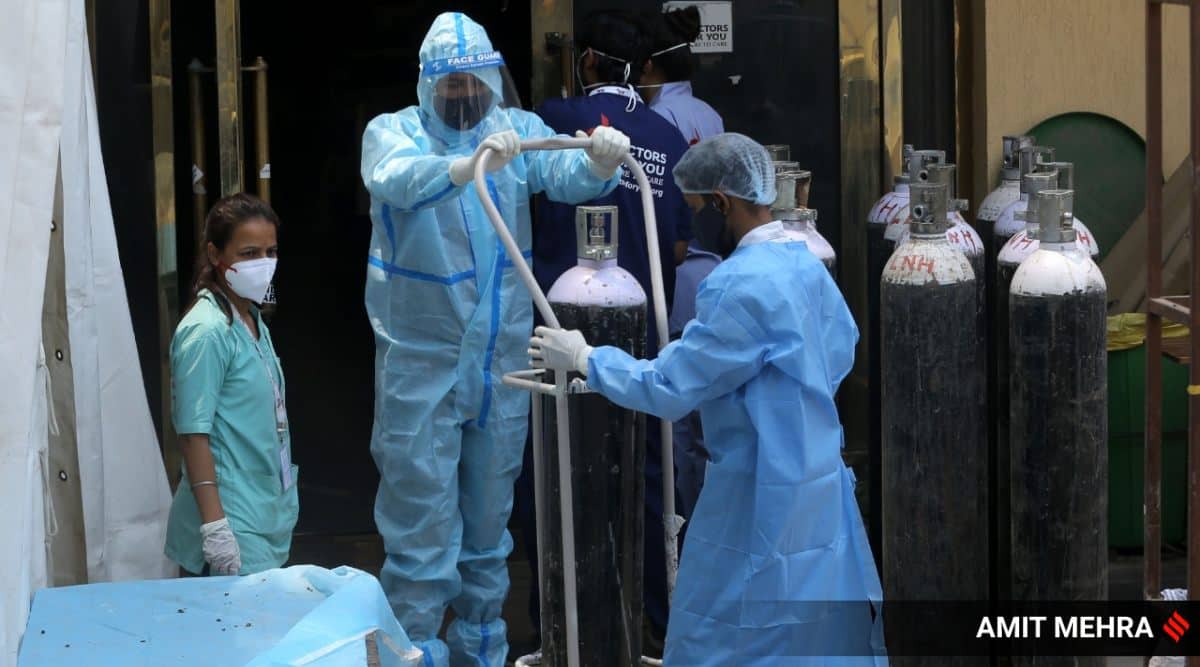 The Delhi High Court Thursday said it is “high time” large hospitals and nursing homes in the national capital install their own pressure swing adsorption (PSA) oxygen plants, with a capacity at least two times their normal requirement. The court directed the Delhi government’s principal secretary, health, to discuss the issue with the health institutions and report to the court next week.

“The bitter experience that everyone in the NCT of Delhi has had with huge shortage of medical oxygen has certainly left a lesson to be learnt, particularly by hospitals and nursing homes operating in Delhi,” said the division bench of Justices Vipin Sanghi and Jasmeet Singh in an order.

The court said the demand for medical oxygen due to the earlier surge in Covid cases went up by five times more than normal consumption. It said installation of captive infrastructure by hospitals would go a long way in reducing dependence on outside sources for medical oxygen if a similar situation were to arise in future.

“Considering the fact that the pandemic is once in a century event and, hopefully, we will see the end of it sooner than later, we are of the view that large hospitals and nursing homes with 100 beds or more should install PSA plants which should have twice the capacity than their normal requirement,” added the court.

Similarly, the court said, smaller hospitals and nursing homes with 50 or more beds and less than 100 beds should also install PSA plants or required infrastructure which should be sufficient to meet their normal requirement.

The court also took note of Chairman Max Healthcare Dr Abhay Soi’s submission that hospitals would be willing to install PSA plants in parking areas as that is the only open area available with them. However, the court also noted Soi had informed it that they should be allowed to make multi-level parkings at their own costs.

“Since installation of PSA plants would consume some open areas, it be appropriate for municipal corporations and DDA, wherever applicable, to bring about amends/relaxation of building bylaws with regard to ground coverage so that PSA plants could be installed without affecting parking spaces available with hospitals/nursing homes,” the division bench said, while ordering the amicus curiae, senior advocate Rajshekhar Rao, to convene a meeting to discuss the matter with chairpersons of the MCDs, chairman of the DDA, and representatives of the hospitals having 100 beds or more.

The court further said the directions with regard to installation of PSA plants or requisite infrastructure for medical oxygen will also apply to hospitals run by the Delhi government, Centre and MCDs as well the hospitals to be opened in future.

With regard to installation of PSA plants by the Centre and Delhi government, the court said most plants are yet to be installed and made operational. It added that installation of plants being sourced from local manufacturers should be prioritised to meet the demand that may arise, and directed both the Centre and Delhi government to designate nodal officers to monitor the same.

The court also warned hospitals and nursing homes of adverse action for failing to update data on bed occupancy and discharge status on the Delhi government website, and directed the principal secretary health to again communicate with health institutions in this regard.

“We hope and expect that hospitals and nursing homes would comply with the same. We would like to avoid taking any unpleasant action against the administration of hospitals and nursing homes. However, we make it clear that if we find there is deliberate and willful disobedience in this regard to our orders and directions, we would not hesitate to take precipitate action to ensure compliance of our order,” the bench said.