While BJP has already released a list of 30 star campaigners for Yogeshwar Dutt, Congress Rajya Sabha MP Deepender Hooda is spearheading the campaign for Narwal. 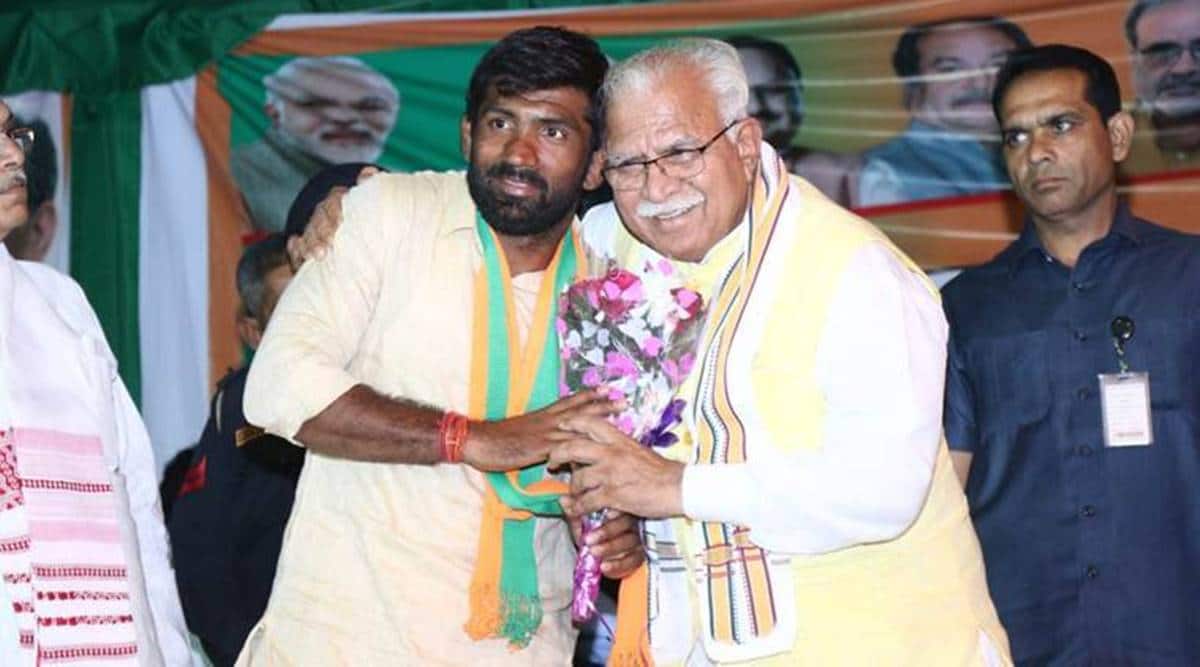 Both the candidates are conducting door-to-door campaigns primarily while small public gatherings too are being organised by the two parties. While Dutt is seeking support citing his achievements in sports and BJP’s overall development agenda, Congress is raking up the farmers’ protests and highlghting government’s shortcomings.

Chief Minister Manohar Lal Khattar and state BJP chief Om Prakash Dhankar had earlier termed Baroda bypoll as a “challenge for Congress” and “an opportunity for BJP”. Home Minister Anil Vij, among the party’s star campaigners, Saturday said, “There is no competition in Baroda. There is nobody in the race against BJP’s candidate. It is a clear victory for us”.

Meanwhile, trying to strike an emotional connect with constituents, Duttm addressing a public gathering, said, “I am a straight forward man and left my job to serve people of this constituency. Whatever difficulties people of Baroda had been facing, it is my foremost duty to help them get rid of those. In 2019 polls, I could not get enough time to meet people. But this time, I had been touring the constituency for many months. I have met people and established personal relationship with them, taken their blessings in almost each and every village of Baroda. I had learnt a lesson in childhood that we should not leave things unfinished. Whatever announcements, promises that our party has made, I will ensure that each and every such promise is fulfilled in the interest of our constituency”.

Deepender Hooda, on the other hand, has been describing Baroda bypoll as something that will bring a “historic turnaround in state’s politics”. Congress is mainly using the simmering anger among farmers against the three farm legislations to counter BJP’s campaign. Deepender is using his own image and part candidate Indu Raj’s farming background to woo the Congress votebank. Baroda has traditionally remained a Congress stronghold and BJP has never won from this assembly constituency.

“People should consider that Deepender is contesting Baroda bypoll. They should consider Indu Raj as Deepender only. If farmer knows how to form a government, a farmer also knows how to throw out an anti-farmer government. Indu Raj’s victory in Baroda will ensure that BJP-JJP government is voted out of power. If BJP has crores of rupees to spend, government machinery to help, Indu Raj has love of people of Baroda. BJP is going to bring over a 100 of its leaders to campaign in Baroda, but people of the constituency have already made up their mind to teach them a lesson. That is the reason, BJP leaders have to depend upon heavy police security to go among the people,” Deepender said.