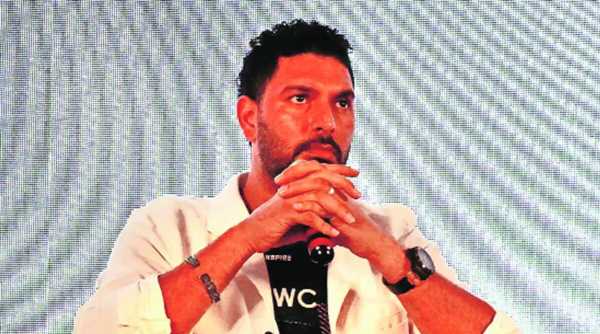 Yuvraj Singh had tweeted, "I understand that while I was having a conversation with my friends, I was misunderstood, which was unwarranted. However, as a responsible Indian I want to say that if I have unintentionally hurt anybody's sentiments or feelings, I would like to express regret for the same." The Punjab and Haryana High Court has issued a notice to the state of Haryana over a petition filed by former Indian cricketer Yuvraj Singh, seeking to quash the FIR registered against him at Hansi police station for allegedly making casteist remarks against Dalits.

Yuvraj had been booked under sections 153 A (promoting enmity between different groups on grounds of religion, race, place of birth, residence, language, etc, and doing acts prejudicial to maintenance of harmony), 153 B (imputations, assertions prejudicial to national integration) of the Indian Penal Code, read with Section 3 (1) (u) of the Scheduled Castes and the Scheduled Tribes (Prevention and Atrocities) Act on the complaint of a Hansi-based lawyer and activist, Rajat Kalsan. Kalsan had alleged that Yuvraj during an Instagram Live with India cricketer Rohit Sharma had made the objectionable remark while referring to another player.

In the quashing petition filed by Yuvraj, through his counsel Puneet Bali and Vibhav Jain, contended that in April 2020, he and his colleague Rohit Sharma did a live chat on a social media platform, Instagram, to discuss how lives had become amidst the pandemic and the then prevailing lockdown.

The former cricketer’s counsel Bali submitted before the Bench that subsequently, on June 5, 2020, Yuvraj also released a public statement apologizing and conveying his true intentions on the entire controversy, and clarified that the petitioner does not disparage anyone on the basis of colour, caste, creed or gender and that he believes in the dignity of life and has respect for each individual without exception.

Expressing regret over the comments, Singh had tweeted, “I understand that while I was having a conversation with my friends, I was misunderstood, which was unwarranted. However, as a responsible Indian I want to say that if I have unintentionally hurt anybody’s sentiments or feelings, I would like to express regret for the same.”

It was submitted that the term was not intended to hurt the sentiments of any community or person(s), whereas it was only a friendly comment made by the petitioner to his friends/ colleagues, who are not part of the respected Dalit community.

The Bench of Justice Amol Rattan Singh, after hearing the matter, issued a notice to the respondents for March 16, 2021. The order copy was yet to be released.