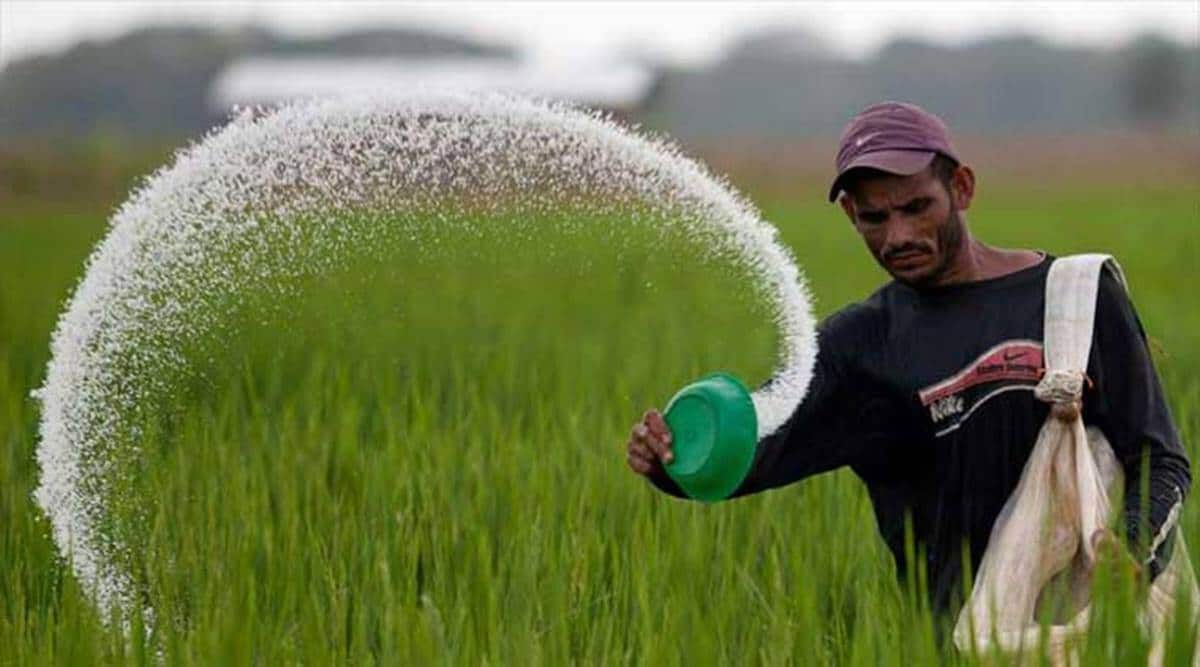 The Centre on Tuesday assured to supply 10 rakes of DAP (diammonium phosphate), five rakes of NPK (complex fertiliser) and two rakes of SSP (single super phosphate) within three-four days to Punjab. The assurance, by Union Chemicals and Fertilisers Minister Mansukh Mandaviya, came after Punjab Agriculture Minister Randeep Singh Nabha met him and raised the issue of shortage of fertilisers in the state.

The Punjab minister called upon Mandaviya in Delhi and told him that the total requirement of DAP for rabi crops in state is 5.50 lakh tonnes. Out of this, 4.80 lakh tonnes is required during October and November for timely sowing of the wheat crop, he added.

Giving details of the Union government’s supply plan and actual despatches for October 2021, Nabha said Punjab got only 80,951 tonnes DAP against the allocation plan of 1,97,250 tonnes, which translated into only 41 per cent of the total allocation.

“It shows step-motherly treatment meted out with Punjab on part of the Union government. We apprised the Union minister that Punjab, known as the food bowl of the nation, is being allocated a much lesser quantity of DAP in comparison to Uttar Pradesh and Haryana,” Nabha said.

The Punjab minister said the state has 0.74 lakh tonnes opening stock of DAP on October 1, 2021, as compared to 3.63 lakh tonnes last year on the same date.

The government has allocated only 1.97 lakh tonnes of DAP against the demand of 2.75 lakh tonnes during October 2021, Nabha said adding that it is being felt that a likely shortfall of this crucial input may appear for the sowing of wheat crop and only 20-25 days have been left for the complete sowing of wheat.
DAP is an essential input for ensuring optimum productiveity of wheat, which is sown on an area of about 35 lakh hectares in Punjab.

Punjab has demanded an additional allocation of 1.50 lakh tonnes of DAP to the state for October 2021 and expedites the supply of DAP, said Nabha.

“We have been writing the Union government for the past six months on this sensitive issue. We also informed the Union minister that the shortage of DAP at the onset of the rabi season can lead to farmers’ unrest,” Nabha said expressing hope that the Union government will stand by its commitment to supplying DAP.

Interacting with the media after the meeting, Nabha informed that the Union minister has said that the shortage of DAP was due to the non-availability of fertilisers in the international market and the Union government will ensure adequate supply of DAP to Punjab.

“During the meeting, we also demanded that the Union government must repeal the black farm laws, against those the farmers are protesting for the last one year. The farmers are feeling insecure as they argue that with these farmer laws, the big corporations will get away their farmlands,” said Nabha.
On the pink bollworm attack on the cotton crop, Nabha said Chief Minister Charanjit Singh Channni has promised compensation to the farmers. To save the cotton crop from such pest attacks in future, the state is working on adopting the the latest tube technology.