Double vaccination is mandatory for staff, including ushers, cleaners and those employed at food courts within the premises of these halls, as well as artists and actors engaging in live performances. 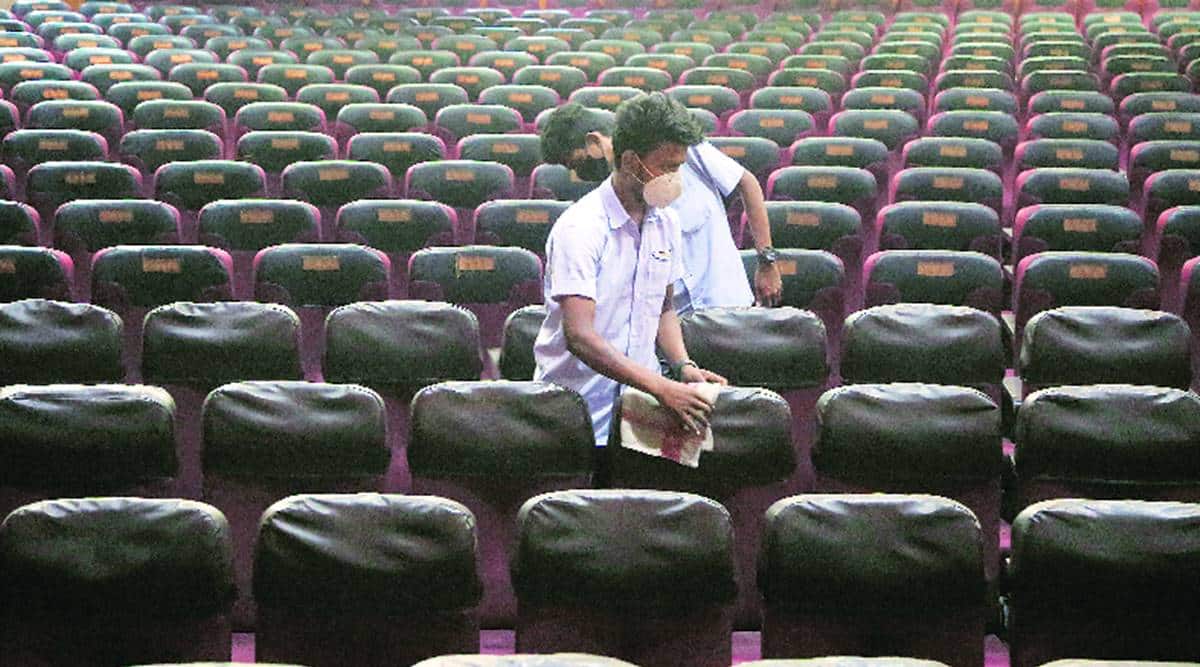 The Maharashtra government on Tuesday issued guidelines to allow the reopening of cinema halls, drama theatres and auditoriums. It has not mandated that only fully vaccinated people will be allowed entry, and has allowed people to show “safe status” on Aarogya Setu for entry.

However, double vaccination is mandatory for staff, including ushers, cleaners and those employed at food courts within the premises of these halls, as well as artists and actors engaging in live performances.

Cinema halls, single-screen theatres, drama theatres and auditoriums have been allowed to open from October 22 with 50% seating capacity.

The state government had on September 25 announced that the state would allow the reopening of cinemas and auditoriums from October 22.

“Aarogya Setu App showing safe status shall be mandatory for all visitors or as an alternative, visitors can show final Covid Vaccination Certificate,” stated the standard operating procedure (SOP) issued by the state.

The SOP further said that since the entry in the malls is restricted to only fully vaccinated citizens and children below 18 years of age, the cinema-goers can produce a ticket to enter the malls where multiplexes are situated.

However, cinema halls, drama theatres and auditoriums in containment zones will not be allowed to open.

All staffers, including those employed at the food court or engaged as ushers or cleaning services, must have received two doses of Covid vaccine and 14 days must have elapsed since the second dose. The same rule applies to the artists and staffers performing drams or engaged at drama theatres and auditoriums. Child artists may show “safe status” on the Aarogya Setu App, said the SOP.

The SOP further mandates that the cinema halls and drama theatres have to carry out sanitization of the screening halls and auditoriums after every show. “The cinemas, theatres, multiplexes, auditorium shall be sanitized after every screening,” the SOP said. “Frequent sanitization of the entire premises, common facilities, and all points which come into human contact, e.g., handles, railings, etc. shall be ensured.”

Meanwhile, the state also issued specific SOPs for drama theatres’ staffers and artists mandating that only designated people would be allowed to operate curtain and backstage property. “Strictly no guests be allowed in the backstage, green rooms,” said the SOP stating that the management will have to carry out daily fumigation within its premises.