Bhargav Bhutani who was running a design class in the complex was arrested. The other two accused named in the FIR, Harshil Vekarya and Jignesh Pagdal, are absconding. All three have been booked for culpable homicide. 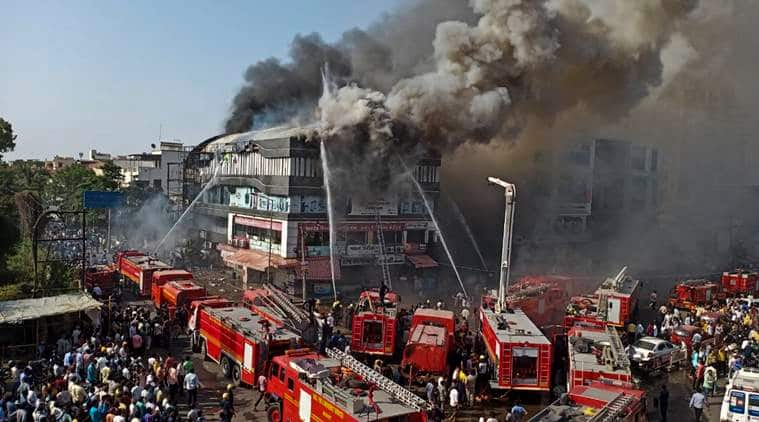 A day after a fire at Takshashila arcade in Sarthana area of Surat claimed the lives of 20 students, the police Saturday arrested one of the three accused who ran classes on the building’s illegally covered rooftop.

Bhargav Bhutani who was running a design class in the complex was arrested. All three have been booked for culpable homicide. The other two accused named in the FIR, Harshil Vekarya and Jignesh Pagdal, are absconding.

The three were running different summer courses on the floor where a fire broke out, reportedly from a fault in one of the electrical installations. The fire had consumed the entire wooden stairway which was the only entry and exit point to the building.

At least 16 girls burnt to death inside the building, while three died while trying to jump from its windows. Many are still reported missing. 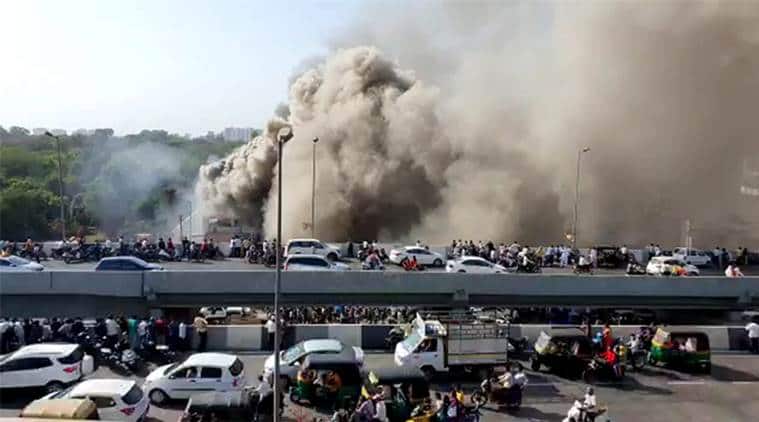 At least 35 students were attending various classes for fashion design, math and at a gymnasium when the fire broke out on Friday around 5 pm.