While the city civic body, Bruhat Bengaluru Mahanagara Palike (BBMP), has accused private labs of not following protocol — from swab collection to uploading results on Indian Council of Medical Research (ICMR) portal — many labs in the state capital say their capacity is stressed due to the high volume of tests. 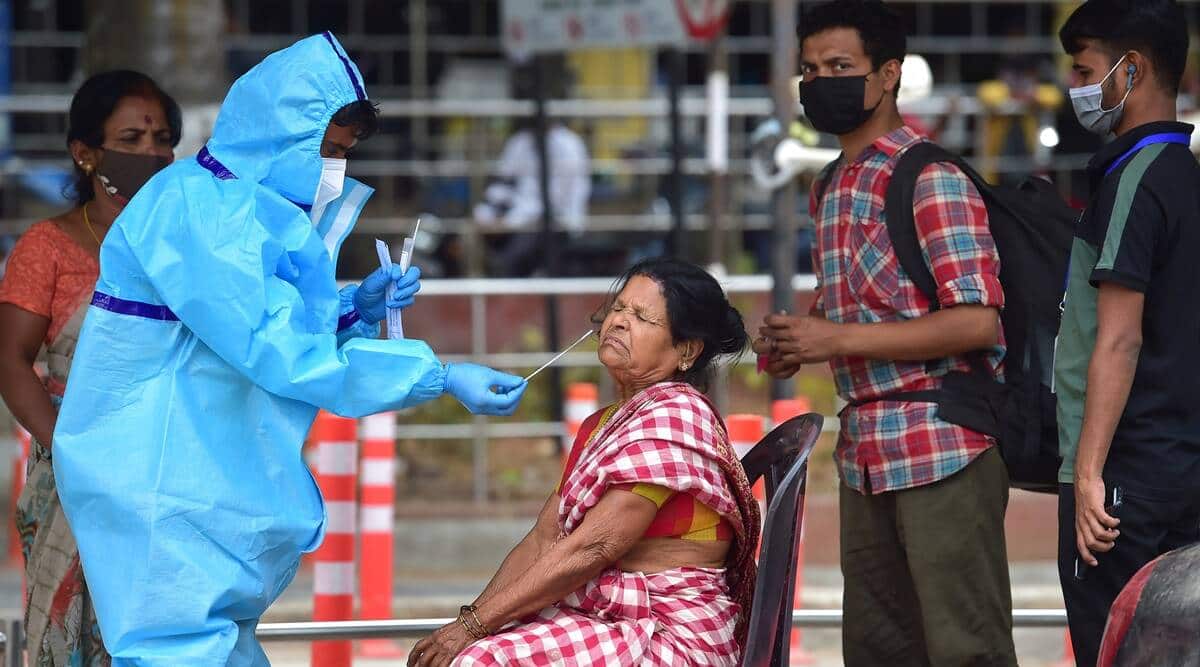 With daily Covid-19 cases rising beyond the 20,000 mark in Bengaluru, delays in releasing test results is leading to longer waits for patients seeking hospital beds.

While the city civic body, Bruhat Bengaluru Mahanagara Palike (BBMP), has accused private labs of not following protocol — from swab collection to uploading results on Indian Council of Medical Research (ICMR) portal — many labs in the state capital say their capacity is stressed due to the high volume of tests.

After a patient tests positive, a Patient Code (P Code) is generated based on the positive report uploaded on the ICMR portal. The BBMP COVID-19 War Room then assigns a BU code to the patient for admission in a hospital.

Several people indianexpress.com spoke to in Bengaluru, some of them with severe Covid symptoms, are desperately awaiting their reports since they cannot get hospital admission without a positive report.

A man, who didn’t want to be identified, said that he had to wait four days for the results. Another 40-year-old patient from Bengaluru east, whose oxygen levels have dropped below 94, said he is yet to receive his test report even after submitting samples to a private lab on April 16.

“We kept calling the BBMP helpline to get BU number…we had to take him to the nearest hospital which managed to stabilise him, but sent him back home since there are no beds,” one of his family members said.

According to V Ponnuraj, Head of Karnataka Covid War Room, the BU numbers are not getting generated in many cases because the test results are not being updated in the ICMR portal by labs.

The possible reason for this, according to Ponnuraj, is that the swab collectors of private labs don’t upload the patient’s details in the Government’s Swab Collection software. “Such cases will never come to our system and we would never be able to generate BU numbers,” he said.

Ponnuraj said hiring data entry operators to speed up work will reduce the test times. “This step is being taken by the BBMP Commissioner for government labs. For private labs, some sort of automation is being attempted by National Informatics Centre(NIC), Karnataka and, if it succeeds, the data entry requirement will get reduced and the result updation in the ICMR portal by labs can be speeded up. This can be used for government labs also if it fixes the data entry problem in private labs,” he added.

The BBMP recently initiated action against the five labs in Bengaluru, who were either not complying with the testing protocol or ignored the government directives to soon upload results on ICMR site.

On April 21, Jawaid Akhtar, the additional chief secretary of the Karnataka health and family welfare department, had ordered all laboratories to update Covid-19 test results within 24 hours to the ICMR portal.

“Private hospitals testing the patients when they walk in for check up, generally do not follow the protocol of SRF ID generation through NIC software but provide test result certification to the patient. This comes to our system only when the person doesn’t want admission to the same hospital as he or she may find the hospital unaffordable or wants to go to any other hospital. This also bypasses the system thus BU number does get generated,” Ponnuraj said.

“We generate BU numbers for all cases within one hour of labs updating the results in ICMR portal by fetching data from ICMR portal at every one-hour interval. Things can improve if the citizens start insisting on SRF ID before making payment for the swab collection and testing,” he added.

Meanwhile, the private labs in the city say that it is not possible to give results in 24 hours due to the increasing number of people coming for tests in the last few days.


“We are working 24/7 with more workforce and machinery to give results as soon as possible, but since the cases are increasing and people are coming to get tested the process of testing and uploading results are becoming late. We are trying our best with whatever resources we have,” said a private lab incharge from North Bengaluru.