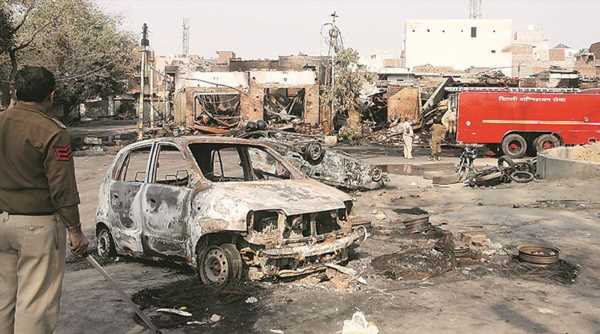 On February 24, Salman had left his home with his uncle, and was caught in the riots at Shiv Vihar while returning. He was shot in the head and died three days later. On February 24, Salman had left his home with his uncle, and was caught in the riots at Shiv Vihar while returning. He was shot in the head and died three days later.

The court said that a “peculiar situation has arisen that whether the trial can be permitted to proceed with assortment of accused persons from different religions purportedly acting under two different conspiracies and unlawful assemblies.”

“This is definitely going to prejudice the defence of accused persons from different religions,” the court said.

ASJ Yadav said that a “similar situation had arisen before a Gujarat court conducting the trial of Godhra communal riots”.

The court relied on a Gujarat High Court judgment titled Additional Sessions Judge V State of Gujarat 2011, which authorised separation of trial of the accused from two different communities.

“Bearing in mind the aforesaid judicial precedent, this court also deems it appropriate to separate the trial of the accused persons so that their defence may not even likely to get prejudiced,” the court said. The court directed DCP (Crime Branch) Dr Joy N Tirkey to furnish a complete set of chargesheet in physical form to the court within two weeks.

As per court documents, Furkan and Irshad were captured in CCTV at the scene of crime on the date of incident. The police have cited witness statements and their phone records to place them at the spot. Their lawyers, AA Khan and Abdul Gaffar, argued they were falsely implicated. The remaining accused were also caught in CCTV footage. Kuldeep, however, was arrested in another murder case and later booked in the present case. Their lawyers argued that witnesses were planted in this case.