The water level of Yamuna at the Wazirabad pond should be at least 674.5 feet. 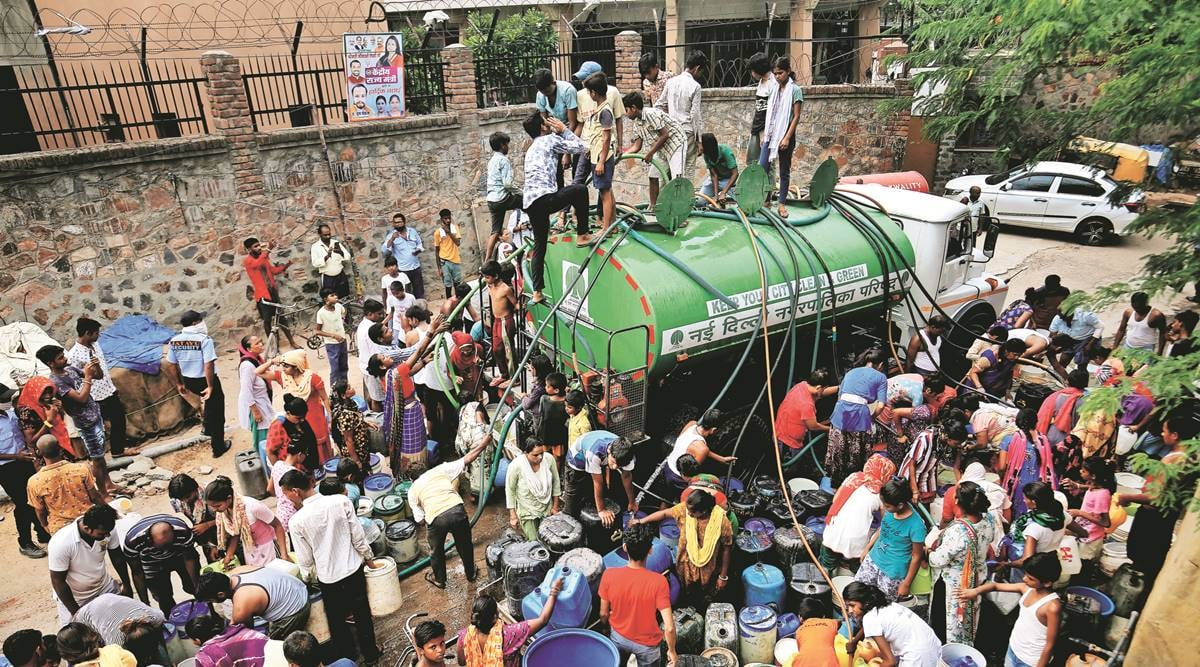 As the water level in the Wazirabad pond, which supplies water to treatment plants in the city, dipped to 667 feet, the Delhi Jal Board (DJB) approached the Supreme Court against the Haryana government for stopping water supply to the national capital. The water level of Yamuna at the Wazirabad pond should be at least 674.5 feet.

DJB vice-chairperson Raghav Chadha said that low supply from Haryana through the river might lead to scarcity in areas under the New Delhi Municipal Council as well as VIP areas such as the PM’s residence, Supreme Court, High Court and ministries. Parts of Central, West, and South Delhi will be affected too, he said.

While DJB has alleged that Haryana is not releasing 120 million gallons of water per day (MGD), the latter said it is providing its share despite water scarcity due to delayed monsoons. It also said the situation in Delhi is a result of “internal mismanagement”.

According to Chadha, the three WTPs that receive water from Haryana used to produce 245 MGD of water but are now producing only 154 MGD: “Firstly, in the Chandrawal WTP, wherein 90 MGD water was being treated every day, the number has now reduced to 55 MGD. At the second WTP in Wazirabad, 135 MGD of water was being treated daily. This has reduced to 80 MGD. Lastly, the third water treatment plant witnessing heavy water reduction is the Okhla one; here, daily production used to be 20 MGD but today it stands at 15 MGD.”

Responding to the allegations, Haryana Additional Chief Secretary (Irrigation) Devender Singh said: “Delhi has a share of 719 cusecs of water at Munak from Yamuna and Ravi Beas rivers. In addition to this, an extra 330 cusecs of water from the Yamuna is released by Haryana at Munak, in compliance with the Hon’ble Supreme Court orders dated 29-02-1996. Thus, Haryana is supplying 1,049 cusecs at Munak — or more than 950 cusecs of water (against 939 cusecs) at Bawana contact point through its canal system — which is more than their legitimate share.”

According to Singh, the Board, in its meetings has already verified the Haryana government’s position and that the petition in the Supreme Court had been disposed of on the basis of a report by a committee chaired by the Secretary, Ministry of Jal Shakti.

He added, “Thus, shortage of water in Delhi is totally internal mismanagement of Delhi and Haryana has no role in it. It is worth mentioning here that due to the delayed monsoon, Haryana is facing heavy water scarcity. But we are still maintaining water supply to Delhi without any reduction.”