The DCP said Dixit met Raj through his girlfriend and wanted to earn quick money. Payal also met Raj, who asked her to find businessmen to honey trap. 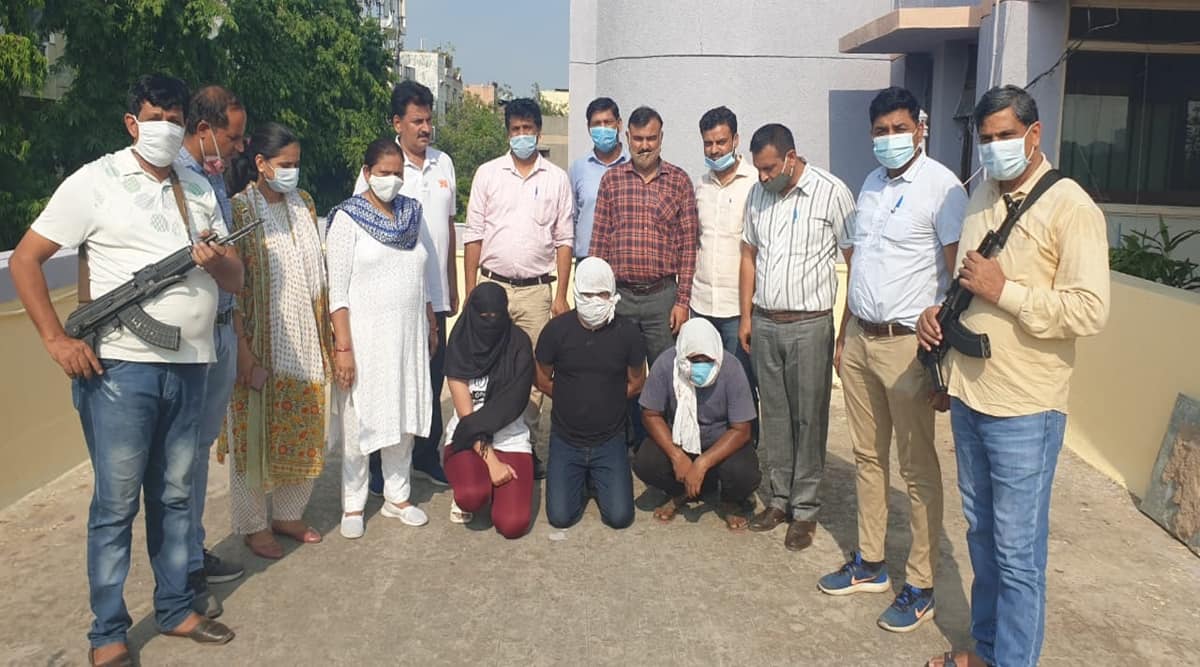 Three persons, including a 29-year-old software engineer, have been arrested by the Delhi Police Crime Branch for allegedly making an obscene video of a South Delhi businessman and blackmailing him. Police said the accused lured the businessman through Tinder, secretly filmed the video, and threatened to upload it online if he didn’t pay them Rs 1 crore.

DCP (Crime) Manoj C said the software engineer, Raj Kishor Singh (31), is the kingpin of the gang. The second accused has been identified as Aryan Dixit (28), an MBA graduate from Noida who runs an online garment business, and his friend Payal (29), a software engineer who lost her job during the lockdown.

According to police, Raj had been arrested in 2013 from Connaught Place on charges of molestation and was later released on bail.

The DCP said: “To fund his lavish lifestyle, Raj opened a spa in Gurgaon and recruited several women. Soon, the spa became a front for a prostitution racket. He demanded that the women honeytrap rich people by recording obscene videos in secret.”

The DCP said Dixit met Raj through his girlfriend and wanted to earn quick money. Payal also met Raj, who asked her to find businessmen to honey trap.

Explaining their modus-operandi, DCP Manoj said they looked for businessmen on Tinder and the woman chatted with them. “They lured their target by setting up a meeting with Payal… she had a handbag equipped with a spy camera. Using this, the accused recorded videos/pictures of the businessmen. Raj then called the victims and threatened to upload the intimate videos on social media unless they paid up. To save their reputation, their targets usually gave them money,” he added.

The arrests were made after police received a complaint from a cloth businessman, alleging that he was receiving calls demanding Rs 1 core for not releasing his obscene video on social media.

“A team led by inspectors Dinesh Kumar and Arun Sindhu identified the accused through technical surveillance. Raj was arrested from DLF-2, Gurgaon, Haryana. On his instance, the other two were also arrested. During the raid, we recovered two handbags fitted with spy cameras, a memory card, a USB pen drive, and a laptop containing videos/pictures of the victims,” he said.