The government has identified 90 acres of land in West Delhi’s Mundka to build the university and also announced that they will appoint an experienced sportsperson as the Vice-Chancellor of the university. 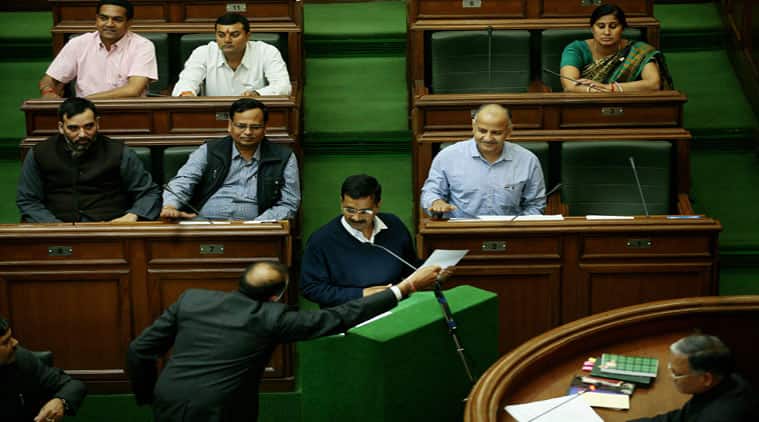 The Delhi legislative assembly Monday passed a bill to set up a sports university in the capital, with the stated goal of increasing the country’s medals tally in the Olympics.

“The Delhi Sports University is established with a national vision. We set specific targets to achieve. We hope that the students of Delhi Sports University will win three gold medals for India in the 2024 Olympics. In the 2028 Olympics to be held in Los Angeles, our students will win 10 gold medals for our country. We will identify 10-12 sporting sectors/areas where we have the sufficient skills. We do not have shortage of talented sportspersons. Good combination of sportspersons and coaches will yield better results,” Deputy Chief Minister Manish Sisodia said while introducing the bill in the assembly.

The university had first been announced by the Delhi government in October, and the Cabinet soon approved the proposal. The objective is for the university to offer graduate, post-graduate and doctoral degrees to sportspersons which will be on par with degrees from other universities such that they can pursue careers in other sectors as well. “We will create a team of people who have completely dedicated their lives, time and resources to sports. The Delhi Sports University will create conducive environment for a path-breaking system of sports administration,” said Sisodia.

The government has identified 90 acres of land in West Delhi’s Mundka to build the university and also announced that they will appoint an experienced sportsperson as the Vice-Chancellor of the university.

The primary objective of the university is “promotion of professional excellence in sports” through a Centre for Professional Excellence in Sports, with sports-specific divisions. “To ensure that such sportspersons are also equipped in educational and literary skills, the centre shall also have provisions and facilities for liberal academics to ensure that the trainees and sportspersons also obtain formal academic degrees of Delhi Sports University. In cases where the sportspersons may have been deprived of formal education, the respective sports divisions shall provide facilities for bridge courses to enable them to obtain formal academic degrees either from Delhi Sports University or some other institution,” said a government official.

It has also been proposed that the university will explore research in sporting systems and processes through six University Schools of Studies.

Commenting on India’s low medal tallies at the Olympics, CM Arvind Kejriwal said, “Sport is a unique arena where a nation’s capabilities are assessed. In the last 70 years, India won only 28 medals, whereas in 2016 Rio Olympics alone, China won 70 medals. Even smaller countries used to win more medals than us… There are shortcomings in our governance system.”