Improvement is expected starting the second half of Sunday, with light rain expected. Wind direction is expected to change to south easterly, reducing the impact of farm fires on Delhi’s air. 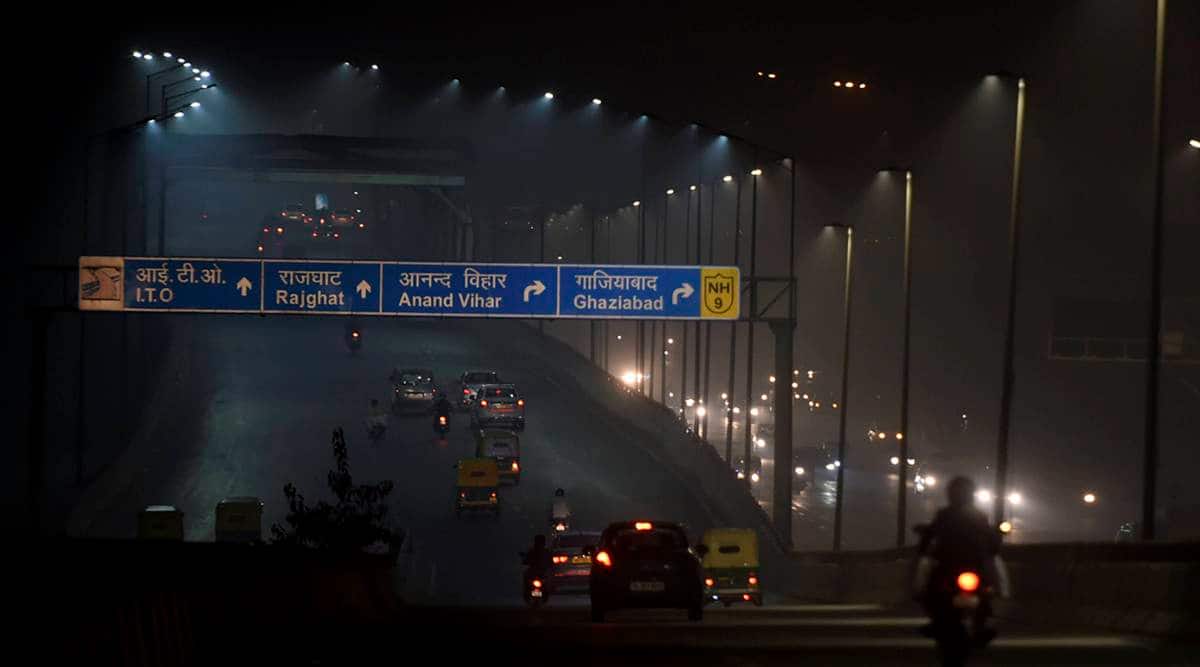 With many Delhiites ignoring the cracker ban in the city, the AQI was recorded as 414 – in the severe category. This was the worst AQI in the city since 2016 on Diwali. Improvement is expected starting the second half of Sunday, with light rain expected. Wind direction is expected to change to south easterly, reducing the impact of farm fires on Delhi’s air.

The city recorded a 24-hour average AQI of 337 on Diwali last year (October 27), and 368 and 400 in the next two days. Thereafter, pollution levels remained in the “severe” category for three days in a row.

In 2018, the 24-hour average AQI of 281 on Diwali – in the poor category. It deteriorated to 390 the next day and remained in the “severe” category on three consecutive days.

The share of stubble burning in PM 2.5 also increased from 14 per cent on Friday to 32 per cent on Saturday owing to transport-level North-Westerly winds with adequate speed, SAFAR said. Air quality is expected to remain in the severe category early, with some improvement expected later

“Isolated to scattered rainfall under the influence of fresh Western Disturbance by November 15 is also expected. These factors will greatly help in flushing out the impact of any additional locally generated emissions and biomass related impact to make AQI in the lower end of very poor by November 16,” SAFAR’s official forecast said.

IMD officials said improvement is expected as soon as Sunday afternoon as the wind speed is also expected to increase.

Delhi Police, meanwhile, Registered cases against 54 persons and arrested 55 for selling crackers till the ban was imposed. The total recovery of crackers so far is 3,407.852 kg.

Cases have been registered against 32 people and arrested 21 for bursting crackers.