The Jawaharlal Nehru University Students’ Union (JNUSU) president was addressing a group of students and teachers outside the university campus after it had shut its gates for the programme. 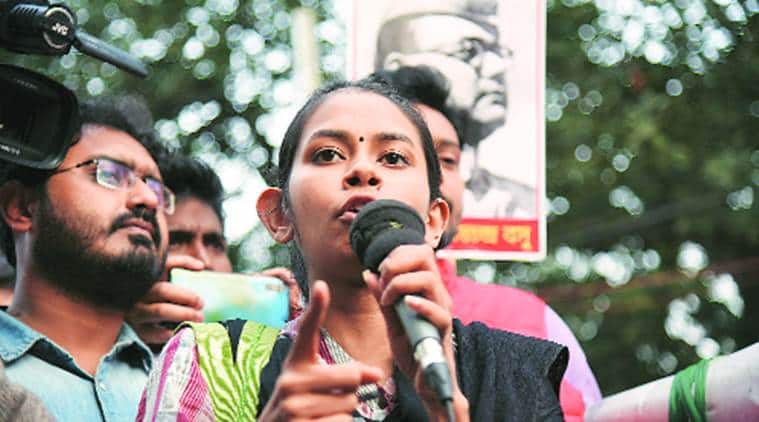 After Calcutta University denied permission for an event which was to be attended by JNU leader Aishe Ghosh, she on Thursday said the movement against the Citizenship Amendment Act (CAA), National Register of Citizens (NRC) and National Population Register (NPR) will continue for a long time, and that protesters should prepare themselves for it.

The Jawaharlal Nehru University Students’ Union (JNUSU) president was addressing a group of students and teachers outside the university campus after it had shut its gates for the programme.

“This movement against CAA, NRC and NPR is not very easy. It will continue for a long time. So, everybody should prepare themselves for that,” she said.

“If the objective of the fight is the same, everyone should hit the streets against the Hindutva forces without crossing each other’s path,” she said.

Ghosh’s comment came after police denied permission to her scheduled rally in Durgapur on Wednesday, saying it clashed with a rally of Chief Minister Mamata Banerjee.

The themes of the programme, organised by Left-leaning ‘Save Autonomy, Save University Forum’, were saving autonomy of universities, CAA, NRC and NPR.

Citing the reason behind its decision, the university said a political meeting involving participation of outsiders is against its tradition and that the organisers did not seek any permission for the programme.

However, the organisers said they had already applied for permission. Parthiba Basu, a member of the Calcutta University Teachers’ Association (CUTA), said, “The subject for meeting was save the autonomy of the university. Aishe is the face of this movement. The university refused to give permission despite the state government’s advice. This is very unfortunate.”

After learning about the university’s decision, a section of students, teachers and non-teaching staff raised slogans against the university. The protest was followed by Aishe’s speech in front of the main gate. She said JNU will organise a rally against the CAA and NRC from Mandi House to Parliament.

After her address, Ghosh participated in an SFI rally that started from College Street and ended at Shyambazar.

The JNUSU leader had suffered head injuries during the violence at the JNU on the night of January 5 as a group of masked people attacked students.