According to the department’s orders, the SRA will pay Rs 300 crore towards the expense, while the MHADA will bear a burden of another Rs 200 crore. The state government has also decided to dive into a dedicated funding line earmarked for building affordable housing for economically weaker sections to raise the remaining Rs 300 crore. 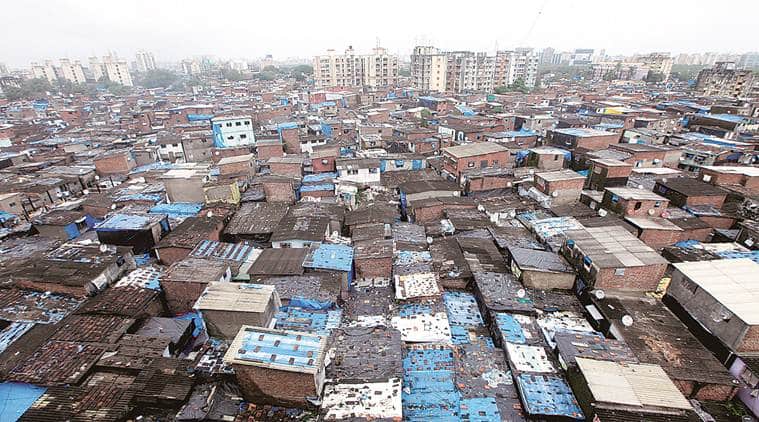 Just as the contract for the redevelopment of Dharavi, Asia’s largest slum, continues to be mired in delays, the state government on Tuesday achieved a key milestone. Initiating the process of inclusion of a 46-acre railway-owned land in Matunga in the reconstruction project, the state housing department issued orders for payment of an “upfront amount” of Rs 800 crore to the Railways in lieu of the land parcel.

Spread over 2.40 sq km and home to over 60,000 families, Dharavi stands on prime land in the heart of Mumbai, barely a stone’s throw from India’s richest business district, the Bandra Kurla Complex.

The Dharavi Redevelopment Project Authority (DRPA), a special purpose vehicle, had earlier demanded the railway land to construct transit shelters for over 30,000 slum families. Senior officials said that the railway land was ideally placed for building the transit tenements.

On February 24, Chief Minister Devendra Fadnavis had met Railways Minister Piyush Goyal for the land transfer, when it was given a go ahead.

But with the project’s developer yet to be appointed, the government on Tuesday decided to tap resources available with its own housing agencies — the Maharashtra Housing and Area Development Authority (MHADA) and the Slum Rehabilitation Authority (SRA) — for paying the Railways.

According to the department’s orders, the SRA will pay Rs 300 crore towards the expense, while the MHADA will bear a burden of another Rs 200 crore.

The state government has also decided to dive into a dedicated funding line — the Niwara Nidhi — earmarked for building affordable housing for economically weaker sections to raise the remaining Rs 300 crore.

The funds will be collected by the DRPA, which will then transfer it to the Railway Land Development Authority (RLDA). Railway officials said that this was perhaps the first occasion when a railway land was being sold.

While Chief Minister Devendra Fadnavis has sanctioned a revised plan for Dharavi redevelopment in November last year, sources said that formalities for the appointment of the developer were yet to be completed.

Incidentally, the DRPA, and later, a chief secretary-led committee, had recommended that Dubai-based infrastructure company SecLink, which had emerged as the top bidder of the Rs 26,000 crore project, should be awarded the contract. A letter of intent in this regard was also issued on March 8.

But the process has since been on hold, leading to questions being raised in certain sections over the government’s motive.

Meanwhile, on Tuesday, the state urban development department announced an intention to modify Mumbai’s development control regulations for the redevelopment project. As per the government’s directives, it has proposed that no premium fee would be collected from the developer while availing compensatory floor space index for the sale component in the Dharavi redevelopment project. It has invited suggestions and objections from the public in this regard.