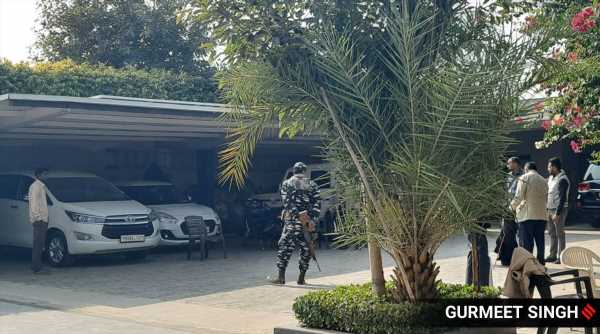 The Enforcement Directorate (ED) on Thursday conducted raids at the premises of Gurdeep Singh, the owner of Fastway Cable Network and Jujhar Bus Service, in Ludhiana, in connection with a money laundering case.

Earlier this year, Surinder Pal Singh, alias Pehalwan, who is reportedly close to the Shiromani Akali Dal chief Sukhbir Singh Badal, was booked by the ED in a money laundering case on the basis of a Punjab Vigilance Bureau probe. The ED had also included the names of Gurinderpal Singh, Amit Garg, Gurmesh Singh Gill, Mohit Kumar, along with two firms including Onkar builders and contractors and Rajinder and Company, as accused in the case.

A case was registered by the state vigilance bureau against Pehalwan in 2017. According to the vigilance probe, Pehalwan allotted works of around Rs 1,200 crore at skyrocketing price and he had also kept his black money in the accounts of fake companies as well as his family members. The vigilance bureau had also attached his 59 properties worth Rs. 26 crores at Mohali, Chandigarh, Ludhiana, Ropar etc. after the court’s order and also filed multiple challans in this case.

S P Singh joined as a junior engineer in Punjab Mandi Board in 1993. He was officiated as chief engineer in GMADA from February 2016 to October 2016.

S P Singh allegedly flouted the standard bid document (SBD) without any approval from higher authorities which was implemented by the state government to keep transparency in the bidding process and enhance the capacity of Ek Onkar Builders to allot big tenders to this firm.