Over the years hundreds of lakes have however disappeared. The main city alone had as many as 272 lakes around 50 years ago but there are only around 168 lakes remaining at present. 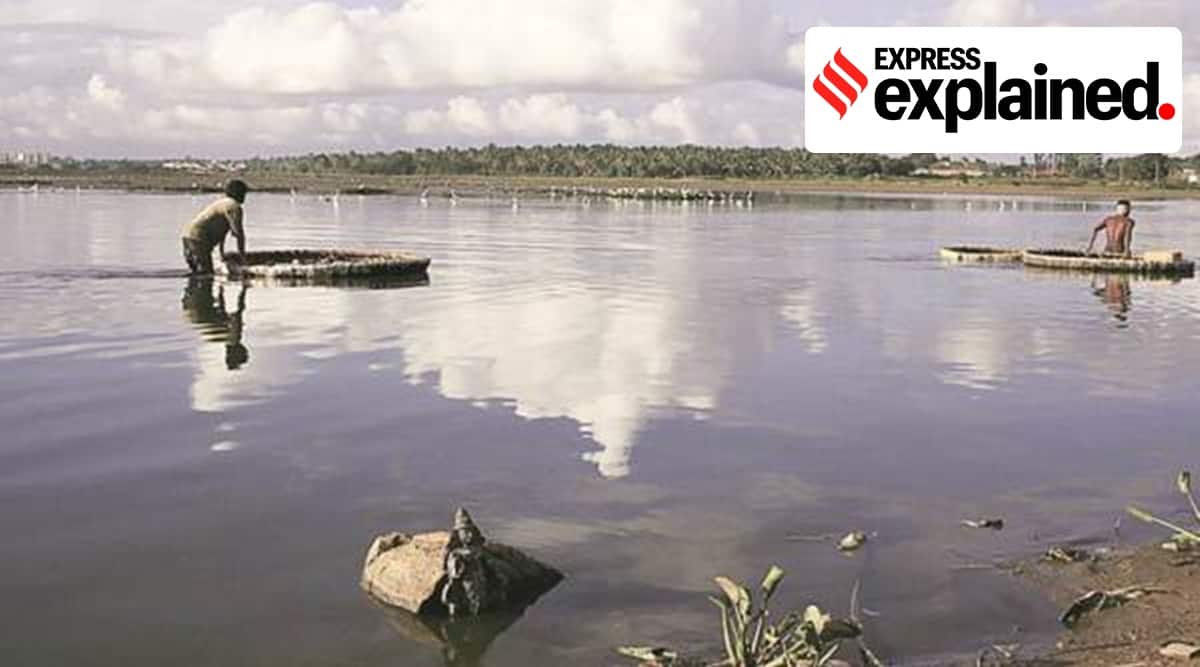 Long before Bengaluru became dependent on water pumped from the Cauvery River – located nearly 90 km away – for its drinking water needs, the city was being served by an elaborate natural lake system. The terrain of Bengaluru with hills and valleys provide a natural drainage system with small streams originating from ridges to form major streams that flow into major and minor lakes.

Over the years hundreds of lakes have however disappeared. The main city alone had as many as 272 lakes around 50 years ago but there are only around 168 lakes remaining at present.

According to a statement made by the Karnataka government in the state legislature, as many as 1,100 of the 1,500 lakes in Bengaluru and its larger urban and rural districts have had encroachments.

One of the consequences of lakes becoming prime real estate and even government agencies taking over lakes to set up bus stands, stadiums, research centres is a sharp decline in groundwater across the region. An Indian Institute of Science (IISc) report says that in localities where lakes existed groundwater was available at depths of 200-300 feet compared to the current scenario where borewells have to go to a depth of nearly 1,500 feet to find water.

In 2015, the Koliwad Committee – constituted by the state legislature – stated that prominent real estate developers and government bodies were major encroachers of lakes in Bengaluru. According to the report, about 10,787 acres of lake land worth Rs 1.5 lakh crore had been encroached upon.

The Karnataka High Court on June 17, 2019, directed the state government to rope in the National Environmental Engineering Research Institute (NEERI) to undertake an in-depth study of lakes in Bengaluru, ascertain the locations of the lakes that have disappeared and suggest restoration measures (short-term and long-term measures) for protection and rejuvenation of the existing lakes.

The Karnataka High Court’s monitoring of the condition of lakes in Bengaluru – along with citizen groups – has brought a semblance of protection for lakes in the city.

What impact does the loss of lakes have on Bengaluru?

A study by Dr TV Ramachandra, from the department of Centre for Ecological Sciences at IISc, found that in the period between 1970-2019, Bengaluru witnessed a 1055% increase in concrete area with 88% reduction in vegetation cover and 79% reduction of water bodies. The field investigations of 105 lakes conducted by the IISc revealed that during the 2015-16 period, 98% lakes were encroached upon for illegal buildings like high rise apartments, commercial buildings and slums and that sewage is flowing into 90% of the lakes in the city. 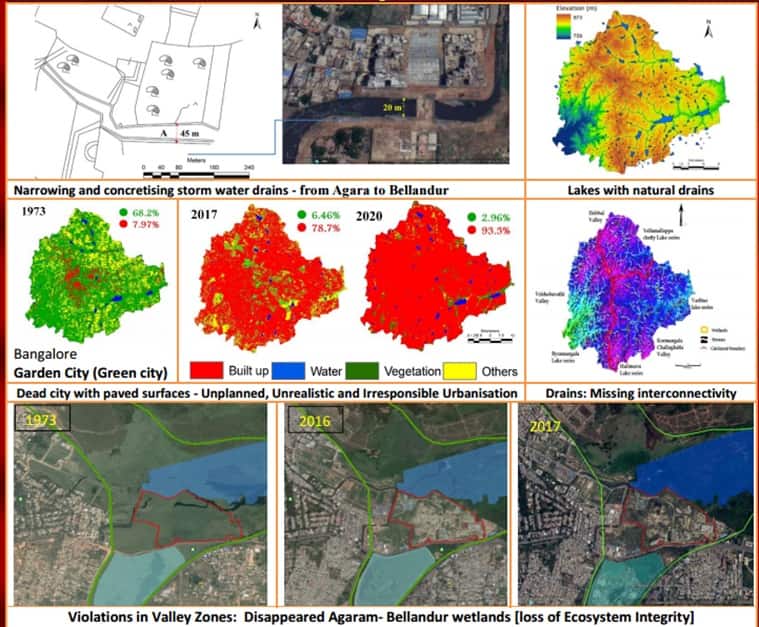 “The encroachment of lakes has led to the decline of the groundwater table in the city. At some locations people have dug wells and gone beyond 1,500 feet. Lakes are contaminated due to the sustained inflow of untreated industrial effluents and domestic sewage. The groundwater in the vicinity of lakes is contaminated which is evident from the higher nitrate levels and heavy metal in the groundwater. Indiscriminate dumping of municipal solid waste has also led to the contamination of groundwater,” Dr Ramachandra told The Indian Express.

What are the biggest hurdles that government agencies face in eviction of lake encroachers?

According to a senior government officer who is acting on the orders of the high court to evict encroachers, one of the biggest hurdles to removing encroachments is government agencies themselves – since the encroachments are very often legitimised by them.

“BDA is the biggest encroacher. The moment we go to demolish the property there is a public outrage because BDA has permitted them to construct houses. They have formed more than 22 layouts on lake beds. Unfortunately, the government regularises such encroachments and our hands are tied. We face heavy resistance while evicting the encroachers,” the officer said.

One of the other impediments is with regard to the ownership of lakes with civic agencies being evasive on ownership of properties that have come up on lakes. The Agara, Saneguruvanahalli, Chikkamarenahalli, Kacharkanahalli, Geddalahalli and Chelkere lakes have seen private properties come up on lake land. The revenue department has also granted lake area for various public/private purposes violating provisions of law. “We have to work on removing encroachments from 837 lakes and restore their buffer zones. As of now in the Bengaluru Urban district we have recovered more than 128 lakes. Every Saturday we evict encroachments,” said the Bengaluru Urban Deputy Commissioner J Manjunath.

What role has the Karnataka High Court played in the protection of lakes in Bengaluru?

Since the filing of a public interest litigation by citizens group called the Citizen Action Group in 2014 the Karnataka High Court has been seeking regular reports on lake protection measures from the state government. From 2019 till August 2021, a high court bench headed by the former chief justice of Karnataka Justice Abhay Sreenivas Oka has played a pro-active role in getting civic agencies and the Karnataka government to evict encroachments and protect the lakes of Bengaluru.

The Karnataka High Court this June ordered the state government to issue necessary instructions to remove encroachments from the water bodies in accordance with the Land Revenue Act. The court asked the government to carry out a survey of the lakes and tanks in Karnataka and to demarcate boundaries with fencing. The court also said that all lakes must have 30-meter buffer zones where no construction is permitted. The court has ordered the creation of District-level Lake Protection Committees – except for areas covered by municipal corporations.