Work on the renovation of the 5-floor hotel had begun this March, but was delayed due to the lockdown, said an official from the company Saturday. 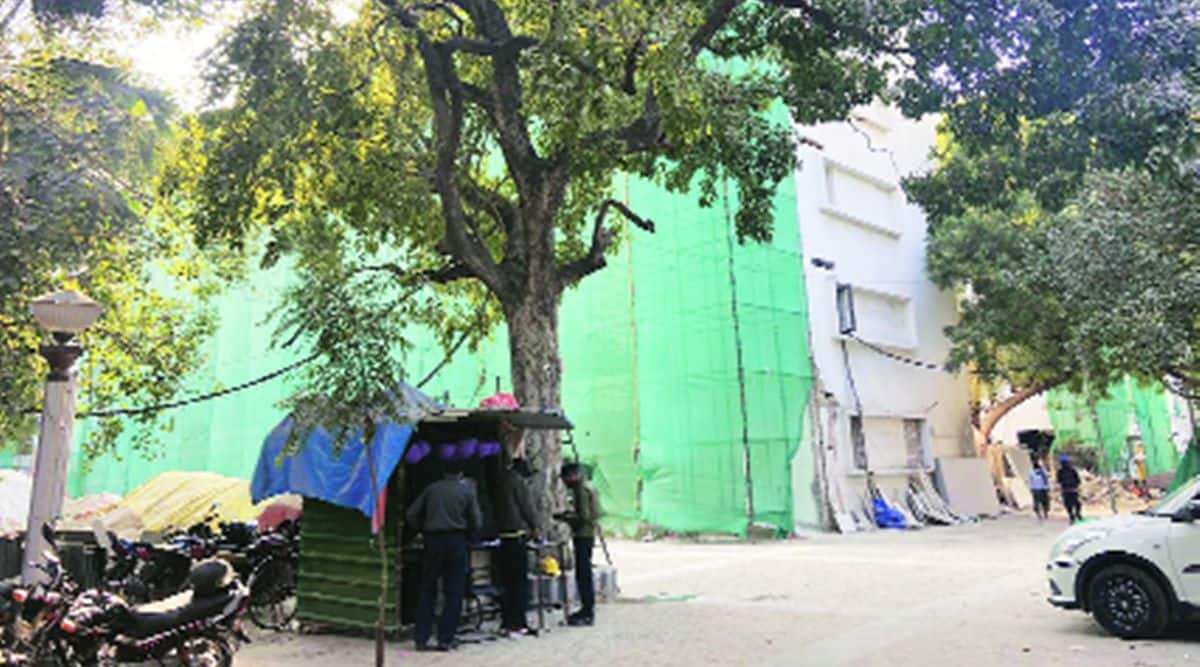 The Indira Gandhi National Centre for the Arts (IGNCA) on the Rajpath area, which will be demolished as part of the Central Vista Redevelopment project, will be temporarily shifted to the now unoccupied The Janpath Hotel. Renovations at the hotel will wrap up by February-March next year.

The Janpath Hotel was an India Tourism Development Corporation-owned enterprise before it became office for the ministry of tourism. It was handed over to the ministry of housing and urban affairs in late 2017.

On January 23 this year, the Central Public Works Department floated a tender for the renovation and repair of the hotel. The Dee Vee Projects Ltd, a Raipur-based construction company, had won the tender for Rs 90 crore, said an official at the ministry.

Work on the renovation of the 5-floor hotel had begun this March, but was delayed due to the lockdown, said an official from the company Saturday.

As part of the renovations, the building will be freshly whitewashed and painted, floors will be re-tiled, landscaping will be added and retrofitting measures will be taken.

“The hotel has auditoriums and galleries, in fact better ones than the IGNCA. A team of specialists will be hired to ensure that it is retrofitted in the right manner,” said the official.

The IGNCA, an academic and cultural institution, was established by Prime Minister Rajiv Gandhi in remembrance of Indira Gandhi on November 19, 1985.

In 1987, American architect Ralph Lerner won the international design competition for the IGNCA.

The current chairperson of the trust is Padma Shri awardee Ram Bahadur Rai, a Hindi journalist and former editor of Jansatta. Hindi lyricist Prasoon Joshi, art scholar of miniature paintings and Jain art Saryu Doshi, Bharatanatyam dancer Padma Subrahmanyam and others are part of the trust.

The Centre hosts an array of events such as dance and art performances, exhibitions, seminars, festivals and lectures related to Indian culture. It houses various lecture rooms, seminar halls and an auditorium.

In 1993, Jasbeer Sawnhey was appointed the associate architect and construction commenced in 1994-95.