In the beginning of May, there were 43 cases daily on an average in Dharavi. As of June 8, the average number of cases in Dharavi has come down to 27. By August, cases came down to single digit a day. 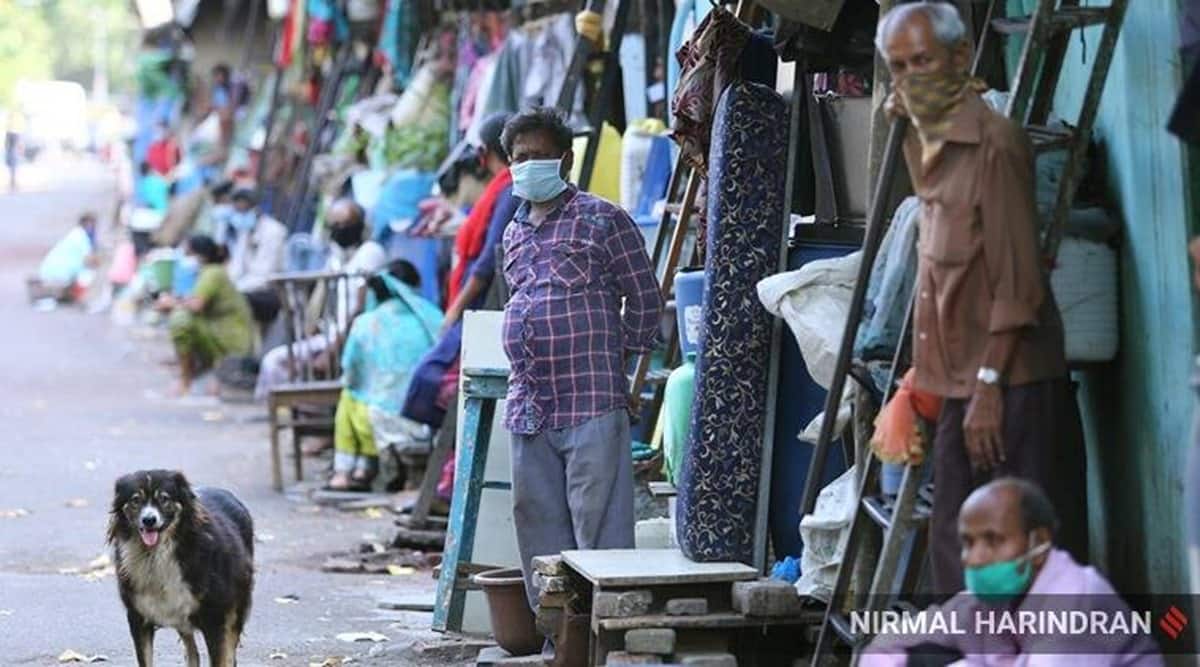 AFTER HAVING emerged as a Covid-19 hotspot in Mumbai by mid-April, Dharavi, has not recorded any new case on Friday since the first was reported on April 1.

According to the BMC data, since the pandemic broke out, Dharavi has reported 3,788 cases. It, however, has only 12 active cases now with eight in home quarantine and four in Covid care centres. The BMC was running nine quarantine facilities in schools, sports complexes, hostels and community halls to accommodate people. For providing critical care, the BMC took over five private hospitals in the area. Until June, more than 8,500 people were quarantined in such facilities.

So far, 312 people have died of Covid-19 in Dharavi, as per data released by the civic body. “We have been able to achieve no case in a day because of our simple trace, track, test and treat formula. There has been a lot of community engagement and cooperation in Dharavi,” said Kiran Dighavkar, Assistant Municipal Commissioner, G North ward.”

In the beginning of May, there were 43 cases daily on an average in Dharavi. As of June 8, the average number of cases in Dharavi has come down to 27. By August, cases came down to single digit a day.

On April 1, Dharavi reported its first case and also the first death due to the viral infection, albeit in a multi-storey residential complex in Baliga Nagar with good sanitisation facility and scope for distancing. But alarm bells rang four days later, when the virus found its way into one of the largest and most dense slum clusters in Mukund Nagar.

Shortly after, the BMC swung into action and launched a mass screening exercise for a population of 8.5 lakh spread across the slum. In addition to civic staff and volunteers, the BMC roped in 350 private and local practitioners from within the area, provided them with PPE kits, and asked them to open clinics; nine BMC dispensaries were also included along with fever camps, bringing detection to the doorstep. Vans were dispatched announcing Covid-19 symptoms and location of fever camps.