ATS officials said that the BSF man was 'passing on information to Pakistani handlers through WhatsApp messages'. 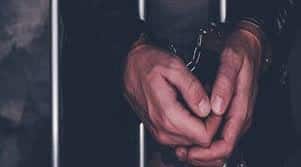 ATS officials said that the accused, Sajjad Mohammad Imtiyaz, a resident of Sarula village in Rajauri district of Jammu and Kashmir, is posted in the ‘A’ company of 74th battalion of the BSF at Gandhidham  in Kutch district, which is on the Indo-Pak border. According to ATS, Sajjad had joined the BSF as a constable back in 2012.

On Monday, a team of Gujarat ATS held Sajjad from the BSF headquarters in Kutch Bhuj for allegedly sending secret information to a handler in Pakistan in return for money. ATS officials said that Sajjad was “passing on the information through WhatsApp messages”.

A statement released by the Gujarat ATS, “We had received input from trustworthy sources that a personnel posted in BSF 74th battalion in Kutch Gandhidham has been involved in sending top secret and sensitive information of BSF to neighbour country via his cellphone. The accused Sajjad was using a registered cellphone number on his Adhaar card. He also has a passport registered from Jammu using which he travelled to Pakistan using Samjhauta Express from Attari Railway Station on December 1, 2011. Sajjad had stayed in Pakistan for a period of 46 days from December 1, 2011 to January 15, 2012.”

It added, “Further investigation revealed that Sajjad was using another sim card and call detail records (CDR) and IMEI number of his handset were probed which revealed that a third sim card was used by Sajjad on 14 and 15 January 2021. The third sim was registered under the name of one Satyapal Ghosh in Tripura. When the CDR of the third sim was probed, it was found that this number became active on November 7, 2020. Initially, two calls were made from mobile network company on this SIM and it was active on November 7, 8 and 9 2020. The sim card was then inactive from November 10, 2020 to December 25, 2020. The sim was then again active on December 25, 2020 and on January 15, 2021 around 12:38 pm, an SMS was received carrying OTP for whatsapp registration. This sim card then became inactive.”

ATS stated that Sajjad had reportedly received money through the accounts of his brother Wajid and friend Iqbal Rashid.

“Probe has revealed that the accused had sent the OTP received on his phone to Pakistan to register whatsapp on the particular SIM. Currently whatsapp is active on the particular SIM and it is being used by someone in Pakistan who was in touch with Sajjad. The accused Sajjad had received money through the accounts of his brother Wajid and friend Iqbal Rashid. The accused was arrested from the BSF Station Head Quarters in Kutch Bhuj and upon search, two mobile phone attached sim cards and two additional sim cards were found in his possession. Further investigation is on,” the statement further said.