According to officials, the three-storey structure was located on the premises of the Cargo Deluxe Company and served as a residence for its employees. 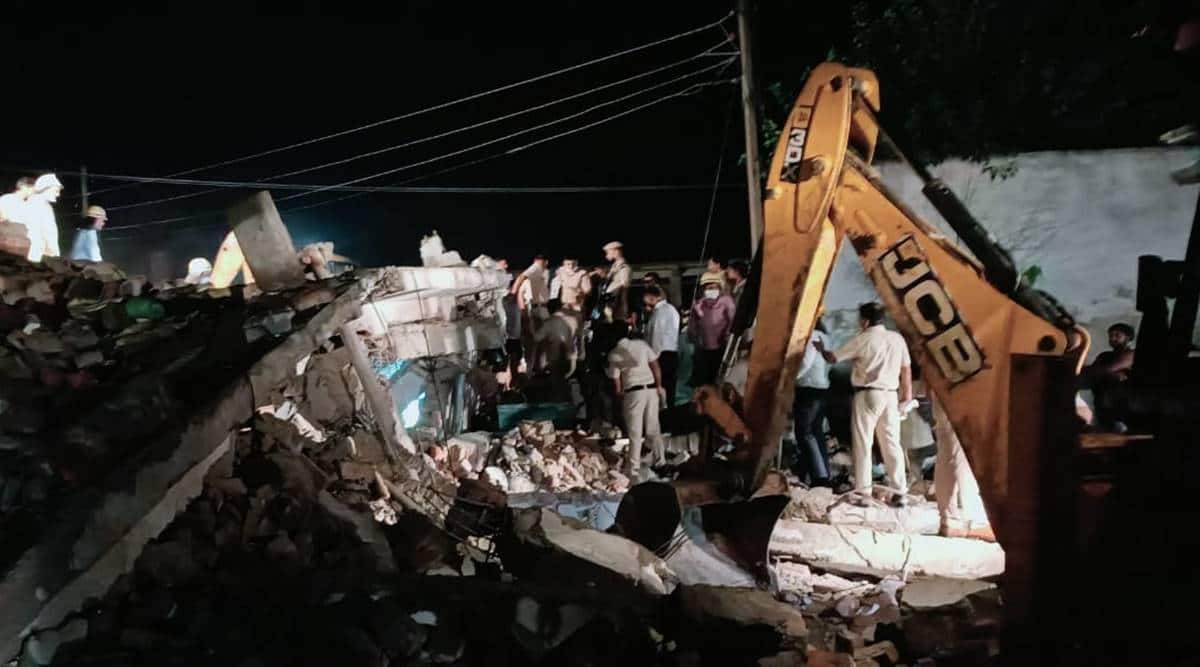 A three-storey building collapsed in Gurgaon’s Khawaspur village on Pataudi road Sunday evening, with officials from Gurgaon Police and district administration stating that “four to five people” are suspected to be buried under the rubble. One person has been rescued so far.

According to officials, the structure was located on the premises of the ‘Cargo Deluxe Company’, and served as a residence for its employees. It collapsed around 7 pm.

“This was a three-storey building. Eyewitnesses have told us that a pillar fell first and then the entire structure came down. We have rescued one person but don’t know how many were inside. The guard has told us four to five people were there, but we will be able to confirm only once the operation is complete,” said Rajiv Deshwal, DCP (Crime).

Officials said “local and district administration teams” have reached the spot, including Pataudi MLA Satya Prakash Jarawata, SDM Pradeep Kumar, the fire brigade, ambulances and senior officials of the administration, and rescue work has commenced on “war footing”. The NDRF team is also at the spot.

“Teams were dispatched to the spot as soon as we were alerted about the incident. Ambulance and doctors are at the spot. Relief and rescue operations are being carried out,” said Deputy Commissioner Yash Garg.

Additional Divisional Fire Officer Gulshan Kalra said, “This was a residential building. One person has been rescued and sent to the hospital, and we are on the verge of pulling out a second person.”