Rejecting speculations about change in CM, he said Yediyurappa was his leader and loyalty to the party was utmost important for him. 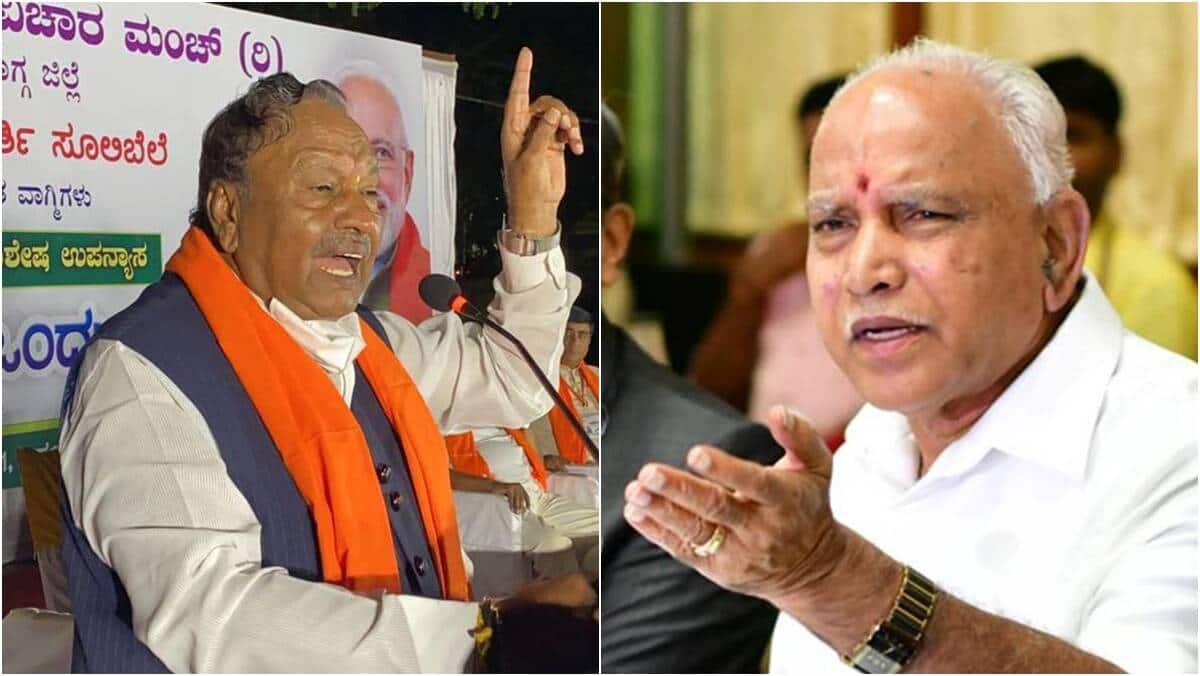 Defending his meeting with the Governor against Chief Minister B S Yediyurappa’s alleged direct interference in the affairs of his department, Karnataka Rural Development Minister K S Eshwarappa on Wednesday said it was to seek clarification and not to complain.

Rejecting speculations about change in CM, he said Yediyurappa was his leader and loyalty to the party was utmost important for him.

“I don’t want to talk much on this issue as our national leaders are intervening into it and I’m confident that they will resolve it.. as per Transaction of Business Rules 1977, CM cannot directly handle things. The CM can allocate money to departments but distributing it is left to the department,” Eshwarappa said.

Speaking to reporters in Bengaluru, the minister said he had gone to get clarification regarding this from Governor Vajubhai Vala, who has a long experience of 17-18 years as the Finance Minister in Gujarat.

“I had gone to get clarification, not to complain. Neither have I given, nor I will give any complaint.. as CM directly sanctioned money (to MLAs), to clarify regarding this I had gone to the Governor.. Other than this there is nothing,” he said, as he termed as ‘wrong’ reports of him complaining against Yediyurappa.

Eshwarappa, also a former state BJP president, on March 31 had met and submitted a five-page letter to the Governor on “serious lapses and authoritarian ways of running the administration” by the CM.

Subsequently, party General Secretary incharge of the state Arun Singh had disapproved of Eshwarappa’s conduct of going to the Governor, while several Ministers and party legislators had strongly backed the Chief Minister.

Ruling out any indiscipline on his part, Eshwarappa said he has neither publicly criticised nor complained against the CM till this moment.

Asked about his letters to party leaders like national General Secretary C T Ravi, he said, “They are our party leaders, instead of Ravi should I give it to JD(S) patriarch H D Deve Gowda or state Congress chief D K Shivakumar?”

Clarifying that he has only brought things to the notice of leaders who are part of “BJP family” and has not complained seeking any action, the senior Minister said he can never go against the interest of the party which is like mother for him.

Noting that he had also written to the Chief Minister expressing concerns regarding funds directly being sanctioned without bringing to his notice, Eshwarappa however did not wish to respond directly to a question whether he will meet Arun Singh, who will be visiting the state, regarding the controversy. “.. if possible will meet, if not no,” he added.

Eshwarappa, in his letter to the Governor had listed out instances like the Chief Minister sanctioning huge funds on the request of MLAs to the tune of Rs 774 crore under RDPR Department ignoring him, also works worth Rs 460 crore was sanctioned by bypassing him.

Responding to another query, Eshwarappa said there is no question of change in CM, and Leader of Opposition in the assembly Siddaramaiah doesn’t have any work, so he was uttering such things.

“Siddaramaiah is an expert in cooking up stories and he should be awarded Padmashree or Jnanapeeta or nobel prize for it, like they give it to poets, writers and literary figures,” he added.

Siddaramaiah had recently said that RSS and BJP national General Secretary (organisation) B L Santosh were behind Eshwarappa and Basanagouda Patil Yatnal (another BJP MLA who has been openly critical of Yediyurappa), with a plan to change the Chief Minister.