On March 10, the day a group of Shiromani Akali Dal MLAs from Punjab, led by former minister Bikramjit Majithia, had allegedly accosted Khattar demanding passage of a resolution by the Haryana Assembly against the three central agri laws. 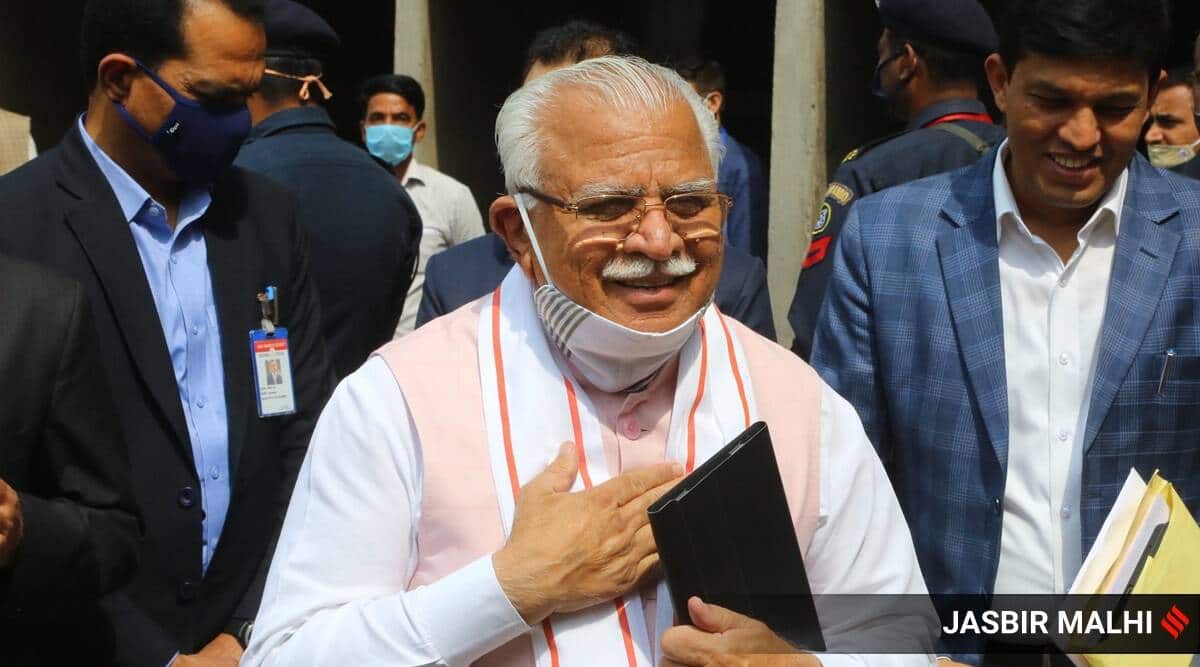 The Haryana Vidhan Sabha secretariat Friday decided to lodge an FIR against a group of Punjab MLAs for allegedly misbehaving with Haryana Chief Minister Manohar Lal Khattar in the Vidhan Sabha complex on March 10.

The decision was taken in a meeting chaired by Haryana Vidhan Sabha Speaker Gian Chand Gupta with state Home Secretary Rajeev Arora and DGP Manoj Yadava, besides other senior government and assembly officials, attending it.

It was also decided to take action against the police officials and security personnel deployed for Khattar’s security but found wanting in the discharge of their duty.

On March 10, the day a group of Shiromani Akali Dal MLAs from Punjab, led by former minister Bikramjit Majithia, had allegedly accosted Khattar and had demanded passage of a resolution by the Haryana Assembly against the three central agri laws.

The akali MLAs had also allegedly misbehaved with Haryana CM, an official said.

The incident would be probed by a joint team of the Haryana and Chandigarh officials, a statement issued by the secretariat said. The matter will also be taken up in Haryana Assembly on Monday, Speaker Gupta told the meeting, while pointing out that the Punjab legislators had behaved inappropriately.

Talking to reporters after presenting the state budget here Friday, Khattar said he talked to Shiromani Akali Dal chief Sukhbir Singh Badal too regarding the incident. “Sukhbir Badal said he was not aware of the incident and that such a thing should not have happened,” said Khattar.

Khattar also said the Akali MLAs were sitting in their cars much after the Punjab Assembly session had ended for the day. “When the day’s proceedings of the Haryana Assembly ended, I was interacting with media when they suddenly came out of their vehicles. What has happened was not appropriate,” said Khattar.

In the meeting, police officials informed Speaker Gupta that there are seven common routes to access Punjab and Haryana Vidhan Sabha premises, which are housed in a common building. In such a situation, it is difficult to regulate the movement of the members of the two Assemblies.

Meanwhile, on Haryana Vidhan Sabha secretariat’s decision to lodge an FIR against them, the Akali dal said their party has always stood for the welfare of farmers. It asserted the the party will continue to raise its voice against the “repression” of farmers and human rights activists in Haryana even if the Haryana government registered 10 cases against them.

“We will not be cowed down by registration of any case against us as is being threatened by the Haryana Vidhan Sabha speaker. We are even ready to go to jail for the cause of farmers. We will continue our agitation against the repressive policies of the Haryana government,” SAD legislative party leader Sharanjit Singh Dhillon added in a statement here.

“We used our democratic right to hold a peaceful protest against Haryana CM. We were protesting in our own Vidhan Sabha building premises,” he said.

“The Haryana government is trying to use the same repressive measures against us as it has done with the farmer agitation. We are, however, ready to make any sacrifice for the farmers’ cause,” he added.

The SAD MLAs, including legislative Dhillon, Majithia, Lakhbir Singh Lodhinangal and N K Sharma had condemned the Khattar government for “indulging in atrocities” against human rights activists Nodeep Kaur and Shiv Kumar, saying the torture inflicted on them was unimaginable in a democratic society.

They had demanded that all cases registered against the two human rights activists as well as hundreds of farmers, who were being “targeted” only because they opposed the farm laws, should be withdrawn.

The legislators also asked the Haryana government to dismiss police officials who had indulged in atrocities against the human rights activists in jails.

Soon after the Wednesday incident, Haryana Speaker Gupta had strongly objected to the Punjab MLAs’ behaviour and termed it “indecent”. Gupta had spoken to Punjab Assembly Speaker Rana K P Singh over the phone and urged him to take cognisance of the matter.